Love Is in the Air...
That Doesn't Mean
You Have to Breathe It 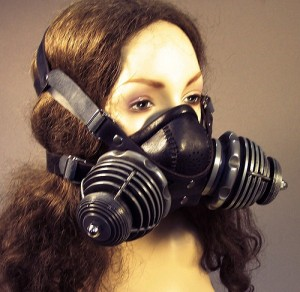 Intra-office affairs happen all the time. This is not a new subject, but it is one that is often debated. Those who think its okay to be involved with a co-worker usually already are. Those who don’t think it’s all right include those who have experienced such affairs, human resources, management, or anyone who understands the impact these relationships have on business.

It’s not surprising that co-workers get involved with one another. We spend 40-plus hours a week together, we lunch together, we work on projects together, we gossip, celebrate birthdays, go to happy hour, travel, politic, share offices and cubicles, etc. We spend a considerable amount of time with one another, and at the end of the day we are human. Business is emotional.

And office romance… well hell, it can be romantic. Think about any romance you’ve ever experienced. The excitement to see him or her, the e-mails or texts, the newness of it all. And a romance that is hidden during office hours is exciting!

But just because it feels good doesn’t mean it’s right.

Office romances can be fun for those involved, and sometimes they turn into long-term relationships or lead to marriage. To the happy couples out there to whom this applies, I’d like to say congratulations—but I won’t, because office romances aren’t just about the two people involved. They affect everyone, and depending upon the nature of the relationship, the effect on the organization can be toxic.

I once worked for a company that was riddled with office romance of the worst kind—senior managers involved with their direct subordinates. And it wasn’t just once. I lived through three of these relationships. And in each case, the Vice President (a male) was married, so not only were they office romances, they were extra-marital affairs. These guys were all supposed to be the leaders in our organization. They denied everything, but it was obvious to everyone what was going on. There was favoritism, conflict, and a huge strain on the office culture. It was pretty sick.

And it got in the way of business. We had a salesperson whose accounts were costing us money, but that didn’t matter because she was involved with the VP of Sales. We had an administrative coordinator who was uncooperative, deceitful, and had a personnel file thicker than an old phone book. But you didn’t dare ask why she wasn’t fired, and you couldn’t address missed deadlines or critical errors because she had a close working relationship with her boss. And there were more.

Then I had an employee…

You thought I was going to say that I got involved with that employee, didn’t you? Got ya!

I had an employee who got involved with a gentleman in another department. They kept it pretty quiet. I had two concerns about the relationship. First, how was their relationship affecting our department and the company, and second, how it would affect her long-term growth and development as a manager. From a business perspective, my concerns related to confidentiality. We all go home in the evening and share what happened during the day with our significant others, so now I had to worry about her sharing confidential information with someone outside of management. When we sat down and had our talk about their relationship, she was offended that I would think she would do such a thing. Guess what? She did. I don’t think it was intentional or malicious, but it happened.

When I talked to her about her own reputation and how their relationship could potentially limit her growth, she wouldn’t listen. Blinded by love—how sweet! After some time, their relationship ended, and the rest of the office got to deal with the break-up. She moved on, and we moved on. She moved on to a sales rep from one of the trucking companies we used. Inter-office, not intra-office, but still an issue. This girl just didn’t get it. Romance was her weakness, and it affected her performance. She was habitually tardy and had a bad attitude, and once these faults were properly documented, I fired her.

Love is in the air everywhere. But sometimes the air is bad. If it’s office air, don’t inhale. Keep it simple, keep it professional. Put on a mask if you have to.

The Business Use of Allegory