Give a Little:  You'll Get a Hell of a Lot More
Than You May Realize 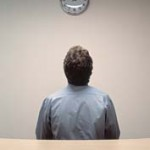 Several times a year, people in offices all over the US anxiously await the start of a holiday weekend. For many, this means the office closes early the day before the holiday so they can get on the road, catch their flight, or run last-minute errands. For others, the day before is treated like any other day, and you work until the normal end of the day. Then there are those for whom whether they will leave early or work a full day is unclear, and a point of frustration in the organizations for which they work. I used to work at one of those companies.

The last company I worked for never had an established policy for these holidays. The general rule was that we closed a couple of hours early the day before a holiday. The problem was that this “general rule” was an interpretation of past holiday closings, and was always a mystery to the employees. It was an unnecessary mystery that drove down morale in an already toxic workplace.

⦁    Department heads can decide for themselves whether to close the department early.

⦁    Ask HR. Ask the CFO. Ask the President. Ask somebody else.

⦁    You should be happy you have a job. Today is a normal work day. We’re not closing early.

No matter what the answer or decision was, the lack of any real policy—which left employees to interpret the six unwritten policies—did one thing to the organization:  it lowered morale. Without an established policy, people were left wondering, afraid to ask and frustrated at the inconsistent and unprofessional way management handled the issue.

I know this:  my department worked their butts off every day. When we had promotional orders come through at 10:00 at night we were in the office processing and printing labels so we could turn the orders and hit our store delivery dates. When times were tough, the team was tougher. They knew how to manage their workflow, and they worked well together. So when the holidays rolled around, giving them a few extra hours was a non-issue. They had earned it. It was a small gesture to say, “Thank you for your hard work,” and it made a difference.

Management that chooses not to establish policies is weak management. And management that doesn’t recognize the benefits of giving their employees small perks, such as leaving early before a holiday, is just stupid.

How Slow Must You Go to Win?