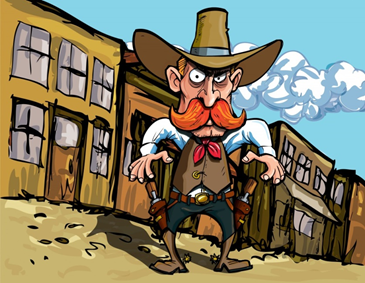 The last company I worked for was fraught with issues and opportunities. A lot of people couldn’t see past the issues to recognize the opportunities to make change and grow the business. For me it was that and more:  an opportunity to get in on the ground floor and grow my career, grow up, and experience the evolution of a company transitioning from a family-owned business through two private equity buy-outs.

In my 10 years with them, two monumental decisions were made because management believed these actions would turn the company around and help us meet our aggressive revenue and EBITDA goals.

Both events started the same way:  my boss came by my office and said we needed to meet immediately in his office. This wasn’t uncommon. His office was only one door down, so it was a quick shift into high gear as I grabbed my notebook and followed him out, not knowing what was up this time. There was always some kind of emergency, real or political. In Operations and IT we were used to putting out fires—and taking fire, too.

The First Time:  I sat down in my boss’s office. My counterpart, the Director of IT, entered, shut the door, and sat down. Immediately Mike explained to us that we were administering a reduction in workforce in 15 minutes. He advised us that he was about to read a scripted speech telling us what was to happen next. He read the script, informing us which employees would be released from our departments. Immediately after reading the names we were to find these employees and call them to his office to inform them of their termination. “Tell them we need to see them—nothing more—and escort them to my office,” he said. Each department in the organization would lose at least one person.

We’d had some conversations months earlier about the possibility of layoffs and about which employees we recommended for termination and why. I had a poor-performing employee and a new hire showing great potential in Operations. Although this could’ve have been an opportunity to rid my department of deadwood and move forward with a stronger team, the decision was “last hire, first fire.” I would lose a logistics coordinator at the corporate office and a returns administrator, a DC coordinator, and a warehouse manager in the distribution center. The HR manager participated in the brief, scripted employee meetings, and then we escorted the employees back to their desks to pack their things and escorted them to the door. This was the first time in company history that we had a workforce reduction. The company was rattled, but business went on.

Reducing workforce is one way of reducing expenses, but it should be one of the last tactics employed after all others have been exhausted. And cutting staff without changing how the business operates is a recipe for failure. It’s a temporary fix. In our case, that is exactly what happened. We reduced headcount, others picked up the slack, and some work just didn’t get done. As we rebounded and learned to operate in a leaner environment, we never changed how we managed the business or how we worked. We didn’t look in the mirror, honestly assess our failures, and make the necessary changes. We continued to sell to non-profitable customers, we continued to purchase too much inventory, we sold-in new products but never sold through. As I watched senior management continue to make the same mistakes month after month, and we continued to miss our revenue targets, I knew this was not the end.

The Second Time:  six to eight months after we’d issued the workforce reduction things hadn’t changed much in the company. We were “working harder, not smarter,” and still missing our goals. As we approached the end of each month we chased the numbers:  did we keep shipping or did we make the number? I knew something had to change.

And then there was the day I was visited again by Mike. He asked me to join him in his office. Nothing about his body language or tone of voice gave any hint of what I was about to hear. Drew, the IT director, and I sat down in Mike’s office. He shut the door, sat down, and delivered a message that would forever change the organization. Frank, the founder and CEO, was terminated, effective immediately. There was to be a manager’s meeting in the main conference room in 10 minutes to meet the new CEO, Ron Dairy. With little time to process what was happening, we walked to the conference room. Met by the equity partners and the rest of the management team, Frank briefly spoke and turned the floor over to Ron. Ron introduced himself to the team and was officially on board as the new leader. The meeting broke. I shook Ron’s hand, briefly said my hellos, hugged Frank, and like that, it was done.

Frank’s was a rags-to-riches story. He had created this business. He hired me, and together with a team of talented individuals, we’d taken this company from a toddler to a teenager. Frank left the building immediately while Ron was whisked upstairs with the equity partners for more meetings, and we broke the news to our respective departments. A company-wide meeting was scheduled for later in the afternoon for the organization to meet CEO Ron Dairy. It was a surreal day.

I understood what it meant to have a new sheriff in town. Things were about to change, and they would get much more interesting.

What happens when a new CEO comes on board? Stay tuned and I'll tell you all about it.