Are You Talking to Me? 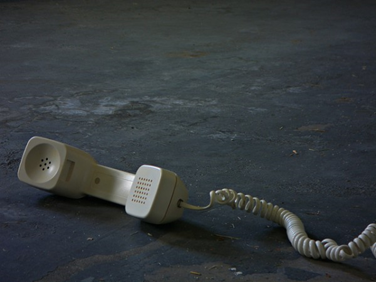 E-mail and text messages are the new conversation. Picking up a phone and calling someone is preposterous today unless the subject of the conversation is too long to text or it’s a pre-scheduled, planned call with a date, time, and subject.

Technology is a good thing, but we are addicted to our smartphones. We share our lives via Facebook and Twitter. We’re living socially, but we are less social than ever because a basic human interaction—conversation—is dying. People are saying a lot, but they aren’t talking anymore.

When someone makes a call, if the other party doesn’t answer, then they don’t leave a message. Why leave a message when you have caller ID? I check caller ID, but rarely do I listen to voicemail. How many times have you called someone and then hung up when they didn’t answer—and instead of returning your call, they send you a text message?

I hear it all the time, “I’d rather text than call.” People prefer not to speak to other people. It frightens me to think about what these new ways of communicating are leading to. At some point, will a basic "Good Morning" when you pass someone on the street cease to exist?

E-mail is a great tool, but it isn’t the same as having a conversation. E-mail does not have tone, which is why e-mails can be misinterpreted. When someone reads an e-mail, they interpret it through their own emotions, missing the inflection of the author. The writer’s intent gets lost, and each recipient interprets the e-mail based upon their attitude, opinion, and relationship with the writer. It’s like the telephone game—so much gets lost in translation, and in this case the translation is riddled with emotion and preconceived notions.

I once had a boss who only communicated with me via e-mail. He introduced himself by e-mail, and I was informed via e-mail that I reported to him, and by e-mail was how we had pretty much every conversation after that. We rarely met in person. We had a virtual relationship, so we didn’t understand a thing about each other’s work styles or thought processes. We never had rapport because rapport is created through interaction. I misinterpreted his e-mails and he did mine. He would pop into my office for one minute, clarify, and move on. Later I’d get another e-mail. It sucked.

I love technology, but it is only a tool—no more, no less. It doesn’t show the confusion on a person’s face when you’re explaining something poorly, and it doesn’t establish relationships or teams. For all its good, it’s also an inhibitor in many ways.

Conversation is important. And right now, I’m having conversations with people, not their smart phones.

As Badly as You Want to Breathe