The Shirker:
Not Quite a Snake,
but Still Pretty Slimy 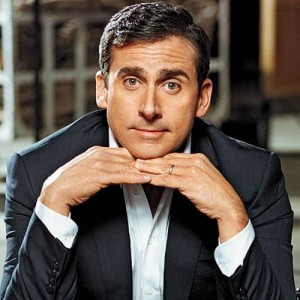 I want to introduce you to the Shirker. I’m willing to bet you’ve worked with one of these ladies or gents before.

There are two types of Shirkers. I don’t know which one I dislike more, but I do know this:  once you’ve identified the Shirker, you know who you’re dealing with and how they play the game.

The Shirk-Ahead is the guy or gal who always seems to get ahead without doing anything. They don’t make sales and they don’t complete projects. In fact, at times they don’t even appear to work. Yet somehow, some way, they get promoted and move ahead. The Shirk-Ahead is a serious annoyance, but they’re especially annoying if you’re the one who gets passed up for a promotion or a raise and the Shirker gets it instead. The Shirk-Ahead makes you ask, “How the hell do they get through life faking it? Or doing absolutely nothing?”

The Impervious Shirker is like a snake. This is the guy or gal who has some uncanny ability never to take responsibility for their mistakes. If you work for the Impervious Shirker, you MUST be careful. Because if there’s a major foul-up and somehow you are related to it, then trust me you will have tire tracks on your back. The Impervious Shirker WILL throw you under the bus. So, if you have an Impervious Shirker as a boss, make sure that he or she isn’t also a gatekeeper. Because if he is the filter by which your work, your performance, your efforts, and your value to the organization is made visible, know with absolute certainty that he or she will take credit for anything positive you bring to the organization. And if you screw up, he doesn’t have your back. He appears to be a friend. He is a foe.

With the Impervious Shirker you must cover your tracks, you must use wise tactics to work around him (without him realizing that’s what you’re doing, of course), and you must not go up against him. They are Impervious—do not forget that. The moment you realize you’re working for Mr. or Ms. Impervious is the moment at which you must assess how you operate and move into “Shirkability” mode. You can overcome the Impervious; just don’t forget that accountability rolls right off his or her shoulders.

So tell me—what kind of people are you working with these days?

We Work with Animals