No matter the pressures or chaos on the dock, James’ calm face would light up, a smile breaking as I walked up.

“How is your day today, James?” I would call out as I came within hearing range above the noise of the Distribution Center.

The smile growing, his calm voice would call out, “It is a lovely day! How about you?” 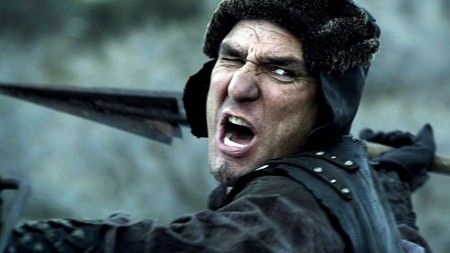 “Outstanding! It is an outstanding day. There are dragons to slay!” I’d respond. Then I would ask, “Where is a dragon that I need to pay attention to?”

That is how my first entry of the day would go at the DC, the second pass, and the third. Always the same, it started with James’ smile, our chatting about the day, and then the discussion of the dragons. Imagine the movie scenes in which  warriors joyfully roll into battle with gusto, laughing at the challenge of killing many enemies, and you have a sense of how James and I bantered.

Our challenges were not so dire, not so life-and-death. The dragons we battled were actually just bad execution of the consolidation process, mislabeled pallets, incomplete paperwork, badly stacked or wrapped pallets—the normal inconsistencies you see in any DC operation. Sometimes the dragons proved to be harder to kill, coming back to life even after we beat them back. That is the trouble with dragons in DCs; they have a tendency to come back to life to create havoc another day.

“It is an outstanding day!” That is how I responded to his question the very first time we met. With a grin on my face, I added “There are plenty of dragons to kill in this land!” The playful way I spoke about the multitude of problems in this DC projected my positive attitude about the problems we faced. I really looked forward to solving those problems. My attitude said to James in a few moments what words could not express - that I would make a difference.

In that first encounter, James did not quite know how to take my boldly positive attitude. But it was not long before my questions and conversation about what he did and how he fit into the process got him thinking that I was different from most of the management team. I was serious about the work, and confident enough to be boldly positive about what the day would bring. By the end of the conversation, when I said, “We will make this better James, you and I,” he could believe it. I projected confidence in what we would create. I projected an infectious joy in being there, present in the present, to face and conquer the challenges. My bold confidence and positive attitude stood in stark contrast to the worried and harried looks of other managers. It rubbed off on James, and he quickly assumed the same confidence.

I did not give him confidence in himself. He already had it. I just said to him that it was okay to show that joy in the fight, and that confidence of victory. Bless him, “King James” quickly learned that the display of confidence was more than allowed, it was expected. As he shared his problems with me, I worked to address the root cause of those problems upstream, to fix whatever had created the problems.

James was not the only employee on the floor whom I engaged with a bold certainty that each day would become outstanding. I greeted most people with a smile and “Outstanding!”; “Fabulous!”; or “Stupendous!” Sometimes they got “I am having a ball slaying the dragons!” Their positive outlooks were reflected in the genuine smiles on their faces.

My exchanges with the people on the floor focused on their problems. I asked them about their problems, wanting to know where their dragons lay. And, I committed to work with them to slay the dragons, to solve the problems that made their work harder. I was there to serve them, and they could tell, not from what I said, but from what I did and how I did it.

Paul was a temporary employee. A large man, very tall, with broad shoulders, Paul moved with a deliberate pack. Even as a temp, he trained the other pickers how to complete the complex process of picking an order. I took notice of Paul because of his size, and his positive attitude with the rest of the workers. This guy could be a leader, I thought.

“It is something that we are aware of and we are thinking of how to fix it,” responded the Operations manager. The faces in the crowd had obviously heard the “thinking” line before, and they knew management was doing nothing about the problem. 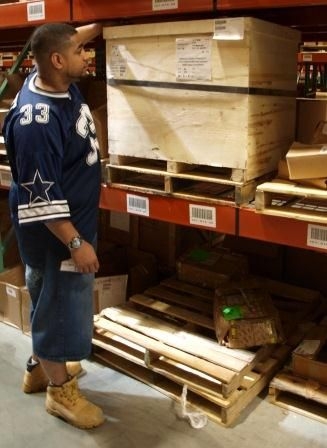 After the meeting, I asked Paul about the problem, and told him my suspicion that he had asked the question before. “Yep, just about every other day,” he responded. “And I plan to keep asking until someone does something. It is hard for me; imagine what it is like for Sherrie,” he continued, pointing over to a short picker. “She has to get a ladder to pick out of the crates.”

I walked around the pick aisles, amazed at the number of wooden crates sitting on second shelf level locations. I am six feet tall, but I could not reach into any of these without a ladder. Some of the crates were tall enough that you could not reach in between the top of the crate and the bottom of the shelf beam. Not only did the crates hurt productivity, they frustrated the pickers. While managers complained about how pickers would skip pick locations, they ignored how the crates actually prevented people from picking. While management was “thinking of how to solve the problem,” the pickers skipped picking the product in the crates.

“We will address it when we re-slot the pick lines,” responded the Operations Manager when I brought the issue up to him. I knew there was no plan to re-slot.

“When will that be?” I asked, knowing that he did not know, that there was no plan. The expression on his face said, "you are a jerk," as he admitted that he did not know when a re-slot would happen. Then he changed the subject and excused himself to do some other task.

It was time to take action. I approached the inventory control manager. He saw the same problem. “If I go and create a move list of crates to swap with pallets in the pick, do you have the staff to get the moves done?” We worked out a plan: I would do an aisle or two a day and his crew would make the changes. Then we worked our plan. I created a list, two aisles a day, and the inventory control crew moved the crates, and moved the fixed bin in the system. Swapping the locations was not a permanent solution, so many of the products shipped in crates. But we knocked off the worst offenders, enough that the pickers noticed.

After about a week, I asked Paul about the crates. “I noticed that the worst ones moved,” he replied. “It helps out a lot. I know we can’t move all the crates, but I like how you got the worst ones moved.” I never said to Paul that I would take any action. I only asked about the problem that day he brought it up. I made no promises; I only took action and made change happen. But he knew who had made the change happen.

Your attitude and actions speak your intentions. If you intend to make positive change, be positive about the opportunity to change bad to good. Speak with positive confidence in your voice, ask the questions that get to the heart of the problems, and then take action. To say that you are doing something and then not do it undermines trust. To say nothing, but make things improve builds trust.