Using the Pocket Notebook:
Being Effective

Recently, I wrote about how I learned to carry a notebook early in my career, and provided some insight into how I took notes. Most people think that taking notes is simple, easy—something that does not require a lot of thought.

Theories abound. Opinionated as I am, I think it is simply because we do not teach people how to take notes. Think about it - do you remember being taught how to take notes in school? If you went to Cornell, you may have been exposed to the Cornell System, a note-taking process developed by Professor of Education Walter Pauk at Cornell in the 1950s. I remember my seventh-grade biology teacher commenting that I used the Cornell system when he saw some of my notes in a class. I had no idea what he was talking about at the time—I was taking notes the way I always had, going back to the fifth grade.

My goal here is not to teach you how to take notes. We can cover that later, because the way you take notes will depend on the situation. Your methods have to be different because your needs are different. What works in a classroom will not work in the field, or on the warehouse floor. What works for an interview does not work for observations of floor activities.

Instead, my goal here is to get you to understand why, as a supervisor or as a leader, you should take notes.

“Are You Really Present, or Are You Just Here?”

How many times have you sat in a meeting, listening to what was going on, and suddenly found yourself startled that the meeting was over?

Come on. Be honest. That has happened to all of us.

One of the most important reasons why I take notes in meetings, in person or on the phone, is that I am less likely to check out of the meeting that way. I write down key words, key points, and who said what. I write down things that I have to verify, because someone always says something that is not quite true. A colleague of mine records the emotions in the room, including his own.

If you were to read any of our notes right after a meeting, you would not be able to make sense of them. That is by design. My colleague always revises his notes, creating a deeper version of them. I create a list of actions to take, which I indicate with nothing more than a few marks and arrows.

The act of actively listening and taking note of the key points made by everyone present is enough to keep me engaged in the meeting, enabling me to maintain a full presence in the room. I know that it is the same for most people, based on years of observing people in meetings. The ones who have the pad of paper in front of them and nothing on the page at the end of the meeting were not too busy in the meeting to take notes; they were too busy in their own heads to be present at that meeting.

Taking notes in a meeting, or in a phone call, ramps up the activity in your brain and forces you to engage at a higher level so that you don’t mentally check out.

Notice something that I said above: “based on years of observing people in meetings.” When you take notes, you are communicating to everyone else in the room that you are actively listening. The act of writing down what you hear shows respect to the others in the room, and increases their respect for you. Remember that my managers at the store noticed me because I took notes when nobody else did. People notice when you take notes.

“Memories Are Fleeting Things Until You Smack  Them With the Paper.” 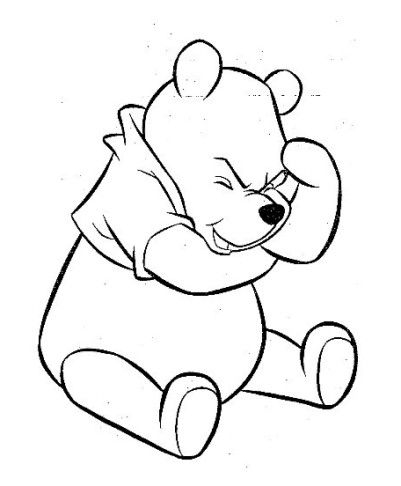 How often do you think? Do you have a special place where you do your thinking? Winnie the Pooh had his thinking spot. We all have a place where we do our thinking.

When I sit down to think, I always do so with a pad of paper in front of me. I use a variety of different pads and tools for my thinking. Sometimes I use my planning grid. Sometimes a large sheet of paper that I can draw diagrams on. Sometimes a pad of sticky notes. Sometimes it is my little pocket notebook. If I am thinking, a pencil (or pen) and a sheet of paper is not far from my hand.

I remember an old friend, Frank, teasing me one day about forgetting a great idea. I was young, perhaps twelve years old, and he was in his sixties, so he was truly an old friend. I had this great idea for reversing a music tape when it got to the end. I had thought out all the details. I was so excited about telling Frank about my idea. Except when I went to tell him, I forgot half the design I had dreamed up. That was when my old friend shared some wisdom with me: “Ideas are like flies, flitting around. If you don't smack them with the paper, they fly away!”

Frank Birdsall was the retired president of a major hotel chain. He was a smart executive. I honor him for planting in my mind the image of smacking an idea with a piece of paper.

I Have Too Much to Do!

Do you feel overwhelmed each day? Do you have too much to do? Does it seem like things are getting past you? Are you so busy with the small stuff that you just don’t have time to get to the big things you want to do?

We all have “To-Do” lists. These are nothing but task lists.

Tony Robbins teaches that until you make the effort to write down all the “things” you have to do that are flying around in your mind, you never get to the things you want to do. As Robbins puts it, the things that you have to do keep circling around in your head until you don’t know where to start or where the end is. Robbins teaches us to capture all these tasks by putting them on paper, enabling you to prioritize them, consolidate them, and then get them done.

Clearing out all these “things” helps get you organized. It helps you to create more space in your head, because as you capture the “gotta-dos” on paper, you start to plan how you are going to deal with them. That action helps calm most people (it does me), and it opens your mind so you can question the purpose of these “gotta-dos.” One of the benefits of identifying their purpose is that you build motivation and momentum to get them done. Another benefit is that you sometimes identify things that are not very important and can be discarded.

Going through this process for a few weeks starts to clear the mind of the little things. You start to think about the bigger things, the real accomplishments that you want to get done. The act of organizing the things that need to be done and making a plan of action to get them done is a powerful management skill. It is one that many will say is easy to understand, but so few do because they fail to take the first step—to write the “gotta-dos” down on paper.