Now, let's stop and think about these questions: 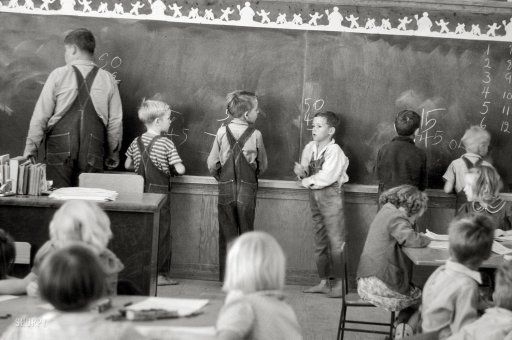 I believe that the modern classroom of today is an invention of the late 19th century, or perhaps of the early 20th century. I challenge you to call it modern. For over a century, children have filed into buildings with rooms lined with desks and chairs, cork-boards and blackboards. Some things changed, as schools invested in film strips, slides, movies, video, and now computers. But the instructional method, a teacher standing in front of a room, lecturing students on a subject, has not changed.

Even with the most talented of teachers, the lecture is the most difficult way to teach an idea. For a gifted teacher or a gifted speaker who can capture an audience, the material may have a lasting effect. In most cases, however, the staying power of memory is limited, and unless something actively engages the minds of the people watching, the lecture fails because it is passive. Wonderful speakers — and wonderful teachers — engage students to participate and take an active role in their learning. 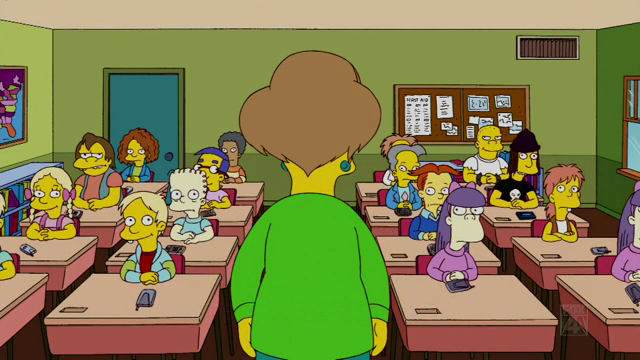 How many of you remember what you learned in your American History class? There is one memory that I have of my own American History class, which was taught by a lazy, passive teacher. There was a question on the first test of the year, “What is the single item that symbolizes the American Spirit?” Nobody got that question right because he had never taught us the answer, had never even spoken about it. The answer:  the rocking chair. That little factoid, more an opinion than a fact, appeared in the forward of the history text for the class, as did most of the questions that appeared on the tests that year. What did I learn from American History class? Read the forward of every textbook, because lazy teachers pull tricks.

What Is the Mission of Our Schools?

My children spend a great deal of time studying history and social studies. Math? Science? Reading? Sure, they get some of that too. Spelling? Writing? Sure, that is part of the game. However, the big efforts are on social studies projects. As parents, we have to push the math homework, the spelling training, and the reading practice.

Is school teaching children to learn? When I was a sophomore in college, one of my professors asserted that your bachelor’s degree only means that you now know how to learn, nothing more. I remember being pissed off at that comment, thinking that the degree should mean something more. After my first graduation, I realized how accurate that assertion was. It was when I returned to college and obtained my second degree that I actually learned the technical material that the instructors taught.

Should the mission of our schools be to teach children to learn? Perhaps that is part of the results of elementary education. If so, why do more and more parents work to take their children out of traditional schools?

Think about the last training session you went through at work. How effective was it? What did you learn?

One year, I gave 11 live presentations to groups of listeners, and I did about that many webcasts. About half of these sessions happened at professional conferences, and the rest were part of training for client companies. I'm not bragging, but I can give a good presentation, based on the feedback that I get from people in the audience. However, I wonder how much of what I taught stuck with the people who watched. I did not see people sleeping during my presentations, but I did sometimes see people lit by the pale glow of the smartphone screen. How much did the message penetrate?

How many presentations have you sat through at conferences where, even if you were interested in the material, you walked out knowing nothing more than when you walked in? Was it the material, the skills of the presenter, or the forum?

I discovered in my youth that I learned best by playing with machines. I made this discovery in shop class. The teacher showed us a movie about how to use different saws. The teacher demonstrated the safe operation of saws. He even made us read two different books about the different machines we used. But it wasn’t until I used the machines that I learned how saws worked. The table saw, while it can cross cut, is really best at ripping wood. The radial arm saw, while it can rip cut, is best at crosscutting. The band saw will never cut a perfectly straight line. You can feed beech wood through a band saw much faster than rock maple. Most important, all of these saws will leave ragged wounds in human flesh.

I found that I could not learn math from textbooks or from lectures. In high school and college, I barely passed my algebra classes. It wasn’t until I started to apply formulas in complex spreadsheets when the algebra, trig, and calculus lessons kicked in. I did learn it, but I did not master it until I actually practiced the material in a practical setting.

It is through practice, through application, that we get to learn what works and what doesn’t. Making mistakes teaches us better lessons than getting it right the first time. Failure is the best lesson, if you take the time to ask the question, "Why did it fail?"

The only way to fail a lecture is not to learn. In the classroom, the test for failure is a test. Get the answer wrong and you might remember the correct answer. But is the lesson that you should learn the material in the book, or is the lesson never to depend on the teacher?

The Hands-Free Whopper of Cognition