Recently, I took you back 400 years to show you how René Descartes solved problems. Our friend Descartes, who developed the Cartesian Coordinate System, followed four steps for solving a problem:

Nonaka describes a series of four different modes of knowledge conversion, using Descartes’ grid (or the four-box matrix of the old BCG days) to illustrate the pattern and flow of the creative effort.

It is not easy to share tacit knowledge with others. To do so you have to engage in extensive personal contact and trust to transfer the knowledge to another person. Some people can’t learn from a book; they must learn by doing, and finding the right teacher to teach them is difficult. The teacher or the discoverer must socialize the knowledge into words, pictures, and actions that they can explain to others.

And then comes the need for the other person. The person with the knowledge has the desire to share, and they have worked to develop a way to share something that is difficult to teach, to externalize the thought into a form that they can share, and to socialize it to another person.

How many times have you had something exciting to share, found someone to tell it to, and they could not have cared less? How did you feel after that experience? That is why the work to externalize is hard, but the act of socialization is even harder. You have to build up trust that the other person is going to find your discovery of knowledge interesting enough to engage in conversation, to actively think about your thoughts. They have to trust you, that your motive to share the idea is in their interest first, and yours second.

Ba? No, it is not a place to get a drink in Boston—although a bar in Boston could certainly become a place where ba can exist. Ba is a Japanese concept, not really a word but a modifier, meaning “place of.” The closest translations I could find for ba are usage examples in which ba is tacked onto the ends of words. Nonaka uses the word as a shorthand for the moment in space and time where two individuals (and potentially groups) gather and share tacit knowledge.

Let’s Go to the Backyard for Some ba 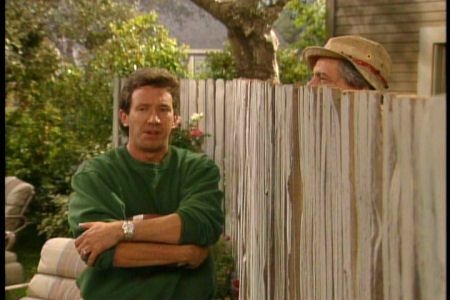 Remember Tim Allen’s show, "Home Improvement"? There was always a scene in which Tim would be in the doghouse for something. He would be standing in the back yard talking to Wilson, the neighbor behind the fence. Tim would share his difficult-to-explain problem, usually a problem dealing with other people. Wilson would listen, and then share back a tacit observation that would unravel that mystery for that week. That is an example of ba.

Ba is context-dependent. You have an idea. The other person has an interest in the same thing, or a different solution that may work. You make the connection without formality, because you know each other and trust each other. Both parties are relaxed and comfortable about the subject, knowing they can speak freely, without fear of reprisal for saying something dumb. The place is not as important as the space, time, and sense of being in connection. As you exchange the idea, you are socializing your tacit knowledge with the other person, and they with you. The knowledge is still tacit; it is still hard to describe “know how” kind of stuff. But in the act of the exchange, both people gain a slightly better understanding, turning the techne into something a little bit easier to understand. And both go on to tell others.

Back to Tim:  after he talks to Wilson, Tim is always excited, and goes in to tell the others how he is going to solve the problem. He still messes up the explanation, but gets Jill or the boys to go along with the idea, and it works. The problem is solved, and knowledge is created.

We do this all the time. It gets harder when we take the idea and attempt to share it with many others. That takes many more visits to the ba, and some group ba action. So next, we figure out how to move tacit to explicit, from socialization to combination.