How Does Your Organization Learn?

Perhaps the real question is, “How does your organization create knowledge?”

As Peter Drucker hit his stride in writing about business, he described a new kind of work, highlighting a fundamental fallacy in management. He wrote about a new kind of worker he dubbed the knowledge worker. The fallacy he exposed was the idea that there is one right way to manage people.

Peter Drucker was not an immovable object when it came to thinking and opinions. If someone presented a better idea, or a better way, Drucker would not only consider it, he would adopt it. Drucker wrote in 1954 that there “is one right way to manage people—or at least there should be.” But in the early '60s, Drucker read a book by Abraham H. Maslow entitled, "Eupsychian Management" (republished in 1995 as "Maslow on Management"), a book that changed Drucker’s mind. Maslow demonstrated with mastery that different people have to be managed differently.

In Drucker's own words, he “became an immediate convert, because Maslow's evidence was overwhelming.” Drucker changed his position because the nature and culture of business continued to change. In his 1954 book, "The Practice of Management," Drucker had asserted that there was one way to manage people. The way that he proposed to manage people was vastly different from how most of his contemporaries thought at the time, but Drucker still thought that there was really only one best way.

Beware the boss who dismisses the knowledge required to do a clerk’s job, a coordinator’s job, or a planner’s job. That is a dangerous boss who does not understand the impact of his ignorance.

One does not manage people. The task is to lead people. And the goal is to make productive the specific strengths and knowledge of each individual.

In the past several years, I've been doing some scholarly reading on the notion of knowledge creation and management. This came about as I set off on a mission to reread my collection of management books by Peter Drucker. I noticed the change in Drucker’s viewpoint over the years, specifically between "The Practice of Management" and "Management Challenges for the 21st Century," which was published in 1999. Drucker's viewpoints and his opinions evolved over the 43 years between those two books. A great deal changed in those four decades. The evolution of the computer from a single massive machine used by specialists into a productivity appliance on the desk of every worker is one of the key elements in the story. The more computers became desktop appliances, the more office workers became knowledge workers. This change also affected the manufacturing shop floor, as computer-controlled machines and various forms of automation replaced unskilled labor.

You can see this effect when you walk into a tier-2 automotive parts supplier. Not far from where I live, a German auto parts manufacturer opened a factory in the mid-1970s. The factory made disc brake assemblies, machining the cast calipers and rotors and building finished assemblies. At the height of its productivity, over 1,500 people worked in that building. Today, fewer than 300 people work there. It now takes an extruded aluminum blank and converts it into a valve block for antilock braking systems assembled in another plant. Almost half the space in the plant is no longer used. A large section of the parking lot is returning to grass.

This plant is creating over three times the value of parts than it did in the late 1970s. A majority of the plant’s employees are people who design the processes, design the machines, program the machines, plan the production, and manage the process. The only physical labor in the building unloads the inbound blanks from delivering trucks, loads the blanks into automated milling machines, unloads the finished blocks into a parts washer, and then inspects the parts. Currently, the knowledge workers in the plant are figuring out how to automate the process of moving the finished blocks from the milling machines to the washer and from the washer to inspection. The next step would be to eliminate the human inspectors.

Time doesn't stop, and neither does the evolution of what we call work. Drucker saw the coming of the knowledge worker near the end of the 1950s and wrote about the knowledge worker throughout the 1960s and 70s. He was one of a few voices in the '60s and '70s that recognized the changing trend. Typically in most organizations, technological innovation was the realm of the corporate Research and Development (R and D) department. Once the scientists finished with the creation and patented the work, manufacturing engineers set about the practical task of figuring out how to make the product, deploying specialized equipment that removes the knowledge content from the work. 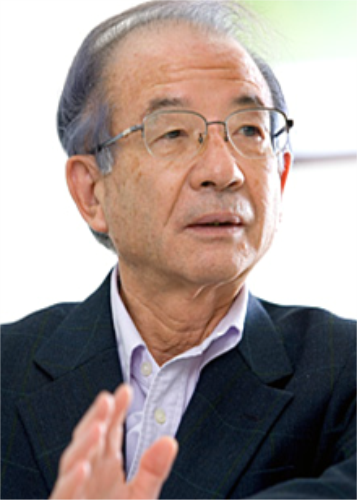 Faced with competitive pressures of both Japanese and German innovation and manufacturing, a sea change started to sweep across the US. Most companies did not understand how firms generated new knowledge, other than spending more money on R and D. This outside pressure helped the development of new conceptual frameworks to understand innovation. American companies turned around and paid attention to the way the Japanese and the Germans innovated. Perhaps in response to competitive pressure from the Japanese, American scholars and business leaders started to pay close attention to Japanese innovation methods in the 1980s and 90s, much as the Japanese had studied American business practices after World War II. Three primary developments emerged:

Leading the academic study of these three trends is Haas School of Business, Xerox Distinguished Professor Ikujiro Nonaka. University of California, Berkeley graduate Nonaka has led the study of knowledge management for over 20 years. Nonaka picks up where Drucker leaves off. Nonaka burst into this new landscape in the 1990s, introducing new frameworks to help managers understand the art of developing intellectual capital. He intensely studied new product development in Japan, focusing on how those companies shared knowledge internally.

Nonaka fits in well with Drucker, if you consider the evolution of Drucker and imagine that an old Austrian can become Japanese. As we move into the future, with more knowledge workers serving our organizations (and not as employees), new methods, new ideas, new practices, and new places must develop. Nonaka helps define the evolutional changes.

With this introduction, I urge you to follow along as I write more about the complexity of cognition and the creation of knowledge. We are going to create ba, right here. Over the next year, we will evolve what we do here to create ba, a place where together we create knowledge.

Don’t miss it. It will be fun.

Enjoy a bit of fun from the old days when we were afraid...