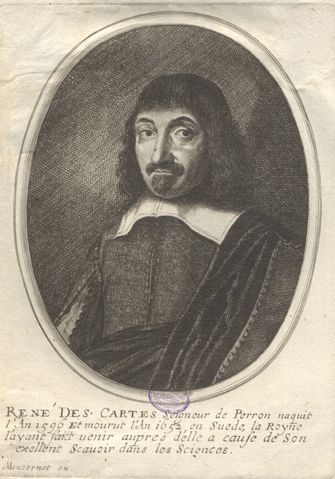 In 1637, Rene Descartes published his autobiographical work, "Discourse on the Method of Rightly Conducting One's Reason and of Seeking Truth in the Sciences," better known by its shorter title,  "Discourse on the Method." Descartes addresses the notion of skepticism by doubting everything in order to assess the world from a fresh perspective, devoid of any preconceived notions.

During the course of my life, I have had much experience with Rene’s Method. In my youth, my grandfather spoke about the four steps to solving problems. Sometime in the mid-1980s I saw a short list of the four steps to understanding complex issues. In the 1990s I started to use the Cartesian grid to plan projects. Last year, a very good friend, Pasquale Scopelliti, wrote about Descartes’ Method as four rules to solving problems. As I began to study the works of Ikujiro Nonaka, these four steps appeared again.

Let’s go to the source, giving honor to Rene, and read in his words how he created his knowledge:

“The first was never to accept anything for true which I did not clearly know to be such; that is to say, carefully to avoid precipitancy and prejudice, and to comprise nothing more in my judgment than what was presented to my mind so clearly and distinctly as to exclude all ground of doubt.

The second, to divide each of the difficulties under examination into as many parts as possible, and as might be necessary for its adequate solution.

The third, to conduct my thoughts in such order that, by commencing with objects the simplest and easiest to know, I might ascend by little and little, and, as it were, step by step, to the knowledge of the more complex; assigning in thought a certain order even to those objects which in their own nature do not stand in a relation of antecedence and sequence.

And the last, in every case to make enumerations so complete, and reviews so general, that I might be assured that nothing was omitted.”

Borrowing another of Rene’s tools, using his grid, here is a picture of his process:

Our friend Rene set out to develop a method of thinking. With intent, Descartes developed an approach to the world, and how to make sense of it. In the Part IV of "Methods" is Descartes’ famous statement, Je pense, donc je suis; “I think, therefore I am.” Descartes’ method involves starting with an intent; you intend to solve a problem, and in order to do so you intentionally apply reason to the task. It is impossible to judge the value or validity of information or knowledge without intentionally being conscious of the action of thinking about it.

Descartes in the first action also establishes autonomy of thought with the line “carefully to avoid precipitancy and prejudice.” In the time of Descartes, the Holy Roman Catholic Church defined science and knowledge. For Descartes to step out and include a filter against the precipitancy and prejudice of pre-conceived notions—either his own or that of others—is a truly revolutionary step. In many ways it is just as revolutionary today as in 1637.

In the second action, Descartes breaks down the problem into as many small parts as necessary to adequately solve each part. This “divide and conquer” approach looks simple, but many people have trouble with it; the chaos and discontinuity of the changing environment blocks rational thought. Think about how people fight change. Often the problem is not the change itself, but the confusion that results from the fluctuations in the environment around them.

This is where Descartes’ third step comes into focus—to recreate and calculate, to reorder the elements of a problem so that they are best understood by the person solving it. When your perception differs from what others tell you is true, tension builds. This cognitive dissonance needs to be resolved. Some people choose to ignore this tension, and some elect to lash out while holding on to preconceived notions of how things should be. Autonomous thinkers will ponder, working with new thought patterns to construct their understanding.

Descartes' "Methods" is a formula for creating knowledge. It is a formula for a rational individual to think and form knowledge. At the time, Descartes was not attempting to understand how a group thinks; his sole focus was on a single individual, himself. You could argue that he wrote his treatise more to brag about how smart he was (he was very smart). We should be glad he did, for his Methods are powerful. I can see how a group could apply these Methods to solve problems, and perhaps create knowledge. Can you?