Ignorance and Stupidity, Sexism and Ageism 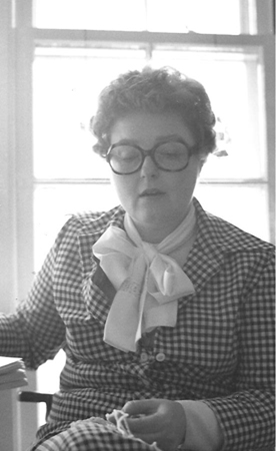 I knew Betsy Post for 44 years. She was one smart woman, a pioneer in many respects.

It irritated Betsy when she was a young woman in the late 1950s and early 1960s that she had to put up with earning less pay than the men she worked with. She was a very smart young woman in the older man’s world of computer science. Computers in the age of Eisenhower and Kennedy were nothing like what we have today. The core memory was only 4K—4,000 bytes. Punch cards and teletype printers served as the input and output devices. Control boards covered with switches enabled the operators to start and stop the work.

The programming was in machine code—you had to tell the computer to perform each individual operation. The men and women (yes, there were many women) were of the slide rule age, and they were developing technology that would render the slide rule obsolete.

Betsy ran into some sexism in that time, but not enough to stop her. She was working in a rare field that needed the brightest minds, and it did not matter if the body that carried that mind wore slacks and a tie or a blouse and a skirt.

The real issue Betsy faced was age, in the first and last stages of her working life. Ageism pissed her off, and in the end broke her heart far more than sexism.

Math was not Betsy's first love; she wanted to sculpt, to be an artist. But she was very good at math, and her father insisted that she do both. It was a forceful instance that she first resisted, then accepted, and later appreciated. She discovered the beauty of math, and how it could create things of beauty when applied to the drawing of lines and the definition of shapes. Betsy often said that she learned to sculpt with numbers. So she did not choose math to battle with  men; she chose math because it would allow her to be independent of a man, to be able to earn her own living—a good living—without a man if she chose.

Her father insisted on that, and she was grateful for it in her early twenties when she walked out on her abusive first husband. To finance her divorce, Betsy sent her son to live with her parents, got on a train to Reno, and worked the casino tables to support herself and pay for the Nevada divorce. She applied her math ability and her uncanny sense of probability to win significant sums from blackjack and craps tables. She won enough that she returned back east with well over $10,000—a significant sum in the early 1960s—and her freedom.

During her time in Reno, she realized that her youth was part of the problem. Most people could not accept that someone so young could be so smart and competent. She realized that the casinos had never caught on to how she was beating the house because she was such a young woman—there was no way a pretty little redhead could be smart enough to count the cards and run the numbers in her head.

When she returned east, Betsy accepted a position working for the DOD, which was looking for smart, young people … and also for older, more experienced people with the advanced education necessary to develop computer programming to calculate the trajectories of the ICBM system and make damage assessments. Betsy chose to go someplace where her age and gender would not limit what she could do. She also had a little help from her father, who had the pull to get her an interview for a posting.

Betsy worked in these early computer centers until she met her next husband while playing bridge. It was not long before she married and had two more children. She and her husband moved away. He became a project engineer at a chemical company, and Betsy became a mother and homemaker.

Getting married and having kids could have been the end of Betsy's story. But it wasn’t.

Going Back to Work: Overcoming Sexism