Betsy Post had a great run. As a young woman, she worked in the early days of computer science. Even after becoming a mother and a wife, she became a sought-after database architect and systems designer. Betsy got to sculpt the systems that ran companies.

In the early 2000s, things started to change. Betsy was over 60. She had kept herself up to date as the technology she worked with had advanced. The programming languages changed, and databases changed from files to tables to relational tables to relational databases that used structured query languages; throughout Betsy remained current. The more things changed, the more she learned how to apply what she knew about writing clean, spartan code, how keeping it simple and short kept the machines running fast. The skills she'd developed in the early days—when the active memory of the computers was only 4,000 bytes—continued to pay off even when computers had millions of bytes of active memory. Her systems ran fast because the code ran fast. 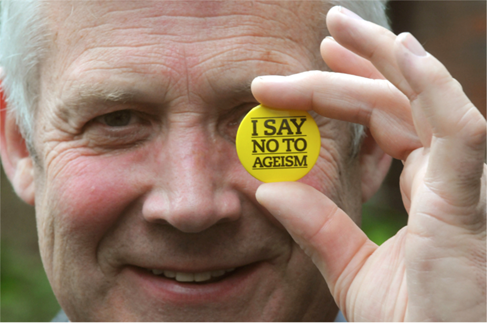 Betsy changed with the technology, but client managers began to adopt a different perspective. In the late 1990s, the client mangers who hired her were men her age. After 2000 this changed—those managers retired and were replaced by women half her age.

These new managers looked at Betsy and saw their mothers. Here was a sixty-plus-year-old woman with a long resume and a work history that was older than they were. Betsy could talk about how what she had done in her twenties still applied to current work. Some of these managers realized that Betsy could out-code them, out-think them, or out-work them. A few quickly realized after working with her for a little while, that Betsy, knowing what she did, could expose them as lightweights. They feared that Betsy could take their jobs.

To these younger women, Betsy was competition.

Working for men, Betsy had never had the sense that she was in competition with them; there was a sense of collaboration. She wasn’t better, or trying to get their jobs; she was just Betsy. However, these younger female managers saw her competence as a threat.

In 2002, another consulting company bought the consulting company for which Betsy had worked for more than 12 years. The new managers, all in their thirties, looked at their people and realized there were a lot of older folks in the group, including many old COBOL programmers who had been in demand in the run-up to 2000 … but were no longer in demand. Using the word COBOL, the company searched resumes and made a list of people to let go.

Betsy had so much Oracle and SQL experience that she survived the cuts, but the benefit of paid bench time disappeared. Assigned to a new project manager and demoted from designer/architect to developer, Betsy suddenly had to report to a woman in her early thirties who micromanaged her work. This frustrated Betsy.

During one meeting, when Betsy spoke out about why the code was not working, the manager sharply told her that she was an “old dumb bitch” who didn’t know better. That relationship devolved quickly, as Betsy took the issue to higher managers and learned that the HR department was there to protect the company managers, not the employees.

In the spring of 2004, Betsy stopped working for that company because the company had stopped giving her work that she liked. The recruiter/manager commented to Betsy that she had a hard time placing her because the clients just could not understand how she could be current with new technology.

Betsy defined herself by the needs she could fulfill. When she was a young woman, she fulfilled her own needs. Then, when she had to, she worked to fulfill the needs of her son, whom her mother had taken care of while Betsy worked at the computing center at Picatinny Arsenal. Later, Betsy fulfilled her children's needs as a mother, until they became teens. Then, Betsy went back to work to support her own ongoing financial needs—and her children’s—when her husband walked away from his family. She fulfilled the needs of her clients, developing systems that drove their success.

At 65, she was put out to pasture, her children grown and on their own. With nothing useful to do, Betsy retired. A little over a year later, in October 2004, Betsy passed away. Heart disease was the cause of death listed on the paperwork, but in reality, Betsy had passed on from a broken heart.

“Ageism Is a Bitch!”

In one of the last conversations I had with Betsy that summer, she said the hard part of getting old was not the changes in your body, but the way people discounted how much you could contribute, and how depressing it was not to have a real purpose.

“It is stupid to look at someone’s age and just assume they have nothing to contribute,” she said. “I don’t see that in the eyes of the people my age, or your generation. To the generation that came of age in the 1990s we are just old, dumb people. You can see it in their reactions when you walk into the room, when you speak up in the meetings.”

She asked me how old the managers working for me were. I told her that three of my five direct reports were older than I was (I was 43 at the time), and some were as much as 10 years older.

“In the next meeting where you and those managers are meeting with people they don’t work with, watch the reactions and the regard the under-forty crowd has for those older managers. Just watch. You have been ignorant of it before because you haven’t been looking. You can’t say that anymore because of what I am telling you now. Just watch, and see the disdain the 30-year-olds have for the over-55 folks.”

Betsy was right. Of course she was.

Going Back to Work: Overcoming Sexism

Logistics Managers Are Hungry for Knowledge: Let's Feed Them