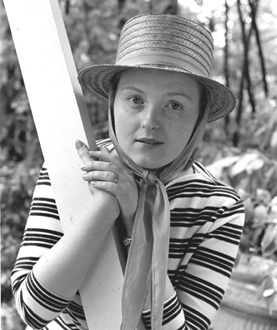 As one of the few math majors at Douglass College in the late 1950s, Betsy attended classes down the road at Princeton the same time that mathematician John Nash obtained his advanced degrees. She went on to become one of the early women pioneers working in computer science, using her skills in probability to help calculate the trajectories of the early ICBM missiles and estimate the damage they might cause. Betsy’s mind worked on multiple levels while solving problems—she was also a sculptor who doodled detailed portraits of the people in the room on her note pads while taking notes.

Blunt, but mindful of her position and the inherent discrimination of the times, Betsy knew that she was only able to do the work she did, as a woman, because she was smarter than any of the men in the room—and she knew not to rub their noses in it. She was not ignorant of that fact, as she would say in later years: “I could not claim ignorance, for I recognized it, and a few of the men let me know it in clear terms.”

Betsy left that world to have children and a family. When her children grew older, she went back into the workforce and eventually carved out a reputation as a top-level systems architect and software developer.

As smart as Betsy was, she would easily admit that she made mistakes. Her claim was that she did not make stupid mistakes, only dumb ones. Most people think that dumb and stupid are the same, but Betsy had a different perspective.

“Dumb is ignorance; you don’t know any better. You learn from dumb. Stupid is when you know better and you choose to do the wrong thing.”

We are all ignorant. There is so much to know, and so little capacity to know. So ignorance is normal.

We all will make stupid mistakes. We knew better and did the wrong thing. You could make the case that we should not make stupid mistakes, however that is assuming that we all are excellent learners and are fully aware of what we do for every moment of every day. I think that God is the only 100 percent aware, 100 percent knowledgeable entity in the universe. The rest of us are mere mortals. As mere mortals, we forget. We don’t learn, and we make mistakes that some might call stupid, but in reality are just dumb. 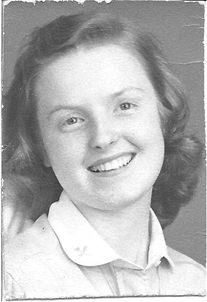 Hindsight is 20/20. However, in the heat of the moment, when we are not fully present, fully engaged, and 100 percent in the zone, we miss things that might have changed our decisions, and thereby changed the outcome of our actions. We see examples of this in everyday life—when we drive, we have to avoid the oblivious drivers with whom we share the road. In meetings, we sometimes fail to notice things lying in plain sight, sometimes because the other party has decided to hide them amid lots of junk. We are sometimes blind to the facts because we just lose sight of the important little bundles hidden in all of the other stuff.

In the business environment, and in our private lives, we have to be more accommodating to those around us, to help them see what is important so they don’t make dumb mistakes.

I was coaching a client once on how to get his bosses to approve requests to move forward. I asked him to give me examples of the last three requests he'd made. In those messages I found:

My client assumed that his boss would automatically know all of this. But when I got the client to put himself in the boss's shoes and read the message, he understood that without these four items, the message would leave him asking “what do you want me to do?”

“I guess that was stupid on my part to assume that,” my client admitted.

“No,” I replied. “It was dumb, because you never thought about it before. But if you do it again, then you can call it stupid.”

Ignorance and Stupidity, Sexism and Ageism