Are You an Asset
or a Resource?

I don't know how many times I've heard companies refer to their employees as their most important assets. I've seen CEOs quoted saying it in business magazines. I've seen it on the websites of many businesses, usually on their "careers" page. I've heard managers say it. I've had bosses tell me that I was a great asset.

It sounds like they really care. It sounds as if the management of those companies truly believes that the people within their organization are their most important assets.

When you stop to really think about the definition of an asset, a different image comes to mind. 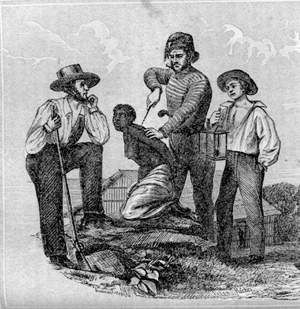 We fought a long and bloody civil war in this country over a century ago to end the practice of slavery. Until Abraham Lincoln abolished slavery with the Emancipation Proclamation, it was possible for an individual to own another human being as an asset. After Lincoln signed that executive order on January 1, 1863, a business or individual could no longer own another human being.

That attitude, that contempt, is what brought about labor unions. Over time, the unions forced management to change. At least that is what the unions would like us to believe.

In engineering there is the concept of worker to work and work to worker. In any man/effort relationship you can bring the labor to where the work is, or bring the work to where the labor is. In the aftermath of the great Mississippi River floods of the 1920s, a mass labor movement happened. The millions displaced by the floods moved to the factories of the North to seek economic opportunity. We have seen the same thing happen in China over the past decade, as millions have moved to factories along the coasts.

We are also seeing a movement of work to the labor. Some would call it the movement to “cheap” labor. While the monetary value of the labor in China or India is lower than in the more developed countries, it does not translate to an increase in value. In fact, many companies that moved manufacturing offshore are thinking again, once they realized that the savings of the “cheap” labor did not offset the transportation, quality or taxation costs.

Companies will also locate an operation based on the available labor, the quality of the labor, and the prevailing labor laws of the state. Twenty-two states (23 if you count Guam as a state) are “right-to-work” states. A right-to-work law secures the right of employees to decide for themselves whether or not to join or financially support a union. In states that do not have “right-to-work” statutes, a union can control the workplace and make membership in the union a requirement for employment at that company location. 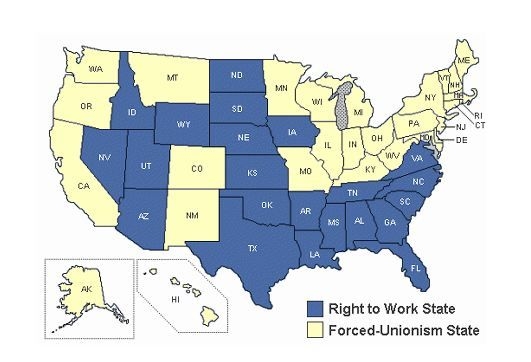 Unions in the private sector are on the decline. More locations in forced unionism states are closing and moving, either off- shore or to a right-to-work state. The companies making the moves are seeking higher value labor, labor with lower costs and labor that is more flexible. In fact, many companies that make the move pay the same wage levels to the non-union employees, but gain in value in that the employees are not restricted by work rule limitations.

Over time, the attitude of the unions and the employers changed. Employers seek better quality labor – as defined as a greater value resource. They must compete for quality and move to where the quality labor is. Unions also changed their attitude – and are treating members as more of an asset, not a resource. Union dues as mandatory payroll deductions, used as the union leadership sees fit, is but one example of this trend. The 2011 story about the National Labor Relations Board (NLRB) against Boeing on behalf of the International Association of Machinists to move some Dreamliner production from a plant in right-to-work South Carolina to a Union plant in Washington state is an example of how unions consider the employees of a company as union’s assets. Perhaps the union considers the company to be an asset of the union.

Remember, Lincoln did free the slaves, in 1863. You are now a resource, free to move about the country.