Another trip down Memory Lane. Railroads were the transportation backbone of US commerce in the mid-1950s.

Listen to Scotty rattle off the facts and figures. And the rest of the gang. I wonder how all of that stacks up to railroads today?

One change you sharp players should be able to spot. Watch the parade of logos in the first minute of the film, and see if you can identify how many Class 1 railroads in that parade are still around. Watch out, this could be a trick question. And who do you think brought you this story?

What is the new technology that the cast is talking about. How much has changed? Can you tell?

Interstate highways were just starting to get built, and the long-haul, over-the-road trucker yacking on the CB radio is still 20 years into the future. In the mid-50s, trucks carried short-haul traffic. All of the long-haul business was out on the rails, in a very regulated and rate controlled world. A car-load of toys from Chicago to New York moved at a different rate than a carload of machine tools between the same two points.

The parade of logos for the different railroads in the beginning of the film tells a story of complexity in movement. A carload of merchandise from Philadelphia to Los Angeles could move on as many as 4 different railroads, perhaps more, depending on the routing. The Pennsy could haul the load to St. Louis, where it would ride the Cotton Belt to Texas to connect with the Southern Pacific. Or it could ride the New York Central north to Chicago, and connect with the Santa Fe. The Chicago routing could be faster, but more expensive. 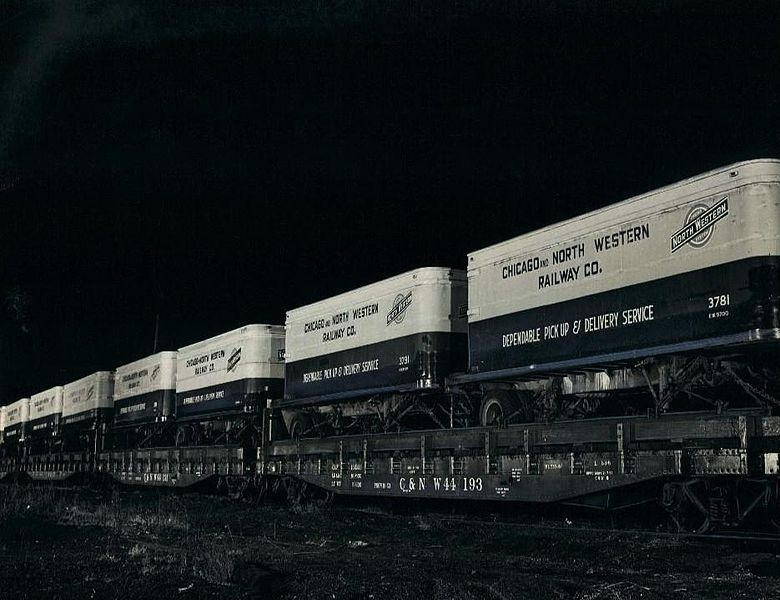 Some of what we think of as key railroad service today was a sideline at the time of this film. Rail Intermodal service, piggy back freight, started in 1936 with the Chicago & Northwestern Railway. C&NW was a shortline railroad that used the concept of Trailer on Flat Car (ToFC) to extend it's range of service beyond the reach of its rails. Other Chicago based railroads followed suit, as did the New Haven. By the time the film debuted, about a dozen Class 1 railroads had some ToFC services, and 25 would offer ToFC service by 1955 in an effort to combat the highway truckers. It was in this time period that Malcolm McLean sold his stake in McLean Trucking Company - at the time, one of the largest trucking companies in the US - and bought into three steamship lines to build what would become SeaLand. 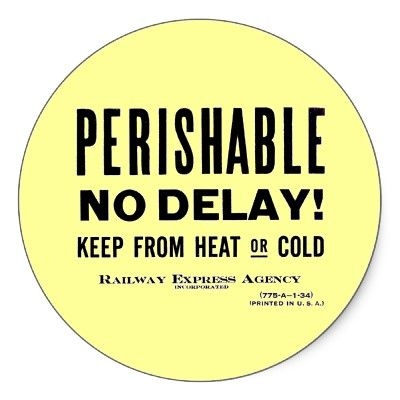 At this time, United Parcel Service provided department stores a consolidated parcel delivery service in principal west coast cities like Seattle, Los Angeles and San Fransisco. In the 1930s, it spread to provide the same consolidated parcel delivery program for major retailers in New York and other principal Eastern / MidWestern cities. The Railway Express Agency, a monopoly set up by the federal government under the Wilson administration, controlled interstate parcel and much of the express Less-than-Carload services. Just after this film appeared, REA's premium profit maker, refrigerated express service, would feel the bite of over-the-road refrigerated truck service. REA rapidly declined in the 1960s as UPS built its truck and highway based network and honed into the exclusive air contracts that REA once controlled.

Passenger service started to decline in the early 1950s. As the interstate highway system expanded and automakers cranked out new cars, customers flocked from the constraints of railroad scheduled service and to the freedom of door-to-door service without schedules.

The timing of this film is important because it is about the time that the fortunes of commerce started to turn against the railroads. Listen to the film and note the tone of the players. While all of these people are actors, can you hear a tone of defensive posturing, the arguments about how important the railroads are? In business, and life - timing is very important.

Have fun with this old school film. Think about everything that is about to change for this industry, at this time, at this moment. Do we have an industry in our current world that is in the same historical moment?