The Battle of the
Dock Delay 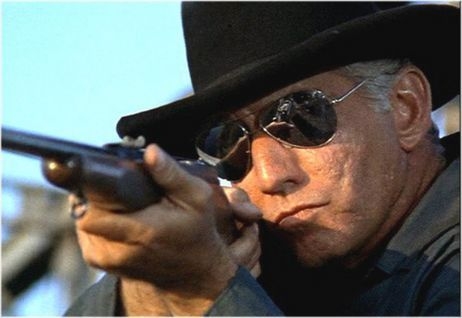 The trucking industry and the shippers continue to chant the mantra, "if it ain't broke, don't fix it!" They want the current rules to remain. The drivers believe that the HOS rules are broke, and they would like the rules loosened.

Frankly, those rules are not going to get loosened. If the rules become looser, the safety advocates will drag FMCSA back into court, unleashing their legal dogs and claiming that the agency is yet again ignoring scientific fact. While one could argue the validity of the "facts" in the science, the rules of the game are stacked up.

Drivers want more flexibility because of delays at shipper and receiver locations. A vast majority of the driver comments made at an Hours of Service Rule Listening Session openly complained about delays at origin and destination. Stories of three- and four-hour wait times before even bumping the dock were told to senior agency officials on the dais—who were pretty good at maintaining blank faces as they heard story after story about excessive wait times.

When the HOS rules first changed in 2003, many of the large carriers immediately communicated to their shippers and receivers that they would be charging a power-delay penalty. Swift Transportation created an automated e-mail that would roll to the shipper when the truck reported being at the location for 75 minutes. It did not matter if you were unloading, as soon as you hit that 90 minute mark, Swift was billing the $75 detention fee. All the other major carriers did the same.

Some of the largest shippers in North America began to invest some very serious money and effort into improving their loading-dock efficiency. This is not a recent movement; most receiving points have been using some form of receiving appointment system for over a decade. Back in 1986, when I first took responsibility for a receiving operation, I implemented a receiving appointment program that required inbound loads to make a scheduled appointment at least one business day in advance. I know that there are exceptions today, and that some operations do not embrace that simple, common-sense approach. Doom on them.

In the "bad old days,” it was all right to have a lot of slop and a lack of tolerance in your operations. Just as manufacturing tolerances improved, operations tolerances improved. The economics of business in our world, where credit is tight and time is tighter, changes the equation. A fully equipped loading dock door with the dock leveler is potentially a $20,000 investment. Extra dock doors to allow for sloppy operations is an investment few companies are willing to make today. In today's world of high-volume distribution, a world in which millions of dollars in freight flow across the loading dock each day, the pressure to turn the doors and the trucks quickly is incredible.

Congressional representative Peter DeFazio (D-Oregon) introduced a bill that requires the Department of Transportation to study and establish a maximum number of hours that drivers may be detained at loading docks without being compensated. DeFazio proposed the legislation in response to concerns raised by independent truck drivers about the time and productivity they have lost waiting at loading docks.

So shippers, if you are not working to turn the trucks, the government may not leave it to market pressures. Once again, rule-making will dictate how you will pay for your inefficiencies above and beyond what you already pay.

More Voices That Say the HOS Changes Are Not Enough

And Now for Something Not So Completely Different...