On a floating day of holiday shopping, a conversation about history—and a bit of drinking—led to some internet research.

The question:  What is a hippie? The conversation, conducted through a form of non-conversation (Facebook), got silly over the definition. The argument, mostly among people who were not alive at the time (several of the people in the thread were born in the 1980s), bordered on comical. Terms and terminology.

It tickled me to think of how people think they understand the terms of a conversation. I thought it was a great time to throw in a bit of historical perspective. So, I proposed that the combatants in the exchange listen to a video from the period on the topic of hippies, in which experts on the subject engaged in some civil discourse. 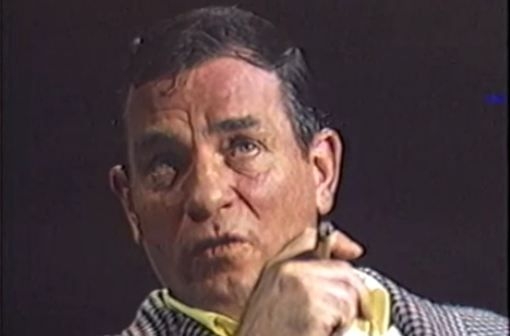 Which brings us to the video to the left, a 1968 episode of "Firing Line." Here we get to hear William F. Buckley interview three subjects with three different viewpoints—academic (Lewis Yablonsky), journalistic (Ed Sanders), and inebriated (Jack Kerouac).

I think the best gem of the whole episode is Jack's comment that the whole Vietnam conflict was nothing more than a ploy to get jeeps.

Did they ever get to a defining the term? Nah.