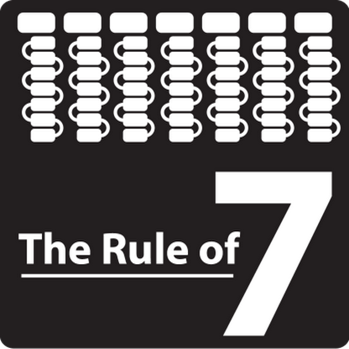 Why don’t people get the message the first time? Do you get frustrated when you have to repeat a message over and over before people even get it, let alone remember it?

The “Rule of Seven” in advertising and media is important to remember. Simply put, consumers are more likely to purchase a product or service after having seen an ad at least seven times. The rule is not new — I found a reference dating to the 1880s for the first time the rule was articulated in writing. There are other references that date the idea back even further.

A few years ago, in the middle of a major change in process, I coached the team that we had to have more patience with our trading partners and internal customers — that it would take time for the message of the change to get out and become important to our partners and customers so that they would start to comply with the changes. I stressed that it was our job to continue to communicate the change to each of the partners, that we would need to use different forms of communication and deliver the message repeatedly, in a number of ways, before we would see widespread compliance.

“You have to be kidding,” they said. “They are adults. They can read. It’s their problem.” The idea that we would have to keep communicating the message just did not make sense to some members of the team.

I knew better from firsthand experience. Before I became a logistician I was an “ink-stained wretch;” that is, I worked for newspapers and magazines. I sold lots of advertising. It was in that stage of my career development that I learned firsthand about the “Rule of Seven,” and how it applied to so many other areas. One of the biggest arguments against buying advertising is that it does not work — an argument made by the “tried it once and it didn’t work” crowd. I also learned that my best accounts did not buy on their first visit. If they were going to buy, it would happen around the seventh contact I made with them. Those “contacts” could be nothing more than a phone call or a note in the mail.

Do you respect the “Rule of Seven” in your communications?

The Story of Arthur Carstairs