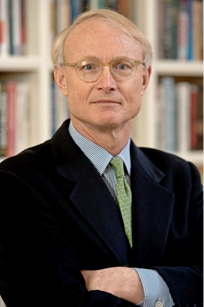 While many think doctrine with religion and military in mind, strategy in many ways has shed its military connotation.  Starting in the 1960s, a small group of business consultants built a growing industry based on business strategy.  Bruce Henderson’s Boston Consulting Group (BCG), Bill Bain’s Bain & Company, and Fred Gluck’s McKinsey & Company formed the Big Three of corporate strategy consulting.  These consulting groups worked with the top leaders of the biggest of companies, developing a new focus on the strategy of the business.  At the same time, Harvard Business School Professor Michael Porter not only taught strategy in classes, he wrote much of the foundation of what business schools across the world teach as business strategy.  Porter’s influence is wide when you consider that his seminal work is in the syllabus of any MBA program.

The "Big Three Plus One," these three consulting firms and Professor Porter, became influential on business in ways unheard of before.  The Big Three relentlessly focused on working with senior executives, starting with the president/ CEO of a corporation.  Porter wrote not for the student, but for the leaders of business organizations.  These people launched a revolution in business, where strategy formed the framework companies used to think about and understand what they did, and the construct of organizing the actions and efforts to take.  The concept of strategy, as presented by The Big Three Plus One, involved a different kind of thinking, a focus on ideas, not plans.

As often defined, strategy is the art of a leader developing a general, undetailed plan of action.  In a traditional sense, company leaders establish strategic goals, a target for the organization, sometimes with vague instruction on how to get to the goal.  As presented, strategy is something accomplished over a long time period, efficiently using available resources to achieve the goal.  Many leaders look at strategy as a fixed and rigid plan of actions.  Those leaders find it hard to maintain the strategy in its fixed form, and start to change the plan with the first contact of reality.

Thinking of strategy as a fixed plan is the wrong way to look at strategy.  For a strategy to be successful, those adopting the strategy must commit to it.  The strategy defines the purpose and the mission of the actions, but not the actions themselves.  Too many leaders think of strategy in deep layers of detail, unable to see the total campaign, let alone the battlefield.

Henderson, Bain, Gluck and Porter changed the way that leaders thought about their businesses.  Henderson in particular thought that strategy was an intellectual activity.  Strategy required thought, inspection, and retrospection.  Moreover, Henderson believed that once leaders developed the strategy, they had to commit to the strategy.  Henderson and BCG persuaded clients to look at the business using intellectual tools and concepts, like the Experience Curve, The Matrix, and the Rule of Three and Four.  The goal for BCG, Bain, and McKinsey clients was to think, and then make commitments to the strategy.

The Known and the Unknown 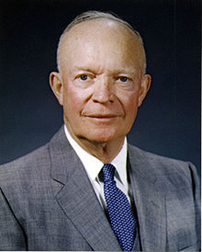 In 1957, then US President Eisenhower said, “Plans are worthless, but planning is everything.”  Often quoted as a single line, this snippet is something taken out of a greater context.  “There is a very great distinction because when you are planning for an emergency you must start with this one thing:  the very definition of "emergency" is that it is unexpected, therefore it is not going to happen the way you are planning.”

From Eisenhower’s perspective, the Supreme Commander of the Allied Efforts in Europe in WWII and as US President in the early days of the Cold War, the unexpected was a way of life.  In the 1957 speech to the National Defense Executive Reserve Conference, President Eisenhower spoke to the unknown issues of the times, the lack of knowledge about the enemy and of the enemy.  The growth of the US intelligence community grew sharply under Eisenhower’s terms because he knew that planning for the unexpected was never as productive or effective as planning for the known.

Eisenhower’s point was not that planning was worthless, but that planning must rest on the known factors.  Strategy is not planning, but there is an element of planning in developing a strategy.  Strategy addresses the unknown and known factors of a business.  A well-developed strategy uses information about the business and information about the market to define the goals of the organization.

Setting a strategy is not an act of planning, it is an act of commitment.

Logical or Illogical – Think or React