Effective Leadership: Have You Got What It Takes
to Succeed?

R-E-S-P-E-C-T:  Unlike some political leaders, I can spell it correctly. But in order to be an effective and successful manager or supervisor, there is a key rule to follow and always keep in mind. Namely, RESPECT IS EARNED, NOT GIVEN. How many leaders fail to understand that basic principle?

Just like they say in those USMC ads, true success is “EARNED, NEVER GIVEN.” Managers and supervisors (i.e.; leaders) should always keep this in mind when managing their subordinates and when dealing with their superiors.

What does it take to be an effective and successful manager or supervisor? The requirements are the same, regardless of the industry or department you work in. Have you ever worked for or reported to a boss who “demanded” you respect him because of his title or position, rather than earning that respect by demonstrating his leadership skills? And worse yet, when you fail to show respect to that person (who has done little or nothing to demonstrate that they deserve the “respect” they are demanding), you become their enemy, and you dread coming to work because you know what is waiting for you. Any of this sound familiar? Feel familiar? 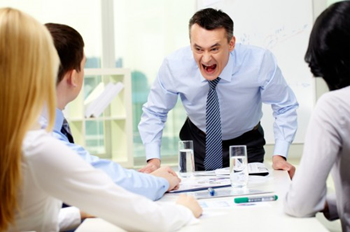 Speaking from personal experience, I can tell you that working in such an environment has a tremendous de-motivating impact on your work performance. Worse yet, it carries over into your outlook on life outside the office. It’s like a slow-acting poison that just wears you down mentally and physically. This is especially true when you harbor no animosity toward the individual himself, but the feeling is not mutual.

Mutual respect is the underpinning of a successful relationship, be it in the work environment or the family environment. Effective and successful managers and supervisors understand this principle and apply it in all they do. Those who demand respect but do nothing to deserve it (the “do as I say, not as I do" crowd) will ultimately fail in leadership and life, whether they realize it is happening or not.

If you find yourself in a situation like the one described above, you would do well to work to get transferred out from under such a boss — or better yet, to seek other job opportunities in places where mutual respect is a feature of the work environment, and your skills are welcomed and respected as part of an integrated team effort. You’ll be glad you did.

On the other hand, if you are one of those leaders who “demand” respect for no other reason than your appointed rank or position in the organization, you would do well to contemplate the impact of your behavior on those around you, and the unforeseen consequences of your actions on the organization in general. HINT: IT AIN’T GOOD!