Do you trust me?

If you don’t know, that is okay. Likely we have not met face-to-face, or even over the phone or on a social media channel like LinkedIn. You may know me from reading some of the articles I have written, or this could be your first exposure to me.

When do you start to trust somebody? Do you follow Ronald Regan’s “trust, but verify” maxim, trusting someone when you first meet them, and then waiting for them to show their true colors? Do you mistrust from the start and make the other party prove themselves?

If everyone lies, as Pamela Meyer says in her 2010 book, "Liespotting," and in her TED Talk from 2011 (see below), how can we trust anybody? Simple mistakes. White lies. Exaggerations and stretching the truth. Slight deception. Lies of omission. Bold-faced lies. Whoppers. How can we trust anybody if we all are capable of such a broad array of deceptions? 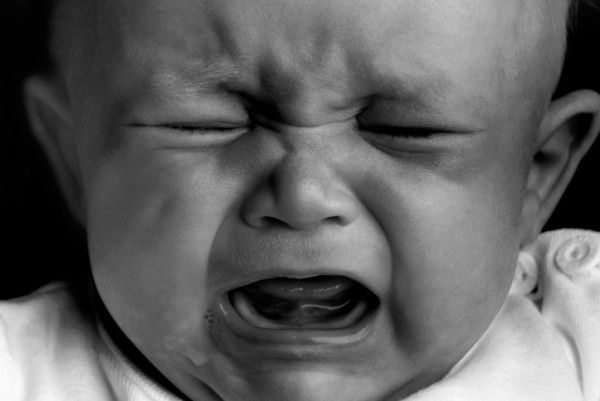 We start our path of deception early, before we can ever speak. Babies lie with their cries, often just wanting more attention. When the coos and the toothless smiles no longer hold our attention, the crying is sure to bring some form of attention. From this early age, we learn how to manipulate our parents. Those behavioral skills, honed early, stay with us. If you look around your workplace, you can see your co-workers displaying some of these core deception skills.

In a world filled with people who can tell a lie at any moment, how do we trust anybody? We must grant trust in the face of the possibility that we are being lied to, because without trust, the systems we rely on every day would not work. The systems work, so we must be able to trust.

Sometimes we can build trust quickly. Sometimes it talks a long time to build trust. I myself tend to trust first, and quickly verify the person’s integrity and trustworthiness by watching their actions. The trust I am looking for is more than just telling me the truth, which is simply making your words fit events and actions that have occurred. The trust I want is the knowledge that your future actions will be consistent with the words you utter to me today.

To me, telling me the truth is never enough, but it is a requirement to establish my trust. Even if you can’t tell the truth, if your actions are predictable based on what you say you are going to do, then I can trust my judgment of you. I once hired a gardener to mow the grass on Mondays. He agreed that Monday was the day, but was always two days late after that. The yard always looked great, it was a perfect job, and always two days after what we had agreed upon. I trusted that he would do a great job, because he always did. And I could predict when he would mow—two days after the agreed-upon time. I knew if I wanted the yard done on Monday, I had to tell him to do the work on Thursday or Friday.

We can work around trust, mistrust, and distrust, but it takes more thought and energy to work in those gray areas. I was able to work with the gardener because I knew his quality was good, but I had to spend extra effort thinking about the schedule and anticipating his schedule impairment. It took extra energy, but not so much that I was unwilling to work with it.

Trust is therefore not measured in binary, black and white terms. We grant trust to people, knowing that they are capable of lying to us. If we know their words are not truthful, their actions may still be predictable, and we extend trust based on those actions. We sometimes reassess how much we trust somebody, often after we are surprised at their unexpected behavior. Did they do wrong? Perhaps not. We may be a fault because we did not pay attention to the nonverbal signs they may have given us.

Here are a few examples of failures of trust in a distribution center setting. These two vignettes, based on real events that I observed during the course of my career, are examples of how trust erodes performance and career advancement. The behavior was clear in each case. The people in these stories extended trust to others despite behavior that should have served to warn them not to. In each case, however, the stamina needed to maintain trust was not endless.

I worked with a young manager who exaggerated the details of his personal life. He talked about his gorgeous girlfriend, his incredible car, and his large investment account. Many of the people who he worked with never called him on his exaggerations. Passed over for promotion, he could not figure out why, until a new general manager started to call him on his boasts. His boss wanted to see the car, wondered why the hot girlfriend never showed up for company social events, and challenged him about the investments. 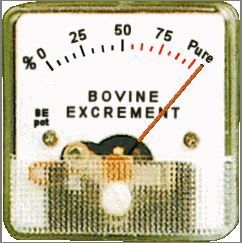 The general manager told the young manager that if the boasts and exaggerations stopped, people would trust him more, and promotion could happen. Determined, the kid worked hard to change his patter, sticking to the truth and only to the business. In fact, that was easy, because this manager did tell the truth about the business. However, as the general manager trusted this manager more and promoted him to inventory control manager, the rest of the management team trusted the manager less. The young manager could not shake his reputation, and the other department managers did not trust him in the role of inventory control manager. This young manager’s career did not take off until he moved on to another company.

Internal managers who came from other DCs in the company found it difficult to work under the new régime. These managers, who had developed relationships with people in other parts of the company, carefully shared how the management team had become divided into two camps — those who backed the GM, and those who did not. At the employee levels of the DC, confusion mounted. They could sense the tension between the managers and supervisors, and they could see the division.

As these machinations played out, people stopped trusting managers and supervisors. A large number of the employees spoke Spanish, while few of the managers did, and none of the managers loyal to the DC manager spoke Spanish. Before long, inventory accuracy started to fluctuate, and stores started to report more shipping errors. Inventory and shipping audit reports for external consumption reported a continued level of accuracy, while internal managers reported that internal measures showed higher error levels.

Conditions continued to erode until physical inventory. At physical, members of the corporate accounting and operations departments assisted with the counting process, verifying accurate accounting and providing certification of the inventory. When receipt records did not match the counts, two managers shared that several truckloads of delivered merchandise sat in the yard that was not accounted in the system. Just prior to the physical, in an effort to quickly clean up the docks, the GM instructed the receiving crew to load the merchandise into trailers and park the trailers in the yard. When confronted, the general manager denied that he had given such instructions. A quick inspection in the yard uncovered several unsecured trailers of merchandise.

Senior management fired the general manager before the end of the physical inventory. Would the general manager have kept his job if he had admitted to breaking the company policy or procedures? Perhaps not, but there was no way he could keep his job once his boss discovered his lie. Over the next few weeks, the DC management team revealed more examples of deception. Over time, as the new GM took over, the managers and supervisors who had supported the deceptions of the old GM departed … some voluntarily, some not.

I think that we are fairly good at spotting liars. If you are wondering if you can spot a liar, perhaps this 2011 TED Talk by Pamela Meyer will help you assess your abilities. My bet is that your skill at spotting liars is fine, but you may want to strengthen your stamina for developing trust and distrust. This 19-minute video is a solid investment in time that will bring you returns. Meyer highlights the truths behind lies, including Truth #1:  Lying is a cooperative act. If you have invested the time to read this far, invest the extra time to watch this video.

The material presented in the video will be on the test.