How does it feel when your expectations meet reality? 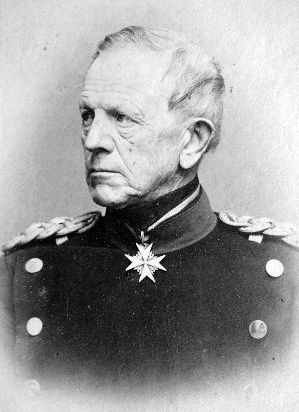 Imagine why Field Marshall Helmuth Karl Bernhard Graf von Moltke, Chief of Staff of the Prussian General Staff from 1857 to 1888 said, “No plan of operations extends with any certainty beyond the first contact with the main hostile force.” It is the same reason that Dwight Eisenhower said, “In preparing for battle, I have always found that plans are useless, but planning is indispensable.”

Consider the intentions of the different parties in this case study.

The Customer, a parcel carrier, wanted to upgrade a critical sortation point in their network, an upgrade that would increase the carrier’s capacity, enabling them to handle massive spikes in holiday package volume, so they could avoid disappointing their Customers' customers. The Customer intended to have the capacity to handle increased volume by the start of the holiday season.

The Prime Contractor, the company that had designed the conveyor systems, wanted to serve the Customer, meet the schedule, and make a profit from the transaction. Rushing production, juggling schedules, expediting shipping, and procurement of services all eroded the profit margin on the project. The Prime Contractor intended to preserve as much profit as it could, or minimize the losses it would take, serving the Customer and delivering the project.

The Secondary Contractors, the companies hired by the Primary Subcontractor, wanted to make their profit margin from the skilled labor required to build the project. They intended to keep their workers working until the next job.

Finally, the workers themselves wanted to earn pay from doing the work. They liked working, and took pride and satisfaction in their work. However, the workers were there first to earn pay to support their families.

How aligned are the intentions of the five different entities?

More than a month after starting the mechanical installation, and about three weeks after starting the electrical installation, the first signs of misalignment of intention started to become apparent to the Primary Subcontractor. That is when the Project Service Agreements (PSAs) arrived in the owner’s inbox. Printing out the documents, the owner read over both packages. Each PSA, with appendix pages, totaled over 30 pages. Each document contained a generalized scope of work describing the work expected on any conveyor project. The scope was not specific, and did not contain the conveyor lists, the drawings or the details about the work. Each PSA contained an extensive three-page table indicating who was responsible for doing what work. Each contract spelled out in writing what the value of the contract was, what the Contractor would pay the Subcontractor.

As with any contract, the devil is in the details. At a minimum, a contract for a service has to contain four parts.

The PSAs, as delivered to the Primary Subcontractor, lacked the necessary details. Typically for the Prime Contractor’s practice, the first page of the appendix should have shown the AIA Schedule of Values chart. While the PSA did contain a paragraph about the total value of the contract, the page for the Schedule of Values was blank except for a single line, “Please provide ASAP.” The second page listed additional referenced documents that supported the contract. Some of the documents listed used cryptic file names as identifiers, not a title like, "Conveyor List," "Detailed Project Scope of Work," or "Referenced Project Drawings." The PSA contained a general Scope of Work that outlined the general nature of the work and the standards of quality, but did not address the specific work. The PSA used references to other documents, documents not provided with the PSA.

I am not a lawyer, and so I am not rendering a legal opinion. But I have drafted or been party to thousands of contracts. I know enough to understand that courts use the four corners rule for interpreting written agreements. Basically, any modifications to the contract after it is executed, unless they specifically replace or supplement the agreement, do not apply. A contract can refer to other documents that exist prior to execution—and it can refer to other supplements to the agreement, like a Conveyor List or a Scope of Work—if the meaning is clear, if the documents existed before execution, and if the referenced documents are available with the agreement.

In our case study, the Schedule of Values did not exist. Later, the Prime Contractor issued a Schedule of Values, and that document did specifically state that it updated the agreement. However, the Scope of Work, with the list of drawings, did not exist prior to the execution of the PSA. The Owner of the Subcontracting Company should not have signed the contract, because the referenced materials were not provided with the PSA. If they had been provided, the Owner would have recognized that the terms of the deal had changed, moving the contract from just furnishing labor on time and materials, into a fixed-price and scope-of-work agreement.

Months later, after the two parties started down a path to litigation, the Scope of Work appeared. The face of the document indicated a date prior to the date of the PSA, but the electronic date stamps for the document failed to substantiate the accuracy of the document date.

Did the Prime Contractor engage in fraud, or was the problem more innocently created, by bad practice and poor discipline in contract document management?

Both parties had a hand in the problem.

The Primary Subcontractor should have refused to sign the agreement. It did not matter that the Subcontractor was already performing the work, because the Subcontractor was performing the work under the terms of the signed proposal. The PSA did not specifically replace the proposal, even signed; the PSA perhaps augmented the operating agreement under the proposal. Still, the PSA was incomplete, and did not contain in plain language in the four corners of the agreement a clear definition of the specific work.

Case Study: If it Worked Once