Case Study: If It Worked Once

To learn from your mistakes, you must first realize you are making mistakes. 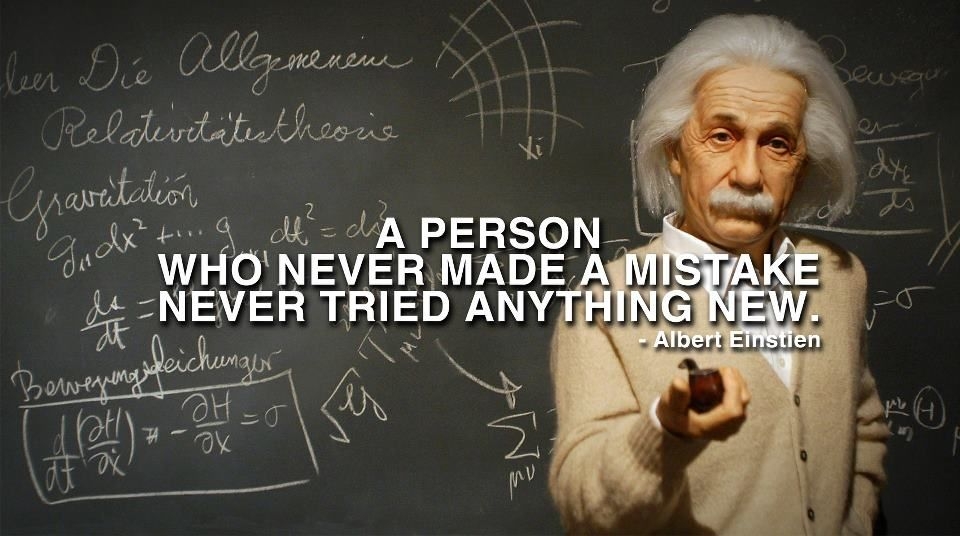 Failure can be an unforgiving teacher. However, in order for failure to affect behavior, we must be able to understand the relationship between the failure and the behavior.

Imagine you are visiting another country. You need to go to the bathroom. You approach somebody who looks like they know where they are and like they may speak English. You might try to ask them where the bathroom is. Or if you're smarter, you might ask them, "Do you speak English?"

Happy and relieved, you ask them where the public restroom is. They scratch their head and then point off in the distance, down the street. Happily, you head down the street looking for the public restroom. You walk a little while, finding no indication of a restroom, and you realize that they may not have understood what you were asking. Or maybe you just didn't understand what they meant by their response.

Asking the question, “What color is my shirt?” could be a great way to test them. If your shirt is red, and they answer “sausage,” you know that you have a failure to communicate.

One of my favorite books about negotiating is Start with No by Jim Camp. Camp asserts that a yes answer is worthless in negotiations; the word no is far more useful. I agree with Camp’s assertion. Not only is this assertion important when negotiating a contract, I think that the word no is perhaps the most concrete answer you can get to any question. However, the quality of that answer depends on the quality of the question.

I am not asking the question of who is to blame; I'm asking two completely different questions: 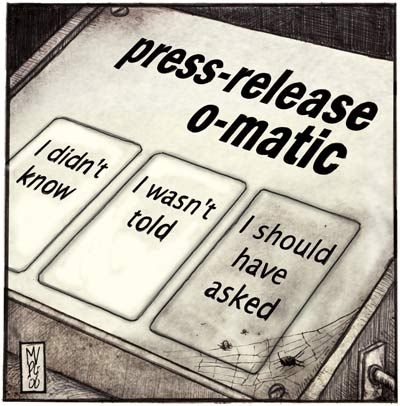 The entire premise of this series rests on the notion that a contract may be legal, but the execution of that contract does not necessarily have to be ethical. Responsibility bridges the gap between ethics and contract law. If you are going to fight a contractual dispute, you have to focus on the issue of responsibility, not ethics.

Contracts do not define who makes a mistake, but contracts may define who’s held accountable for their mistakes. When the contract defines who is accountable, it is simply an agreement before the fact, defining who accepts the financial risk of a mistake. I know of contracts between Prime Contractors and Subcontractors that go as far as saying that the Subcontractor accepts the financial risks for the mistakes of the Prime Contractor.

Stop. Just to be clear, let me repeat myself.

I know of contracts in which the Subcontractor accepts the financial risks created by the Prime Contractor’s mistakes. And I know of Subcontractors who have signed those agreements.

The Cost of Electricity

Returning to our case study, I said at the end of the last post that things would only get worse.

Installing cable trays is more of an art, because the electricians have to figure out the proper routing, cut the material, and assemble the trays. Bending the conduits can be a more complex art form, because you can't bend the conduit in place. Pulling cables through cable trays and conduits requires a great deal of physical effort. A typical conveyor electrical system requires hundreds of different fittings, nipples, brackets, clamps, and other hardware.

The system had over 900 motors, each requiring a VFD. The system used over 150 control panels and over 50 control cabinets. A sizable number of the cable trays ran underneath the conveyors, some even underneath the supporting platforms. Over 100 spiral sliding chutes each required complex, twisted conduits to house the cables for photo eyes. All of the devices used special cable, with special connectors that you don't find in a corner hardware store. Unlike other conveyor systems, this one used motors and equipment made by European manufacturers, using European fittings.

As with the mechanical install, the prime contractor on our project found it difficult to hire an electrical contractor to install the extensive controls and power circuits. Because of the schedule change, the electrical engineering was incomplete when the electrical installation needed to start. Without a clear scope of work and drawings, any competent electrical contractor would find it impossible to submit an accurate fixed-price contract. Most contractors, when faced with the dilemma of vague scope and design, will price risk into their proposal. The more vague the scope and design, the more money the contractor will demand to cover the risk of the unknown. Many smart contractors will not submit a bid, out of fear that even priced fat they could still lose money on the project. Others will submit a time-and-materials-only proposal, charging the prime contractor for the labor and materials used.

What do you think happened on this project?

The subcontractor who picked up the extra work for the mechanical install learned of the opportunity to pick up even more of the work on the project. This time, it wasn't the site manager who instigated the contracting, but the prime contractor’s procurement department. The procurement manager asked the owner of the subcontracting company if he knew of any electrical contractors who might be interested in the project. The owner's subcontracting company happened to have a relationship with a sizable electrical contractor, who had experience installing conveyor systems. 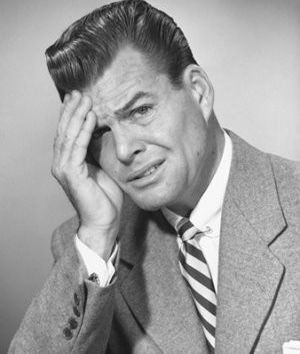 With an incomplete scope and set of plans, both the subcontractor and the electrical contractor were uncomfortable providing a fixed price for the work. Still, the contracting team felt confident that they possessed the necessary skills to do the generalized work. In the meetings, the contracting team used the term "design–build" several times, indicating they would design some of the electrical systems as the conveyor system came together. The Prime Contractor did not disagree in the meeting with this description of the work.

The contracting team proposed a time and materials bid; ten men working ten-hour days, six days a week for ten weeks. The proposal included a $5,000 allowance for consumable materials. The contractors included language that allowed for an extension of the proposal if agreed to by both parties before the end of the ten weeks. The Prime Contractor's procurement manager accepted the proposal, putting his electronic signature on the document. He also included a short statement: “A PSA to follow shortly after execution of this proposal.”

What do you think happened next?

Three weeks later, an electronic copy of the PSA arrived in the e-mail inbox of the owner of the contracting company. The PSA converted the time and materials proposal into a fixed-price contract, referencing drawings and a scope document that were not attached to the contract. The dollar amount of the contract was exactly the same as the dollar amount on the time-and-materials proposal. The PSA shifted the burden of supplying all of the electrical conduit and hardware onto the subcontractor. 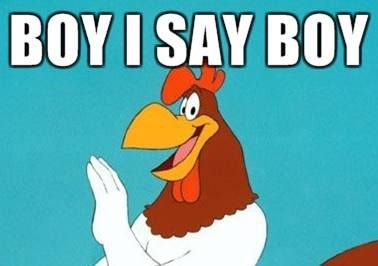 Both the subcontractor and his electrical partner had reviewed the project scope when making the proposal. Their proposal only provided manpower for half of the project, since the electrical install schedule extended beyond 18 weeks. A reasonably competent person reviewing the proposal to the project schedule could quickly determine that the ten-week proposal was far short of the 18-week installation schedule. For a contracting manager to convert a ten-week time-and-materials post into a fixed price contract, knowing that the schedule was 18 weeks, is incompetence—or worse, an unethical act.

What do you think the owner of the subcontracting company did with the agreement?

Horrors, he signed it.

It only gets worse.

Note:  Just a reminder given the nature of this series, I am a logistician and IANAL (I am not a lawyer.)