Commercial markets are like grains of sand on the beach.  The sand stays in place until the next wave comes up and moves it around.  The US energy markets are feeling a wave of change, shifting the calculus of not only oil prices, but natural gas prices too.

Energy production in the US is one of the few economic bright spots in the past five years.  During that time the US started exporting more petroleum products than it imported, mostly refined products like ultra-low sulfur diesel and jet fuels.  Horizontal directional drilling and fracking of tight oil and gas deposits in shale buried thousands of feet below the surface unlocked a new wave of raw hydrocarbon fuels.

The windfall of new energy sources is nowhere near existing energy transmission and transportation resources.  Just as advances in other technologies disrupt the balance of business markets, the application of directional drilling and fracking is in the process of disrupting energy markets.  We saw disruption in the petroleum markets over the past five years, with substantial changes in refinery ownership and available capacity.  The changing of the source of crude to domestic operations and the importation of finished products, like RBOB, disrupted the petroleum market in the Northeast US.  Oil companies shuttered refinery capacity along the Delaware River in 2011 and 2012, not able to stomach the losses from continuing operations that could not generate a profit.

Energy commodity markets do not have a single price.  There are actually many prices, based on the commodity, where the transaction happens, and the timing of the contract.  Contracts for 1,000 units of a commodity trade from the time they first release until the time the contract says to deliver the product.  Wheat, corn, iron, coal, natural gas and oil all trade as commodity contracts.  The contracts name a place of settlement, the physical location of the physical transaction at the end of the contract.  A contract for 1,000 barrels of WTI will list the Cushing connection as the place of settlement.  However, much of the US crude oil production doesn’t touch Cushing at all.  That oil moves by train from North Dakota to both the Northwest and the Northeast. 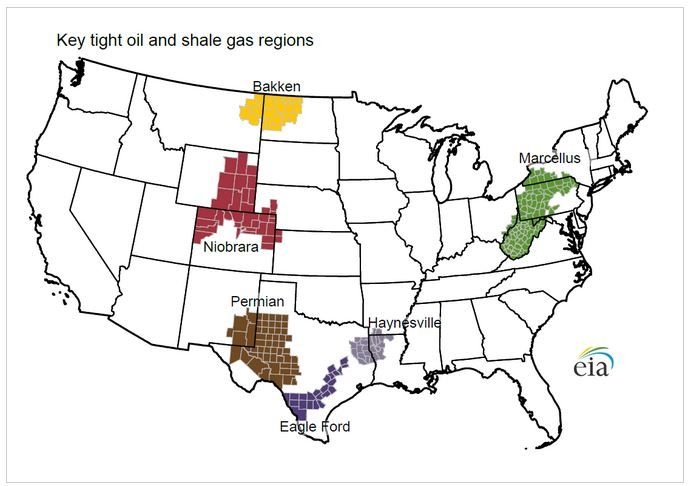 The oil pricing markets started to change as oil out of the Permian Basin fields started flowing into the tank farms of Cushing, Oklahoma.  As the supply built up, the pipeline system could not flow the oil into enough refineries. The pipes were there, but the lines flowed from the Gulf Coast northward, while the oil sitting in Cushing needed to flow southward.

For years, the two key oil market spot prices, West Texas Intermediate and Brent (from the North Sea),  never differed more than a dollar.  That changed as crude oil backed up in Cushing.  With the glut of WTI sitting trapped in Cushing, the price for WTI dropped when compared to Brent, the difference sometimes as great as $25 per barrel.

Then the fields of North Dakota started pumping.  While the Permian area already had an extensive collection and bulk transmission pipeline network to carry WTI to Cushing, the Bakken fields were brand new, with no pipeline-based collection system.  Oil will find its way to market, and in the first few years of Bakken development, trucks and short line trains moved the crude to terminals along existing pipelines.  The ample supply of North Dakota Sweet trapped in North Dakota assured that NDS priced less than WTI, and less than Brent.  At times in 2012 and 2013, Bakken crude priced almost $20 per barrel less than WTI at Cushing, and almost $40 less than Brent.

In a market-driven economy, things never stand still.  The eastern refineries needed pricing relief.  For years the refineries along the Delaware River sucked in crude delivered by foreign flagged oil tankers moving oil from the Arabian Peninsula, Nigeria and the North Sea.  The century-old refineries operated by Sun Oil, Conoco Phillips, and Coastal needed light and sweet crude, low gravity and low sulfur, to operate at peak efficiency.  These refineries did not have the equipment to handle heavy and sour oils, like the cheaper oils of Venezuela.  So the key refineries of the northeast had to buy Brent price base crude.

As the pipelines that connected Cushing to the Gulf of Mexico refineries and ports changed flow direction, the WTI oil from Cushing started to change global prices.  The gulf refineries, equipped to use just about any kind of crude, could swap between crudes, blending in the Cushing oils that allowed for better margins.  The WTI stopped at the Gulf, because of the Jones Act requirement for US flagged ships serving US Port to US Port trade.  The lack of US flagged crude tankers in the Atlantic Ocean to provide cabotage service between Texas and the Delaware River ports prevented eastern refineries from getting the cheaper oil that they could compete with. (Read more about cabotage here.)

A squeeze play requires two moving defending players to come together on the base runner.  In this story, the lack of crude transport infrastructure was one of the squeeze points.  The other was the importation of RBOB and CBOB.  I explain the BOB brothers, RBOB and CBOB in the article, "The Gasoline BOBs – CBOB and RBOB (and CARBOB)."  These are the raw blendstocks for gasoline in the US.  A wave of cheap imported RBOB and CBOB rolled into the northeast markets in 2011 at a price that was less than the total refining cost of gasoline for domestic operations.  Squeezed by an inflexible and increasing expensive feedstock cost and withering price competition from refiners that could sell for less, several refinery operators chose to shutter refining operations.

The market shifted as investors saw an opportunity to profit from the pricing disparity between the Bakken crude and the Brent crude.  The trick was how to move millions of barrels of oil from the fields of North Dakota to the East Coast refineries.  That is how the Crude By Rail (CBR) trend started, with the first unit trains moving 100,000 barrels of Bakken crude to the East in early 2012.  The Irving Oil company in New Brunswick was one of the first eastern refineries to jump in and start moving multiple trainloads of Bakken oil.  The Irving facility draws about 300,000 barrels per day, equivalent to three CBR unit trains. While WTI and Brent are the crudes we hear the most about, a great deal of the oil in the US is selling at a cost that is under the price of Brent, and sometimes below the price of WTI. 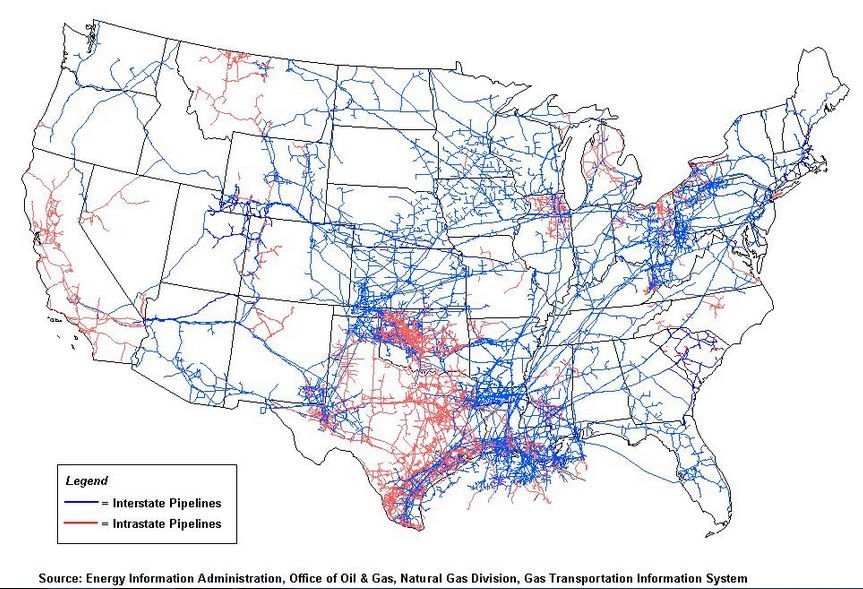 Natural Gas is a fungible product, like finished petroleum products.  The Natural Gas in pipelines is so generic that Natural Gas from one source is not different than from another source.  When most of the US gas production came from off-shore Gulf of Mexico and Gulf Coast states, it made sense to make Henry Hub as the point of settlement.  Henry Hub is an empty place in Louisiana where major production pipelines from the traditional gas fields cross and connect.

The development of the Marcellus Shale gas under Pennsylvania is disrupting the pricing point of the natural gas market.   Now the largest natural gas field in the US, the Marcellus only generated about 2 billion cubic feet per day (bcfd) in 2010.  Marcellus production topped 15 bcfd through the middle of 2014, making up 40% of the total US natural gas supply.

Again, transportation capacity creates a pricing differential.   The production in the Marcellus grew faster this year than the takeaway capacity of the pipeline system, backing gas up in the systems.  When a commodity can’t flow to the demand, the price for that commodity drops until it is priced to move.  Marcellus gas, traded at the Dominion South trading point outside of Pittsburgh, dropped in price as production flowed into storage and not into consumption.

Just like the oil pipelines out of Cushing changed direction, so have some of the gas transmission lines along the eastern region of the US.  The rich shale deposits in the Marcellus not only produce natural gas, they produce ample natural gas liquids (NGL), the core of many plastics and other prime materials.  Pipeline systems that once carried gasoline and diesel from the refineries in Philadelphia now carry NGL back to one of those refineries, repurposed for the processing of NGL.  Chemical companies are in the permitting process to build new plants in the Marcellus to be close to the supply of NGL.

The Marcellus is directly between the old supply and the largest concentration of demand in the US.  Product and position combined help reshape a market.