If you Google the term "oil volatility," you will find pages of entries about the OVX on the CBOE (that would be the Oil Volatility Index on the Chicago Board Options Exchange). The OVX is an Exchange Traded Fund (ETF) that measures the market's expectation of 30-day volatility of crude oil prices.

That is not what we are looking for.

Add the word "crude" in front of oil, and there are entries talking about how crude oil is as explosive as gasoline.

Now we are finding what we are looking for. 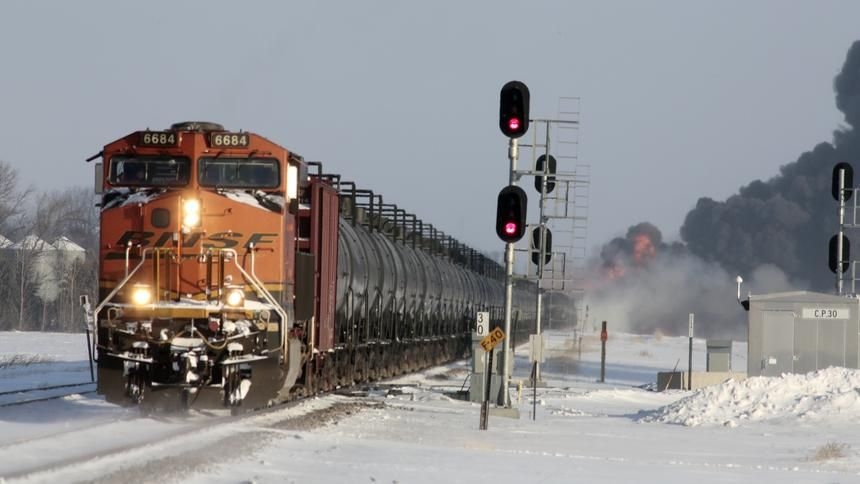 The Canadian Transportation Safety Board (CTSB) report about the chemical analysis of the oil involved in the July 6, 2013 Lac-Mégantic, Quebec derailment and fire focuses on the volatility of the crude in the tank cars, specific to the explosive nature of the oil itself. Tests on the crude showed a low flashpoint, the temperature at which the crude emits enough vapor to ignite in air. The report indicated that the lower flashpoint was a contributing factor to the force of the explosions and the quick spread of the fire.

The CTSB analyzed samples of the crude remaining in the nine tank cars that did not derail in the crash. They found the samples were of a light, sweet crude oil whose flashpoint was consistent with a condensate or gasoline product. The testing showed no indication of contamination of the crude from the fracking process or the fracking fluids.

So what made this shipment of crude oil so volatile that it exploded on impact? If you look at it closely, nothing made it all that special.

The shipper of the oil, World Fuel Services, contracted the movement of 72 cars of Bakken Crude to the Irving Oil Refinery in St. John, New Brunswick, Canada. Since this was an export of oil from the US into Canada, the buyer of the oil, Irving, became the shipper. World Fuel contracted a rail freight broker for the DOT111A cars, and completed the paperwork classifying the oil.

The US Department of Transportation (USDOT), under Title 49, Part 172 of the Code of Federal Regulations (also known as 49CFR-172), keeps a huge list of hazardous materials. This list indicates which materials can and cannot be transported, how they can be transported, and how they should be classified. The originating shipper is responsible for creating the original shipping documents, determining the proper classification, and making sure the cargo is loaded in permitted tank cars. To understand the difficulty of classification, look at the online version of 49CFR-172, and try to figure out how you would classify crude oil.

Go ahead and check it out. We can wait.

Welcome back. Does your head hurt? If you can follow the mouse chase through 49CFR-172, you discover that it tells you nothing about how to determine which Packing Group a specific kind of crude oil fits in. If you made it as far as the notes for Tank Codes, the regulations take you to another section of Title 49.

Regulation 49CFR-172 is a perfect illustration of how many federal regulations work. If you know what you are looking for, and are patient, everything you need to know is there. But if you don’t know how to use them, or if you do not have the patience … well, you will not find the answers you need. The law requires you to comply with these regulations, and ignorance is not a defense. If you fail to comply, the US Federal Government can and will prosecute you.

Federal regulations have created whole cottage industries for consultants who offer services to companies that do not have the time, knowledge, or patience to figure out what they have to do. There is no excuse for any shipper to fall back on when it comes to the classification of hazardous materials.

Why did World Fuels classify the shipment as PG III? We do not know, and there may be some litigation and fines due for their error. However, they may not have bothered to get it right out of simple negligence.

One of the wonders of the Internet is that you can find any data if you look in the right places. Google the term "Crude Oil MSDS" and you will find pages of Materials Safety Data Sheets for crude oils of all kinds. Like this example below, from EnCana. Notice the TDG: of UN: 1267, C lass: 3, Packing Groups I (boiling point less than 35° C) and II (boiling point 35° C or above and flashpoint less than 23° C). Converting Metric to Imperial measurements, 35° C is 95° F, and 23° C is about 74° F.

The MSDS sheets are all over the place with flash points and boiling points. Clearly, even the oil companies can’t be definitive about the Packing Group because the material, crude oil, is inconsistent. Crude oil is a complex combination of hydrocarbons, a combination that changes depending on the source. The chemical content will change from region of the country and from area of a given oil field. The chemical content will be different from well to well, and at different times from the same well!

Here is where things get tricky. As the crude comes out of the ground at the wells, small pipelines carry it to gathering tanks. Trucks pick up the crude at the gathering tanks to move it to terminals, or more pipelines move the oil to the terminals. Along the way, crude from hundreds of wells is mixed and blended into bulk storage tanks. From these tanks, oil moves to tank cars for transport. 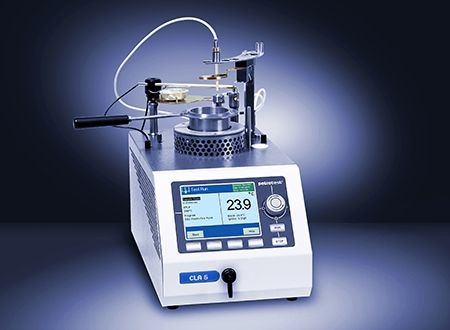 How is the shipper to know what the real values are for a specific shipment of crude?  They have to test the oil, as it loads onto the tank cars. How? Does it take a special lab staffed by PhDs to test the oil?

No. It takes effort to develop a process for testing, investment in testing equipment and a testing room at the loading terminal, and some personnel training. With the right process in place, testing should not hold up the shipment of oil out of an oil transfer facility.

It is no longer an option, it is now a requirement.

Given time, regulators will regulate

As much as some in the media would like you to believe the safety folks in the US DOT are asleep at the switch, the fact is that issues regarding the safety of CBR shipments is not new. The safety of DOT-111 cars came up as the US jumped on the ethanol-as-fuel bandwagon over five years ago.

Reminiscent of the CBR safety debate today, the issue of classification and tank car safety is almost a decade old. Ethanol does not travel well via pipeline, and it comes from places where pipelines are not available. So ethanol moves in the same class of tank car as crude, the DOT-111A. As demand for ethanol grew, it moved by rail. As the movements grew, more of the shipments became unit trains of over 25 cars. With increased volume, derailments and leaks happened. The same safety issues that occurred with CBR — tank punctures, splits, and fittings knocked off in wrecks — happened with ethanol.

The difference this time is the question of who gets hurt.

So, How Does an Oil Company Lose Money?