Do people wake up in the morning and plan to screw things up at work? 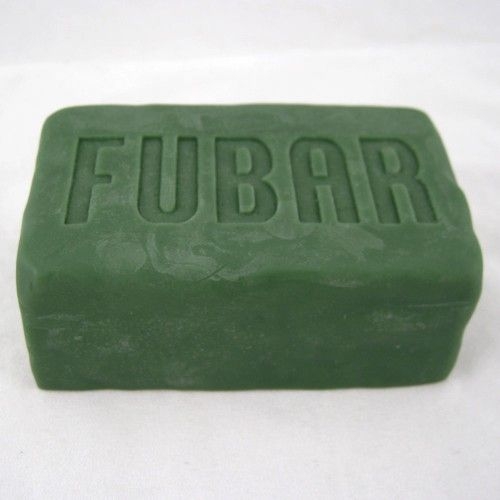 If we are to believe the Gallop 2013 State of the American Workplace report, 20 percent of the workforce demonstrates its discontent with the workplace by acting out — negatively influencing their coworkers, missing days on the job, delaying completion of their tasks, and driving customers away with poor service. It is easy to spot these folks at the fast food counter, the post office, or in the local discount store, but they also show up on the shipping dock, in the pick modules, and in the offices of our distribution centers.

In addition to the 20 percent of employees who actively sabotage their jobs, another 50 percent are simply putting in their time, punching the clock and doing what is expected, and nothing more. That means that only 30 percent of the workforce is actively committed to doing a good job.

Think about that for a moment:  Only three of every ten people in the work force care about doing a good job. Worse, half of the work force is just doing the minimum, making no effort to do a better job.

Did you just feel a chill run up your spine?

A new wholesale client had a problem. Business was up, but so were expenses, which were growing faster than revenue. More worrisome, the year-end results scared the owners of the company. Shrink had grown to over 5 percent of the total revenue. The client told us that this was the second year of high shrink. The owner suspected theft, so he invested in a new video camera system and replaced the guards in the facility. But shrink increased.

As I listened to the owner, I thought about the different ways this wholesale food distributor could lose inventory. I doubted that over $1 million of food was walking out the door; for that to be true, truckloads would have to be going missing. It could happen, but theft of that magnitude is hard to hide even if managers are involved, and impossible otherwise. No, there was something simple — and small — that had caused over a million dollars' worth of food to vanish.

Walking the gemba (the floor) I discovered that the warehouse employees did not rotate stock. It took about 10 minutes to find this out. This was the simple root cause of another problem — past date product. Without rotation, product aged in the back of the slots, and when the pickers finally got to these pockets of older product they discovered it was past the code date on the product.

When they discovered past date product, the pickers pulled all the older cases and moved them to the donations cage. The company donated all past-date food to a local food pantry. When they put the donated food in the cage, the pickers recorded the SKU number and case quantity on the sheet on the clipboard.

Each day the food pantry came around at 5:30 AM and picked up the product in the cage. The first day I observed, they built a full pallet of material, including pasta, rice, snacks, canned goods, and other products. Since picking happened on the second shift, most of the management team never saw the size of the pallet the pantry built. That morning I asked the pick-up driver if the pallet that day was typical and learned that it was, although about twice a month the driver built two pallets.

At about 8:15 AM, an accounting clerk came in and pulled the tally sheet off the cage clipboard. She then fired up an Access application on her desktop, entered the SKU and case quantity, clicked the process button when she was done, and filed the paperwork. When I asked her about the program, she admitted that she did not know what the application did; her supervisor had trained her on the task, and she did it as quickly and accurately as she could.

The supervisor did not know much more about the application. She told me about the old way of processing the donations, which involved looking up the item in the WMS, writing down the product cost, manually calculating the total value donated, and then making a journal entry in the accounting system, debiting gross margin and crediting donations.

The gave me pause. Debit gross margin, credit donations. They were not adjusting the inventory.

Later that day, I shadowed the Inventory Control Clerk. She came in around noon and started her cycle counts right after receiving ended. The IC clerk complained a little about how the warehouse crew did not put product away right, left pallets in the aisles, and did not update the reserves, which made her job harder. Still, her process was simple — print the count sheets for the products the system scheduled to count that day, count the product, and make the adjustments. She didn’t try to figure out why she was adjusting the counts, she simply counted what was in the locations and made the adjustments in the WMS. After she finished entering the adjustments, she filed the count sheets.

I went back to accounting and asked the clerk for her file of donation sheets. I pulled the previous week's sheets and made copies. Then I went back over to the inventory clerk, asked for the cycle count sheets, and made copies for the last two weeks. I then sat down with a cup of coffee, the copies, and my highlighter. In no time, I found items on the donation sheets that also appeared on the cycle count adjustments. The adjustment quantity matched the donation quantity on most of the matches.

This company thought their shrink was bad. The good news was that the shrink was not as bad as they had thought; it was only about half as bad. That was because of two different clerks, each doing a task exactly as designed and as they had been trained. The bad news was that the company was counting the same deduction in inventory twice, once when they gave it away, and once when they adjusted the inventory.

Thinking through what had happened, the accounting clerk, using the Access application someone had built a few years before, moved the money in the accounting system from the gross margin account to the donation account in the operating expenses on the Income Statement. But in her process the Access application did not deduct the actual inventory from the system. The inventory control clerk deducted the inventory, adjusting the counts lower, which deducted inventory value on the Balance Sheet.

Going back to the accounting supervisor, I asked again about the application the clerk used. The supervisor told me that her old boss had built the Access macro because the old manual method had required so much effort. That old supervisor left the company shortly after building the application, and they continued to follow the process she had set up. I asked the current supervisor if she knew why her predecessor had left. Apparently, the previous supervisor wasn’t happy about the last raise she'd gotten, and left shortly after.

This old supervisor could fit right into that 20 percent group of discontented employees. I suspected that she knew exactly what she was doing when she set up the Access application before she left. While no one really remembered the old process, I suspected one of the manual steps in the old process had been to deduct the inventory from the WMS. A little more digging revealed that the Cycle Count function had started at about the same time that supervisor left.

If I presumed her innocence, all three of these employees would fit right into the 50 percent group of people who do exactly as told, mindlessly executing instructions. Mindless execution of instructions created over half a million dollars of shrink, amplifying the waste created by poor stock rotation on the warehouse floor, which was the real root cause of the shrink.

Imagine the look on the owner’s face when I told him what was happening.

Munchausen in the Workplace

Sometimes the Delivery is What Grabs Your Customer's Attention