“We have no idea what’s going to happen in the weather beyond three days out.” 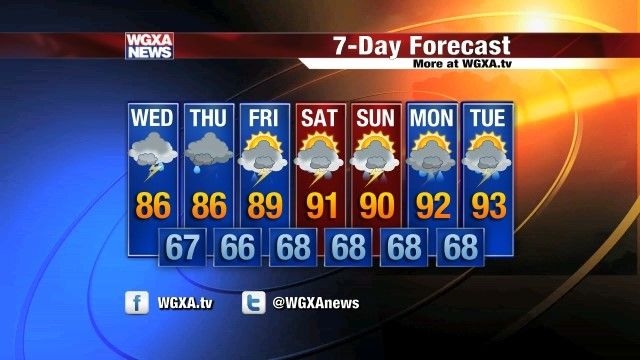 Today is Wednesday. If you ask a meteorologist for an accurate forecast for Sunday and he says anything other than "we have no idea," he's either lying to you or lying to himself. Even in our modern age of highly sophisticated weather stations and advanced radar, worldwide geosynchronous satellite coverage, real-time data aggregation and exchange via Internet, decades of historical records, and complex modeling performed by university supercomputers, we can't accurately predict whether your outdoor wedding this weekend will enjoy sunny skies or be ground zero for a tornado outbreak.

"Weather is the total behavior of all the molecules that make up earth's atmosphere … [A] tiny particle can not be accurately pinpointed due to the Uncertainty Principle! And this is the sole reason why weather forecasts begin to be bogus around a day or two into the future. We can't get an accurate fix on the present situation, just a mere approximation, and so our ideas about the weather are doomed to fall into misalignment in a matter of hours, and completely into the nebulas of fantasy within days. Nature will not let herself be predicted."
- Arie Uittenbogaard

In other words, despite the incredible amounts of data we collect about atmospheric conditions, it's simply not enough to account for everything. What's more, even if our data were sufficient, we wouldn't know how process, analyze, and extract the right information from it. (Dave discusses the significant distinction between data and information in his article, “Why not IT?”)

The complexity of the system we call "weather" is far beyond our current capacity to comprehend. A butterfly may in fact flap its wings in China and a week later it's raining in Central Park rather than sunny. "The Butterfly Effect" is a famous and brilliant illustration given to us by the late Edward Lorenz, the pioneer of Chaos Theory, himself a meteorologist. "Complex systems exhibit a sensitive dependence on small differences in initial conditions." 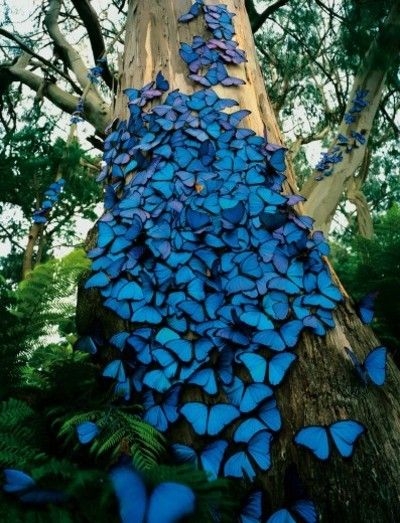 In simple terms, the input into a complex system won't necessarily yield an output on the same scale. A small change in the present can have a tremendous impact at some future point. A single cause can trigger a series of cascading effects, themselves causes of yet more effects, in a chain reaction producing exponential growth. How else does the splitting of a single atom ultimately result in a blast radius of one mile and the deaths of 80,000 people in a city such as Hiroshima?

Yet, even these examples are quite difficult to fathom. An insect on one side of the planet affecting the weather on the other? I'd like to believe it's simply an exaggeration, the product of a creative scientist taking poetic license with his work. But let's consider another example of the effect before we write it off. Could a single nail make the difference between life and death?

Throughout European history, periods of peace have really only been temporary conditions between periods of war. So if I ask you to imagine two European kingdoms in conflict with each other sometime during the Middle Ages, it won't be a stretch. This war is obviously taking place long before the advent of electronics, so the only methods of long distance communication available are messengers on horseback and perhaps carrier pigeons.

The aggressors in this campaign significantly outnumber the defenders. So the defenders must field their entire force at once and in a single battle if they are to have any chance of victory. Despite their inferior numbers, they are at an advantage in their homeland and can defend it, but they must know where the aggressors plan to strike first — their port city or their capital. Losing either would be devastating, a deathblow.

Reports from scouts reconnoitering the composition and position of the enemy forces and the speed and direction they are traveling indicate that the aggressors are likely to attack the port city. The defenders rush to this city in order to establish a defensive position outside it. Meanwhile, a spy has infiltrated the quarters of the advancing army's general, and it's obvious to him that the strike at the port is actually a feint; the real target is the capital. He secretly dispatches a message to warn the defenders’ commander. 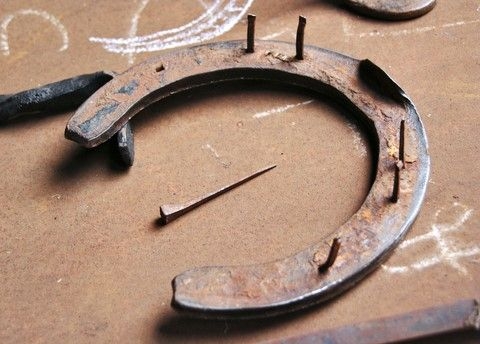 The messenger must arrive in time for the defending army to march to the capital and establish a defensive position there before the aggressors arrive and sack the city. Galloping frantically at full speed, he quickly exhausts his horse and, at regular intervals, must swap it out for a fresh one at stables stationed along the main road of the kingdom. At one station, a distracted stable hand has hammered all but one of the nails through a horse's shoe. The messenger arrives at this station, exchanges steeds, and continues his headlong rush.

Halfway between stations, one of the horse's shoes comes loose. The horse stumbles, throwing the rider from his mount. The messenger's neck snaps upon impact with the ground.

Thus, the defending commander never receives the spy's warning, and as the defenders prepare in the fields outside the port city for a battle that will never come, the aggressors put their capital to the sword unopposed.

My story is based on a centuries-old proverb, one that describes The Butterfly Effect long before men built computers to study storms:

Today we don't rely on horse messengers, and if you're American, our lands haven't really been threatened by an enemy since WWII. Chaos Theory for the contemporary citizen is most visible in the chance encounters and serendipitous events and meaningless tragedies of life. But it affects us all equally in ways we don't observe, certainly not while its occurring.

As Practitioners and adherents to the Universal Religion of Logistics, we need but look intently at the operations around us, and we'll see butterflies fluttering everywhere.

When you go to optimize your next complex system, start small. Make sure, for example, that your shipping department is stocked with plenty of tape guns.

How Did You Get Into Supply Chain?