If you graduated from a US high school in the 1970s, the odds are high that you attended a suburban high school. By the end of the 1970s, the migration of populations out of the cities into the suburbs had reached its peak. People who wanted to move from the central areas of the major US cities — and who could afford to — did so. People who moved from rural to metro areas settled in suburban areas. The America of the second half of the 20th century sub-urbanized into communities outside the older cities.

That trend stopped by 2000 and started to reverse. Little by little, the children of the classes of 1970 – 1979 decided to live in cities. Generation Y, the Millennial generation born and living in the decade before and after the start of the 21st Century, is also moving back to the cities.

Here is a revelation. Gen-Y is not leading this parade back to the city. Members of the classes of the '70s and Generation X did the leading. Generation Y is just following a trend.

American suburban development outwardly expanded the metropolitan areas of the cities. Developers looking for cheap and open land to build single-family and apartment complexes in the 1950s – 1980s pushed the boundaries of metro areas far beyond the traditional city limits. As manufacturing companies sought to expand capacity they built new factories in the suburbs and exurbs. Many corporations relocated their headquarters from city centers to the suburbs.

With the migration of families and businesses from the cities, an excess supply of deteriorated housing and commercial spaces started to build up in the older cities. This change in consumption caused a drop in inner-city land values. Land owners could not find tenants, which often resulted in poor upkeep and neglect by owners and landlords. Blighted neighboring properties lowered the value of the still-occupied properties. 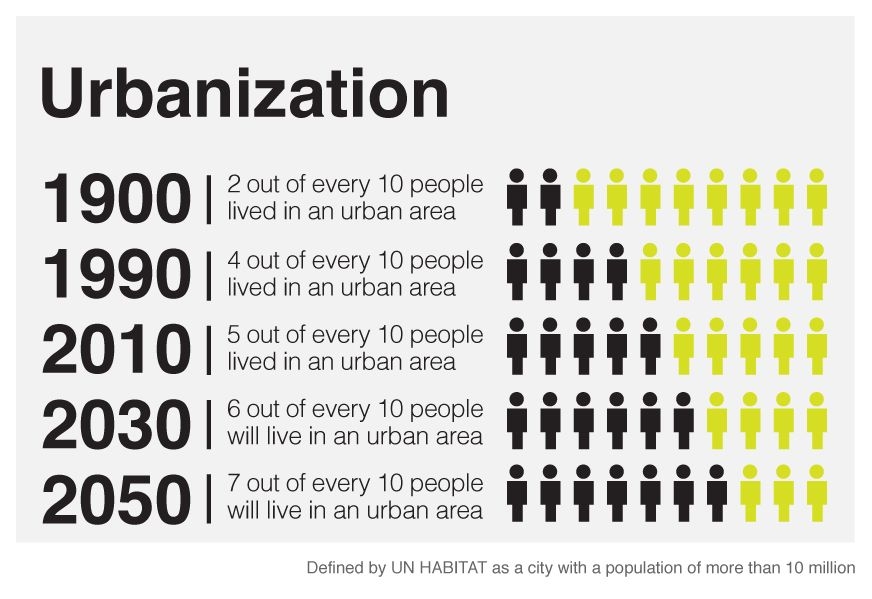 The changes in property values did not occur at the same rate in all cities, and different cities went through phases of migration and blight at different times. This process started in the 1960s in some eastern cities and continues today in cities like Detroit. As heavy industry in America shifted locations, first out of the cities, and then out of the country, industrial buildings in older cities first sat empty, then transformed into wrecked hulks through a combination of neglect and vandalism. Once vibrant neighborhoods that surrounded these factories faded. As jobs disappeared, so did the blue collar workers at these factories. The small commercial districts of these neighborhoods transitioned as well, as the more affluent residents left to seek jobs, and poorer people moved in to live as tenants in houses that were once the homes of the owners. As the income of the neighborhoods dropped, so did the revenue of the shopkeepers, who soon followed their old customers out to suburbia.

All falling markets eventually hit bottom and start to rise. No single factor turns falling demand for housing and commercial space into rising demand. For some areas, the economy changes when a major employer looking for a new home in an inexpensive area decides to move back to the center of the city, or when a number of smaller employers do so. In other cases, a run-down commercial street develops into a trendy area because of the low property values and rents.

Unlike the government-led urban renewal programs of the 1960s and 1970s, the revitalization of run-down city neighborhoods is the product of private investment, sometimes by individual property owners one house at a time, and sometimes by developers that level the old homes to build planned communities. One example of the larger-scale application of private investment is redevelopment by private developers who convert blocks into new homes. This is sometimes done for a major event, like the redevelopment in Atlanta to support the 1996 Olympics. Another example is the development of large areas of formerly industrial space to meet the growing demand for new urban housing, like the new townhomes and condos in Chicago’s South Loop.

Gentrification carries the burden of a negative reputation, mainly due to the displacement of poor tenants by more wealthy owners and renters. The tensions sometimes escalate to violence, as they did with the “Mission Yuppie Eradication Project,” an incident in which some long-term residents of San Francisco’s working class Mission District destroyed property owned by their new neighbors in order to demonstrate their opposition to gentrification. The combined efforts of new residents, real estate developers, the police, and activists willing to work within the system blunted this destruction.

The Children of the Classes of the 70s

Members of high school classes of the 70s grew up amid changing trends. They remember the anti-war riots of the Viet Nam era, which they witnessed as children. They also remember the Civil Rights and Women’s Rights movements. They were perhaps the last high school students who did not have computers in their schools, listened to music on vinyl records, and did not have cable TV. Many of them went to work rather than to college because their high school educations were good enough for them to get decent paying jobs. 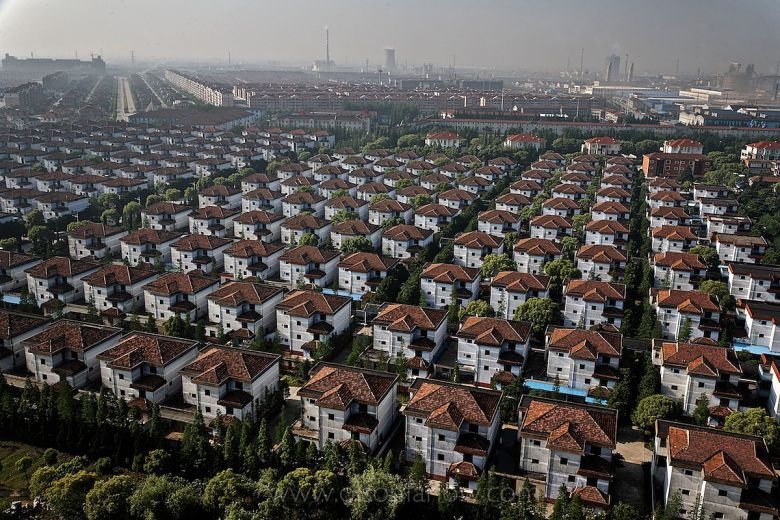 Members of the classes of the 70s expanded suburbia, where they raised the latch-key kids of Generation X. They went to work, got married, had kids, and grew families. If you examine the demographics of each of the succeeding generations, the late Baby Boomers who graduated high school in the 1970s are the parents of the millennial generation.

The beginnings of the gentrification movement came from the outliers of the classes of the 70s and 80s. Couples with double incomes and no kids (DINKs), single women, and the gay culture moved into cities because they did not fit into the suburban scene. Socially aware and socially active, they moved into rundown neighborhoods and started to rebuild, one house and one storefront at a time. Artists, musicians, and free spirits, they were capitalists by nature because they wanted to make a good living on their own. They were non-conformists who wanted to do things differently. These trail blazers helped to create an environment that welcomed the children of the classes of the 70s.

For working Millennials who have cut the cord to Mom and Dad, cities provide an attractive environment. There is a wide variety of employment opportunities, the rents in many of the redeveloped areas of the city are low, and the city's tight confines and ubiquity of public transport make it easy to get around, even on foot.

The trend toward moving back to the cities is in its early stages, but momentum is building. The transformation has passed the gentrification stage, and entire neighborhoods are converting as more people seek the value of living in an urban environment.

Not Just a US Trend

While I have mostly focused on the US in this article, the trend toward urbanization is global. In the UK, the urbanization trend started over a century ago, and it is regaining strength. For more than 20 years, people in China have migrated from interior to coastal cities, and now to internal cities. In South America and Africa, cities continue to grow due to migration from rural areas.

The logistics of the urban environment present challenges and opportunities. The companies that figure out the best way to distribute their products throughout urban environments, tailoring their approach to the unique features of each city, will become the dominant leaders in their markets. Those that ignore the urbanization trend do so at their peril.

Sensors and the Internet of Things