Years ago, in my college days, I owned a VW Rabbit. The car was one of many that emerged from the first US Foreign Trade Zone in Westmoreland County, Pennsylvania. That four-door Rabbit was one of many mistakes that rolled out the doors in Westmoreland. It had a GTI motor and five-speed manual transmission, but all the other running gear of a GL Model. It was a fun car with the extra power of a 1.8 liter fuel-injected motor.

That mistake was a great car for a young man going back to college. I could pack everything I needed for school into it and make the trip in one haul. And, with its ample back seat and back doors, the folks in the back had enough space to be comfortable during jaunts around town.

The car got great gas mileage too—that is, until it started to run rough and idle fast. That spelled trouble for my wallet, not just in gas money, but also in repair costs. I was worried about that cost when I took the car over to the independent VW mechanic at the “House of the Strauss Mouse.” It was a little shop, the bays filled with old air-cooled VWs in different stages of reduction or repair. As I dropped off my keys, I started to worry about how bad the bill would be.

A few hours later, I got a call from the shop asking me to come and help fix the car. When I got there the usual guy was out in front, and this little short and thin guy told me to come back into the garage with him to help. He explained that the O2 sensor had gone out, and the car had gone back to the default of starting idle. The mechanic handed me the new sensor. It looked like a spark plug with a small wire coming out of the top of it. The mechanic said he had to “make a tool,” then went to his grinder to cut a hole in a deep well socket for the pigtail wire that came out of the sensor plug. 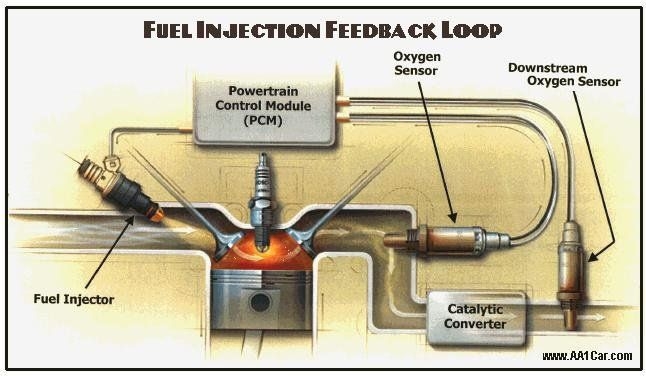 When the mechanic was done, he started the engine, and the car sounded like new. The mechanic explained that the O2 sensor was really a thermometer that measured the temperature of the exhaust gases; the hotter the gas, the leaner the gas mixture. He said that the closed feedback loop from the sensor allowed the car to change the gas mixture through the fuel injectors; when it was working right I would get good gas mileage. He said the car would run without the sensor, but it would burn too much fuel that way.

Whenever I hear the term feedback loop, I remember what I learned from the Strauss Mouse.

Computerized manufacturing in the 1980s consisted mostly of open-loop systems. An engineer wrote the program that controlled the machine. The commands told the machine to raise and lower the cutter, speed up or slow down the spindle, and move the work table up, down, left, or right. The program could control the speed of the table movements. All this programming replaced the hands of a trained and skilled machinist—but the programs did not replace the machinist’s eyes or judgment.

When a machine tool is cutting away at steel the right way, the machine, the cutter, and the steel all make a specific sound, almost like a symphony. There is no vibration when all is right. Vibration tells you that something is wrong. It could be the feed speed, the rotation speed, the depth of the cut, or the depth of the run. You can see the results in the way the shavings come off the work. You can see the problem by the tool marks left in the steel. You can hear the problem in the chattering of the tool. You can feel the vibrations.

When operated by a skilled machinist, the process is a closed-loop system. The operator can make changes and immediately see the results. The machinist’s eyes, ears, and body act as sensors, providing closed-loop feedback for the process. If the shavings look too thick or too blue, or the cutter starts to chatter, the machinist can back off on the feed speed, turn up the spindle rotation, reduce the depth of the cut, or perform a combination of all three of these operations to set the optimum for that process. A numeric control machine could not do that in the 1980s. Optical and vibration sensors did not start to appear in N/C machines until about a decade ago. Even with today’s technology, there is a serious lack of feedback loops in many manufacturing processes.

Open-loop systems are easy to build. The problem is that they are tough to adjust. When things start to go wrong, the damage often appears long after the event that causes it. It takes a major effort to get things back on track when that happens. Open-loop systems are often involved in major engineering and manufacturing failures.

Strategic business failures are also the result of open-loop systems.

A business enterprise is a system. People, process, and resources come together in a complex dance of wealth creation. Planning and communications become as important as capital, material, and labor. While there are many opportunities for feedback loops to exist in the operations of the enterprise, the execution of those feedback loops is often left to the initiative of the operations managers directly engaged in the execution of that operational function.

What about the strategic and tactical planning and leadership functions? Examined closely, there is often a gap, a lack of feedback loops connecting the plan to the actions.

That is where we shall start our discussion of the process of Doctrine, Strategy, Tactics, and Operations (DSTO). For this group of four areas of mental focus to work, they all must be part of a virtuous feedback loop. For every principle defined by the Doctrine, the Strategy, the Tactics and the Operations must provide validating feedback of the accuracy and relevance of the doctrinal principle. A feedback loop for each tactic that supports a Strategy must exist. Actions and the results in the Operations Functions validate the theory of the tactics.