Put It in Writing

Years ago, I worked for a catering company to help pay my way through college. My boss, catering manager Bob Scotch, only gave verbal direction. He seldom had a checklist and never gave out written plans. I learned quickly to pull out my notebook and take notes each day, as he would rattle off what had to be done.

Things had a funny way of getting kind of messed up. A number of times I arrived to set up a coffee or snack service only to find it already done. More than once I went looking for the veggie and cheese tray, only to learn that there had been a last-minute change to a different snack. Only when I asked the kitchen staff would I learn of these last-minute changes, which had been made verbally, without updating the paperwork. 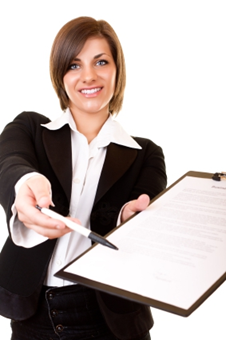 Bob never wrote anything down. Once, after a particularly frustrating afternoon of learning that others had set up my events, I went looking for Bob. I was surprised to see him, since he was usually gone by the mid-afternoon. I cornered him in the office and told him about the three different events that I had shown up to set up, how I had pulled all the dry goods, made the coffee, and pulled cookie trays out of the bakery. I told him how I had hauled over 15 gallons of coffee and three different setups around the campus only to find each event already set up. I had a copy of the schedule in my hand, and pointed out that he had listed my time that day and showed him which events he had assigned me to.

Bob looked at me with a blank face. It was the blank face of someone who did not understand, did not care, or both. I asked him why he had somebody else do the work, or why not at least put a note on my time card to let me know that I did not have to clock in. He just shrugged and muttered that he did not think of leaving a note. It was clear that he had not even looked at the assignment schedule. I turned away, frustrated, and put all the materials away before clocking out. On the way out the door one of the kitchen managers caught up with me to tell me that Bob was pissed off that I’d complained to him.

The next week I looked over the schedule and saw there were two setups scheduled for Thursday when I was in class. I pulled the schedule off the board and went to see Bob. I pointed out the two events and said that I could get everything pulled and loaded onto carts that morning, but would not be able to do the setups since I was in class, so Bob had to assign someone else to do the setups. Bob thought it was a good idea for me to pull all the dry goods and set the carts up, and he would get someone to cover the setups. On Thursday I loaded the carts with the dry goods as planned and then went to class. It was the end of the week, so I did not return to work until Monday.

On Monday morning, I came in to look the schedule over. I was not scheduled. My name was not even there. My time card was gone too. I went looking for Bob but could not find him. I walked up to the office and asked about my time card. They did not know anything about it. Just as I was getting ready to leave, I saw Bob. I asked about the schedule.

“You are not on the schedule because you don’t work here anymore. I fired you on Friday for not showing up to do the Thursday setups,” said Bob.

Fired? Now I was pissed off. I asked Bob if he remembered our conversation from the previous week, when I’d told him about the schedule conflict, and how I would set up the carts, and he had agreed to find someone else to set up the events.

Bob gave me that same blank look. Then he said, “You are fired,” and walked off.

I always made a photocopy of the schedule each week. I had a copy of the schedule in my notebook. I pulled out what I thought was one copy. But there were two, the original, and the one on which I had marked on the schedule how I would load the carts but not do the setups. A trip to the administration office and a conversation with the general manager started a hell of a week of battling with Bob Scotch, soon to be the former catering manager.

The General Manager did not like what I had to say. Still, he was backing up his manager until the kitchen manager came in, knowing that I was arguing to keep my job. The kitchen manager spoke up about how Bob liked to change the schedule without saying anything or making notes about the changes. The kitchen manager told the General Manager about how Bob changed menu orders at the last minute, and would tell the staff to make up food trays and beverage sets without any paperwork. By the time he was through, the GM was visibly angry. He called Bob, and asked us to leave for a few minutes.

The Power of Writing

Even in these days of digital instructions, someone has to initiate the instruction. Still, in a warehouse environment, there is a great deal of work that can’t be initiated with a handheld device.

In my early days of warehouse supervision, I carried about a dozen 3x5 cards in my shirt pocket. When I found a location that was a mess, or something in the warehouse that was not up to our standard, I would write the location and simple instructions on the card. I wrote down the name of the person I decided to assign the task to, and then the date and time I gave the associate the card.

When handing them the card, I would ask them to read the card aloud to me, and ask them if they understood the task. I would tell them when I expected them to complete the task, telling them to give me back the card or put it on my desk when they finished the task.

I remembered the cards I gave out each day. At the end of the shift, I would collect the cards from my desk and inspect the work I expected to be complete. If the work was done as expected, I put a checkmark across the card. If it was incomplete, or not done to our standards, I gave the card back to the same employee for them to rework, and directly supervised them as they did the work.

If a card was missing I went looking for the person I had assigned it to and reiterated my instructions about turning in the card, or if the work was incomplete, reiterating my expected time of completion.