Generals Do Not Own Strategy 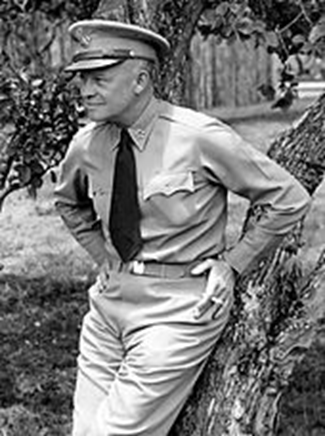 The suggestion of classical hierarchy is this:  the higher the rank, the more strategic the position. In the classical hierarchy of business, the Chief Executive Officer holds the highest strategic position in the organization. If you look at the formal structure of any organization, you see that they all follow the same hierarchal precept, including the traditional family structure, in which the top position of leadership is the most strategic.

In reality, where plan engages with action, is this precept still valid? Perhaps it is… and then again, perhaps not.

Ah, assumptions. Assumptions have a history of failing those who depend upon them.

The Illusion of Ownership

Early in my career I started to question the abilities of the leaders of various business organizations. While at first I bought into the notion that the leaders of the company possessed the strategic skills needed for their positions, when I got the opportunity to observe the executive-level discovery and decision-making process first hand, I started to question the assumption that these people knew what they were doing.

Co-workers chastised me for questioning the wisdom of the leaders. I was just a plant floor employee; what did I know about the challenges that faced the business? My co-workers spoke about the years of experience the leaders possessed, and the different jobs they had worked on their way up. Who was I to question the wisdom of the leaders? My job was to do the work, not to think about whether it was the right work to do. 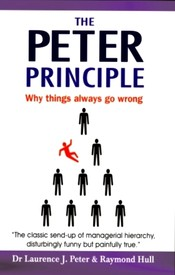 Granted, top-down command and control are innate to formal organizations. But I believe that the idea of control is an illusion; the top management of a company is never in control. They may influence, and they may take actions that make them appear to be in control, but they never really own control. Leaders cannot take control; it is granted by the people who follow the leaders. The followers choose the leaders they will follow.

In every organization, individuals in high positions lack the strategic skills required by that position. If you look within your organization, you will find examples. It is not necessarily a bad thing to find, as long as it is not widespread. It becomes dangerous when the people occupying the highest positions lack sufficient strategic skills for those positions. The Peter Principle summarizes this observation:  in any organizational hierarchy, every employee will rise or get promoted to his or her level of incompetence.

The illusion of ownership is not created by incompetence, but by the mistake of believing that lower-level positions do not have a role developing, influencing, or even deciding the strategy of the organization. Strategy exists at all levels of any organization. All members of an organization can develop strategy, influence the process, and even decide strategy.

Generals do not own strategy. We all own it. It is not a question of skill or competence, but of ownership.

Polar Positions on Ownership of the Process

One of the major tensions between the two predominate change theories is the issue of leadership. Who leads the process? The two change theories take opposite positions on the subject. 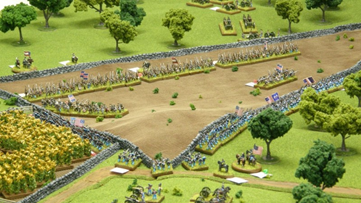 Theory E assumes a top-down leadership structure, the “general on the hill” argument that only the top leaders, sitting on the high point of ground looking over the total battlefield, should lead the change effort. Theory E leaders set goals and expectations; they do not involve their management teams or lower level managers, and certainly not the employees on the floor. The argument is that only the CEO can make decisions about the required reorganization and reengineering of the company. The importance of the decision, the capital requirements, the significance of the initiatives, are too great for lower level managers to be allowed to make. Speed is of the essence, and only the general on the hill can see what is happening and make the decisions. The typical Theory E leader is the heroic leader, the powerful CEO.

Theory O change leaders are participative, bringing all the stakeholders into the decision-making process. In a complex world where the cues for judgment can be hidden, numerous, and rapid, how can one leader see all and know all? Theory O takes the notion that “two heads are better than one” into account for leading change. This is the argument of diversity, both in thought and in viewpoint. When multiple minds focus on the relevant topics with relevant knowledge, they develop better solutions. If some of the leaders focus on irrelevant issues, then time, energy, and effort are wasted. If Theory O distributed leadership is to work, there still needs to be an overall leader of the process, someone who serves as the ultimate umpire in the decision-making process. 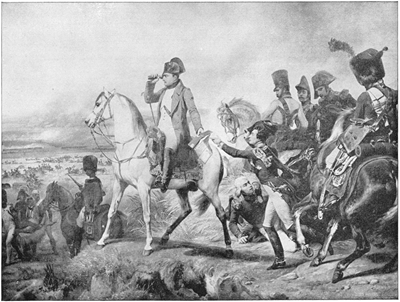 Theory E supporters argue that the groupthink approach of Theory O is nothing more than the pooling of collective ignorance and that it relegates the process to the tyranny of special-interest groups who will sub-optimize the whole to maximize their control. Theory E leaders see the distribution of leadership as  herding cats, an impossible task. Theory O supporters argue against the myth of the triumphant individual; they believe that heroic leaders can be wrong, and can lead organizations into disaster. Napoleon’s invasion of Russia is the classic example. As John Kenneth Galbraith said, “If all else fails, immortality can be assured by a spectacular error.”

A Matter of Awareness

A conversation with a colleague highlighted what could be the crux of the biscuit. The illusion of strategy ownership comes from two different conditions. The first is a lack of awareness, and the other is the willingness to cede the authority.

Can an individual change their behavior? Yes. We accept that, with the proper motivation, we can alter the behavior of an individual animal or person. What does it take to change behavior? I believe, as does my colleague, that change requires two things:

Housebreaking a puppy or training a cat to use the litter box are good examples. Do the animals change their behavior on their own? No, it takes outside influence to make the change, for the animals to become aware that the living room carpet is not the proper place to leave a present. Some pet owners use praise, and others use the rolled-up newspaper. Positive reinforcement for proper behavior, and negative reinforcement for improper behavior.

What about people? Do we need to use the rolled-up paper to get people to change? What comes first, the motivation, or the awareness of ability?

There is a reason for the order of my short list above. No matter how compelling the reason, if the people are not aware that they can do something, inertia will hold them fast.

The crux of the biscuit is, are you aware that you can act strategically?