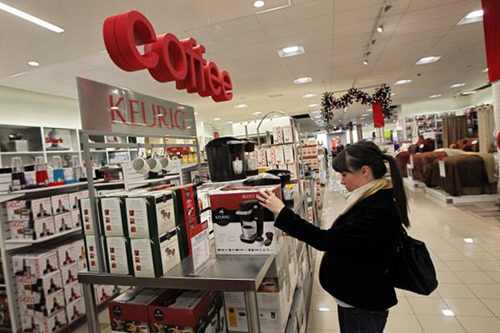 “Nothing like a good public lynching to get everybody worked up.”

That is what a colleague once commented to my Facebook about the former JC Penney CEO being branded a heretic in the press.

On April 8, 2013, the board of directors at JC Penney terminated the employment of its CEO, Ron Johnson. In the first week after the announcement, more than 15,000 articles and news reports appeared about his termination.

It must have been a slow news week.

Actually, this story started brewing when activist hedge fund, Pershing Square Capital Management, started to buy stock in the lackluster department store chain. The investment in JCP is not Pershing Square CEO William Ackman’s first buy into retail. At one point, Pershing Square held over 35 percent of the shares of the now-defunct Borders Group and about 10 percent of Target Corp. Those retail investments blew a serious hole in his fund's wealth, reported as a $1.8 billion loss, as his bet on Target’s stock price recovery failed to pay off. With the failure of Borders, Mr. Ackman sports a number of retail-related investment scars. Some of his other retail investments balance out, however—Pershing Square made money on a position in Family Dollar Stores.

Ackman is not shy about making waves, as he demonstrated in his 2012 stock short sale attack on HerbaLife as a pyramid marketing scheme. He also is not a barbarian-at-the-gate style investor—he makes efforts to contrast his style to that of rival Carl Icahn, preferring a more favorable comparison to Warren Buffet. Unlike Buffet, who has the means to completely buy companies and avoids turnaround projects, Ackman’s Pershing Square takes only substantial positions, and targets ailing but repairable companies where he can “stir the pot” and motivate management to change operations and control costs so as to transform the market value of the enterprise.

Turnarounds are hard to accomplish. Even with over $12 billion in managed assets, Ackman’s fund managers may not have the required skill sets to actually accomplish what he wants. Moreover, turnarounds require more than skill; they require a spine of steel and iron intestinal fortitude to stomach the pain of effort. Remember, Ackman is working with $12 billion of other people’s money, and those people can put incredible pressure on a manager when they fear investment loss.

Litigators loathe asking a question in open court that they do not already know know the answer to. One reason it takes so long for a case to go to trial is the evidence discovery phase. For the cases that do reach trial, the process becomes boring because the litigators work hard to make sure there are no surprises. It is a rare case in which new evidence actually appears in a trial, and the reason is usually incompetence.

If you are the manager of an activist hedge fund, using other people’s money to invest in risky retail turnarounds that have a high potential payback (which is why they are investing in your fund), you have to make sure that your investments do not create any surprises that frighten those investors. Investors, particularly large investors, the kind of investors that invest in billion dollar hedge funds, don’t like surprises. It does not matter if the news is good or bad; don’t surprise the investors. That is exactly what the year-end 2013 JC Penney financial reports did.

There is no reason why the investors should have been surprised. None. In the quarterly reports, management highlighted the risks of the bold new plan to turn “Polyester Penney’s” into “America’s favorite store.” Those changes required shifting the product mix, unloading old inventory in deep markdowns, and investing in new fixtures and store remodeling to create a new and exciting shopping experience. Company management openly spoke about the risk of reduced revenues due to remodels, merchandise assortment reductions, and the transition of customers from coupon shoppers to "Everyday Low Price" shoppers.

I say there is no reason for the surprise because of the negative noise in the media. Consider that JCP’s change in doctrine removed a great deal of Run of Press (ROP) and Insert promotional advertising from newspapers around the country. Consider that as soon as Mr. Johnson arrived, he started to make rapid senior personnel changes, making enemies of the outgoing people. Moreover, Mr. Ackman knew that the retailer had to make a major transformation to create the returns on investment that HIS investors expect. Therefore, major doctrinal change created a cultural war with the internal stakeholders and external interested parties.

The market hated what Ron Johnson was doing to JC Penney. Past managers and employees hated the changes. Old suppliers that no longer supplied JCP hated the changes. It is clear the press hated Ron Johnson. I have read pages of character assassination posing as investigative journalism, filled with unattributed quotations by former employees and executives who “asked to remain anonymous to protect working relationships.” I look at unattributed dirt dished out by former executives as nothing more than petty sour grapes. In this case, the unattributed dirt spread very quickly as lazy writers collected the quotations and comments of New York Times writer Stephanie Clifford and republished the stories as their own work, promulgating the sour-grapes taste of the articles.

Two days after Mr. Johnson’s departure, a client asked me to analyze the situation. They had seen the vitriolic attacks in the press since JCP reported the 2013 results, and smelled something rotten in the mix. In my very first statement, I replied:

When the market “hates” something, understand why the market hates it. Johnson never had a chance. The market hated JCP before, not only for what JCP is — a money slagging dinosaur of a retail — old bricks and mortar, no real dot-com business. The market hates JCP because the CEO ignores the customer and gets rid of heavy discounts and promotions for EDLP? I can hear the chants, “Heretic! Off with his head! Burn him! Ignore the magic of the numbers — BURN HIM!” Before we start gathering the wood and getting the diesel fuel and matches, let’s do bother ourselves with the magic of the numbers, since we know what numbers are real and what are mere suggestion.

That mere suggestion is the negative earnings. The real numbers are the cash flows.