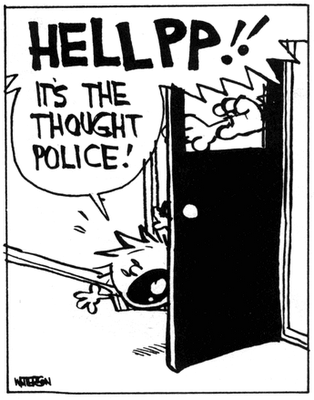 When you think of the word doctrine, what comes to mind? Do images of a wartime battlefield, with military generals and soldiers come to mind? In your mind’s eye, do you see a formal church filled with priests? Does the image of a courtroom come to mind, with judges and clerks? All these images can apply, as can many more. For some, doctrine is “that which is taught;” the teachings of the institution or organization, and its way of doing business.

The Six Steps of Doctrine

As I mentioned in my last post, I believe that individuals can establish a doctrine by taking these steps:

⦁    Through experience;
⦁    A person develops a set of beliefs;
⦁    That they test, prove and understand to be true;
⦁    Beyond a shadow of a doubt;
⦁    They codify those beliefs in speech, writing and demonstration;
⦁    To the point that person establishes a personal doctrine.

Let’s take Jack’s story and break it down.

⦁    Promoted up the ladder, Jack learns that he does not like the higher rungs. Pressured to make the move up, he decides he wants to step down instead. He approaches his employer for help solving the problem, only to learn that his employer’s solution is another promotion—to customer.
⦁    Jack starts to ask a new question when interviewing for new jobs: “Will you punish an employee if they refuse a promotion?” He rejects employers who do not clearly answer, "No." Jack has developed the belief that he wants to work only for employers who will not force a promotion.
⦁    When Jack’s next employer starts to pressure Jack to step up the ladder, Jack finds a new job, looking more carefully for truthful answers to his question. He continues to probe prospective employers, and even has philosophical conversations with them to learn what they believe, until he knows that his belief is true. Jack even tests his belief on those who work under him, attempting to force promotion on his subordinates.
⦁    By continually testing and testing, Jack hardens his belief that promotions are successful only when they are wanted. If you promote someone who does not want a promotion, they may achieve technical success, but they will not be happy, and they will move on, making the promotion a failure. After time and testing, Jack proves his hypothesis beyond a shadow of a doubt.
⦁    Jack openly talks about his belief to his bosses and his subordinates. The more he talks about this belief, the less pressure he gets from his bosses to step up, and the more his subordinates support his efforts to develop better warehouse operations.
⦁    Jack’s belief becomes one of his principles. Following that principle, he sends a message to the people who work for him that it is OK not to chase after a promotion, that it is fine to focus on improving mastery of the current position. Jack defines and hardens his principle further by developing ways to reward those who remain in their positions but improve their performance. He also helps promote those who wish to climb the ladder, some of whom become his bosses. Jack has created a personal doctrine, and helped establish a company doctrine in the process.

I know that Jack helped define a doctrine for his company. The evidence stood before me—Jack’s boss, who had been one of Jack’s subordinates. He wanted promotion, and grew. His growth came after he realized that Jack would support his promotion with upper management.

Jack supported the promotion of several subordinates who continued to grow in the company. After 15 years of service in the company, Jack had helped several managers climb the ladder. Some left the company, but most remained. Listening to them talk about the way they operated, I got the sense that this group of managers effectively led the company, though none of them occupied the highest rungs of the ladder… yet. 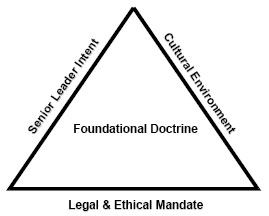 In the Demonstration of a Personal Doctrine, an individual establishes the foundation of leadership. Master Sun Tzu teaches us: “The consummate leader cultivates the moral law, and strictly adheres to method and discipline; thus it is in his power to control success.” My proposition here is that Jack, and the managers he promoted in his company, are consummate leaders. In fact, I suspect that Jack, the simple warehouse manager, holds just as much leadership influence as the executive officers of the company.

This does not mean that Jack is any smarter or more powerful than the company executives are, but I believe that he had just as much influence as they did on the doctrine of the company, a perfect demonstration of bidirectional doctrine.

Bidirectional doctrine follows the six-step logic outlined above, with some modifications.

⦁    Through experience;
⦁    A group of people develops a set of beliefs;
⦁    That they test, prove, modify and understand to be true;
⦁    Beyond a shadow of a doubt;
⦁    They codify those beliefs in speech, writing and demonstration;
⦁    To gain approval leadership approval of an established doctrine.

We see examples of bottom-up doctrine in many healthy companies, where middle management figures out a truth about the way the organization operates and defines a set of fundamental truths about the business. When the organization is healthy, those managers communicate and demonstrate these truths to the rest of the company, and executive management accepts the truths as fact. The approval is often unofficial; it happens in a combination of acceptance and assimilation. As more people in the company learn of the idea, they test the idea, further proving its validity until there is no doubt.

Some time ago I proposed that there is a Prime Directive for successful businesses—"Make More Money, Today and Tomorrow." Any business that fails to adhere to that fundamental truth will fail. The Prime Directive is a dogmatic doctrine. If a business fails to follow that directive, it will fail. Dogma is inflexible, so the wise leader embraces it rarely.

Doctrines can change as the market around a business changes. As Sun Tzu said, “According as circumstances are favorable, one should modify one's plans.”  Great leaders constantly look for reasons to challenge their beliefs. They continue to employ the third and fourth steps outlined above to test those beliefs, to ensure that there is no shadow of doubt.