Were you hoping to buy a new computer for Christmas in December 2011? How about one of those handy-dandy backup disk drives? Did you see the prices on those that year? Well, guess what? You would have had to pay up. 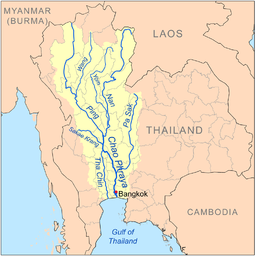 If you hadn't been paying attention to the weather over in Asia that year, you would have been in for a bit of a surprise. There is a river in Thailand, called the Chao Phraya. You might've heard about a little bit of flooding there. The government tried to protect parts of Bangkok by allowing the river to flood some of the less prestigious neighborhoods. Eventually it didn't matter, because when enough rain falls up in the mountains, water likes to go downhill, and there's not much that man can do to stop it.

You may not think that this would have had much effect on what went on here in North America. That would have been a mistake. Those spinning hard drives that keep our computers humming all come from Asia. Seagate, Western Digital, Toshiba, Samsung, and several other manufacturers had factories in Thailand.

Even if the factories themselves had escaped flooding, each of those factories contained parts that came from over 100 local suppliers, and those suppliers were under water. If the suppliers could make the parts, the hard-drive manufacturers couldn't make the hard drives that go into our laptops and DVRs.

Hard Drive Prices Were on the Rise

Average drive prices had jumped about 20 percent after the floods. The hard drive infrastructure in Thailand accounts for 40 percent of all of the hard drives made. According to Business Week, industry production was expected to be 15 million hard drives short of its 180 million target.

Considering the number of suppliers that were under water, creativity in solving the problem might have given some of the parts manufacturers a leg up. For example, plant managers at Nidec cut a hole in the roof of their factory and sent divers into the poisonous waters to unbolt some heavy equipment. The equipment was lifted out by cranes in waiting boats, and put in Nidec factories in the Philippines and China. 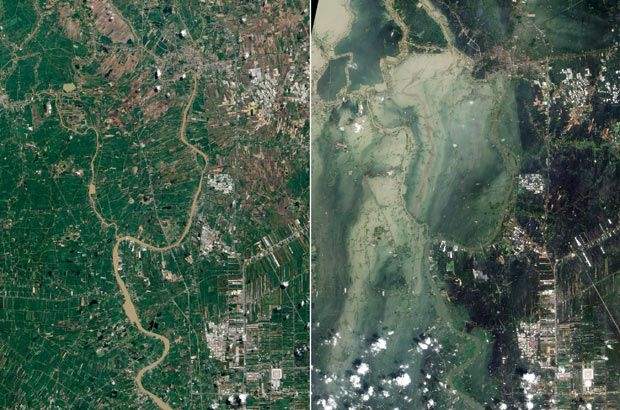 Even after the water subsided it took as much as a year for suppliers to replace their equipment. Many would be motivated to relocate outside of the floodplain. Seagate  fronted loans to some of their suppliers, while others attempted to tap a $4.2 billion reconstruction fund created by the Thai government.

Hard drive shortages lasted through 2012. With HP's announcement of horrible earnings, and their flip-flop decision to get out of personal computers, only to jump back in again, the original decision may prove to have been the wise one.

2011 Was Not Kind to the Logistician and Supply Chain Manager

Deep snows in the beginning of the year, the spring tsunami that hit Japan, the hurricane flooding in the Northeast in August, and the October flooding in Bangkok were disasters that messed up a supply chain that has become calloused by years of cutthroat competition.

It just goes to show that Mother Nature really does hate your supply chain.

The Pain in Spain: Global Trade and Vegetables