Can Meat Be Too COOL? 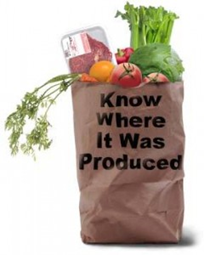 Country Of Origin Labels — COOL for short — became mandatory in March 2009 after years of debate between the government and various food industry groups. Both US Farm and consumer groups support COOL because it helps consumers to be better informed about where their food comes from. While the animal producers and consumer groups supported COOL, the processors in the middle of the food supply chain fought the measures because of the additional cost and effort involved in tracking the Country of Origin (COO) of each animal from carcass to final cuts and grindings.

The National Farmers Union (NFU) praised the rule change as an “excellent response.” NFU President Roger Johnson said, “By requiring further clarity in labels and stronger record-keeping, the set of rules released are a win-win for farmers, ranchers, and consumers.”

The Process is the Problem

The poultry and pork industries are resisting the additional change, not from the production side but in the secondary processing market. On the poultry side, Tyson’s, Perdue, Fosters, Gold Kist, and Pilgrim’s really don’t have to worry about country of origin because all their birds come from domestic operations. On the pork side, Smithfield, Seaboard Farms, and Farmland don’t have to worry much about country of origin, since most of their animals are domestic. The supply chain from farm through processor to the store is well engineered and controlled — the producers have vertically integrated the supply chain from farm to processing plant. The processors drive the growth of these industries, and therefore drive the design of the supply chain. This vertical integration of the supply chain for poultry and pork product makes sense, as both industries grew from small farms into consolidated corporate agriculture.

The beef industry is not integrated. Independent ranchers grow the cattle that become beef. The ranchers trade livestock from ranch to ranch, specializing in different stages of the animal’s growth. Some ranches focus on the reproduction process, breeding calves for sale to other ranches that grow the animals into beef cattle. Other ranches bring the cattle to market weight, whether on grassland or through feedlots. Where a chicken or a pig will live out its entire life on a single farm, and in a short period of time, cattle moves from ranch to ranch, and takes two years to come to market. 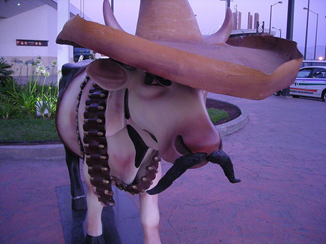 Cattle can cross the borders. A cow is no longer just a product of the US, or of Canada or Mexico. Canadian producers purchase calves from the US to supplement the calving losses the harsh winters bring. Mexican ranches buy US-born calves to improve the quality of their herds. Just because a cow spent its final days Mexico or Canada does not mean it is an import.

The mobile nature of the cattle herd as it matures to market makes the next round of COOL requirements a challenge. The Department of Agriculture has proposed a new rule for labeling muscle cuts of meat. The change requires that dressed cuts — the large “primal” cuts of beef, veal, lamb, pork, goat and chicken, now labeled as simply a product of one country or more — must now bear labels indicating where each animal was born, raised, and slaughtered.

One proposed solution is segregation of the herds by the processors. In fact, that is what some processors have resorted to doing, buying few cattle from Mexico or Canada to process in the US. Many U.S. meat-packing plants, especially those near the Canadian border, have stopped accepting Canadian livestock or bought less due to the increased costs of segregating animals by domestic and foreign origin. The U.S. companies most affected by the rule are big buyers of Canadian animals, including Tyson Foods, Cargill Inc., and Smithfield Foods.

It is more a matter of tracking the animal itself. Under the new regulation, the meat processors must identify the country of origin of the cow that each primal cut comes from, and develop ways to identify the history of the animal. The new labeling regulations will force thousands of meat processors and retailers to change the way they label products. The USDA estimates the initial cost at between $17 million and $48 million.

The regulations are billed as a way to bring the U.S. into compliance with World Trade Organization (WTO) agreements, but the USDA is facing withering criticism. “Only the government could take a costly, cumbersome rule like mandatory country-of-origin labeling (COOL) and make it worse even as it claims to ‘fix it,’’’ said American Meat Institute President J. Patrick Boyle.

The Root Cause – International Trade?

The regulation is drawing heat from more than just the meat packers. While the large US-based ranchers and feed lot operators support the new rules, many argue that the new rules will alienate America’s trading partners and force small American meat farms out of business.

“The proposed changes will increase the discrimination against exports of cattle and hogs from Canada and increase damages to Canadian industry,” said Canada’s Agriculture Minister Gerry Ritz. Minister Ritz said his government was "extremely disappointed" with the U.S. proposal. "We do not believe that the proposed changes will bring the United States into compliance with its WTO obligations," Ritz said.

The World Trade Organization regulations are the ultimate cause of this problem. The U.S. partially lost an appeal to the WTO on COOL regulations in 2012, and the USDA Agriculture Marketing Service developed the proposed rule change to address the WTO ruling. The United States had until May 23, 2013 to redesign its country-of-origin rules to satisfy the WTO ruling.

“The USDA expects that these changes will improve the overall operation of the program and also bring the current mandatory (country of origin labeling) requirements into compliance with the U.S. international trade obligations," USDA Secretary Tom Vilsack said in a statement.

Both Canada and Mexico successfully argued that the 2008 labeling law discriminated against their livestock and meat exports. The Obama administration said it would comply with the trade ruling. These changes have now drawn the ire of the same countries that made the original complaints.

Can Meat Be Too Cool? Part 1