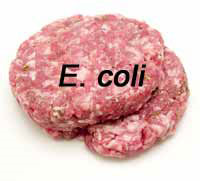 E. coli is no laughing matter, and neither is the economic beating Spanish farmers took after the breakout of a deadly form of the bacteria in Europe in late May 2011. When the first cases appeared in Hamburg, Germany, German authorities blamed the outbreak on Spanish cucumbers.

Tests conducted by the European Union Health Commission proved cucumbers were not the cause. “The tests that have been carried out so far indicated that cucumbers, and cucumbers coming from Spain in particular, because they were tested, do not test positively for this particular strain,” said EU Health Commissioner John Dalli.

Spanish Deputy Prime Minister Alfredo Perez Rubalcaba pounded on German officials for their premature and incorrect pronouncements about Spanish cucumbers. Spanish exporters suffered heavy losses after the announcement, and  Spain began looking for compensation for its farmers and exporters.

“In Spain there hasn’t been a single case…which indicates the bacteria is not coming from Spain,” said Mr. Rubalcaba.

Spain exported over $17 million USD (€11.8 million) worth of fresh vegetables and fruits in 2010. That was 6.3% of Spain’s total exports in 2010. This was not a small hit to the weak Spanish economy; Spain was enjoying an increase in produce trade prior to the German announcements.

The issue extended beyond Europe. The Russian Republic banned all imports of fresh vegetables and fruit from Europe until the crisis was over. The EU accounted for 11% of all tomatoes consumed in Russia, and this decision caused a trade spat between Russia and the EU. The EU began threatening that this move could affect Russia’s application to join the World Trade Organization.

Russia imported about $622 million USD of fresh vegetables from the EU in 2010—about 34% of total Russian import demand—most of which came from Poland and the Netherlands.

In the smaller world created by free global trade, the apples in your basket could come from Spain, Chile, or Argentina just as easily as Washington state. Because of international trade, foods that only a few years ago were available only when locally in season are now available year-round. Millions of dollars worth of food from around the world ends up on plates here in the US every day, and just as much is exported.

This latest outbreak of E. coli highlights the fragile nature of the food supply chain. Sharmi Philip commented about the effect of wet, cold US weather on the on the price of food. We are not immune to these kinds of problems here in the US, and the GS1 food safety initiatives are a step in the right direction.

This is a matter of life and death—literally for 17 people in Europe that year, and economically for many others on our big blue marble.