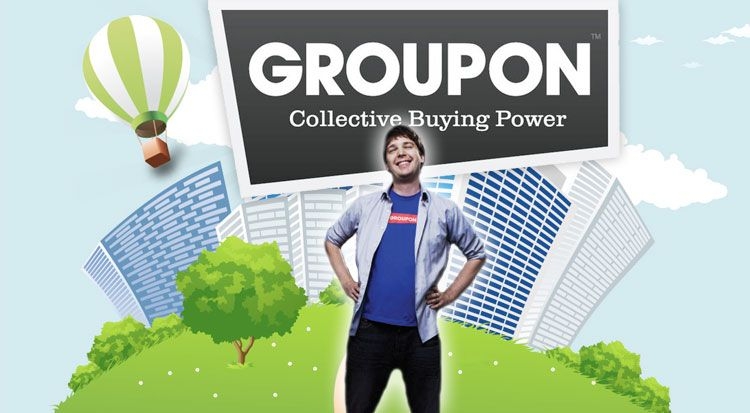 On the surface, things looked great:  As of June 30, 2011, Groupon had $225 million of cash. Despite losing $103 million in Q2, moreover, the company actually generated about $25 million of free cash flow in the quarter. So a cash crisis would seem to be the last thing the company needed to worry about.

But the devil--and danger--is in the details. Groupon was able to generate cash while losing money because it collects cash from Groupons the moment it sells them and doesn't have to pay some of the cash to merchants until 60 days later. When the company is growing rapidly, it generates a lot more cash from new Groupon sales than it has to pay out to redeem old Groupons.  Groupon was growing so quickly that this "float" created positive cash flow even though the company was losing money.

The trouble is that the cash Groupon generates from Groupon sales is not all Groupon's to keep.

It owes a big chunk of that cash to the merchants it sells Groupons for. And at the end of Q2, Groupon owed a lot more cash to merchants than it had on hand.

I have written a bunch about cash flow here at WATP. As a refresher, there are three kinds of cash flow:

I saw this post about Groupon and it caught my eye.  The article is by Henry Blodget.  Henry was a bad boy in the past, but that does not mean that he is dumb - or really stupid.  In fact - I like his analysis - the man has the chops.  I also like his writing style.  Now that Henry is running his own show as CEO and Editor-in-Chief of Business Insider - it is fun to watch someone with those skills at work.

So - what about Groupon?  The money was flowing out faster than it was going in.  It is a race against time - how fast does the money flow out before the money of the anticipated IPO flows in?

Here is the story as Henry tells it. 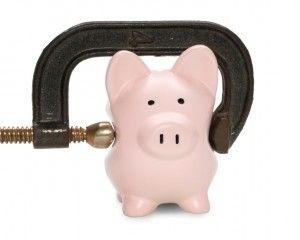 What Henry describes above is a working capital deficit.  So where do they get the cash to cover the shortfall if they are not making an operating profit?  They are selling more in the current period than they owe now - and get to collect the money now.  So as long as sales continue to climb and margins stick or grow - Groupon survives.

Previously - before the competition, like Living Social, roared into the market - all sorts of writers piled on about how high the Groupon margins were and how much profit Groupon would make. The news about the IPO was exciting.  Then Google said they wanted to buy the company.  Then Groupon decided to say no to the pile of Google cash to opt for the what looked like bigger pile of cash from the IPO.

Then, competition roared into the market.   Some of the Groupon merchants started to question the wisdom of the plan. Groupon had to drop the prices they charged to the merchants to fight the competition.  How far did the margin drop?  Well, that depended on the place, and the competition.  Forbes ran a solid story on the problem in April 2011, as it reported about the potential of "death of 1,000 cuts - paper cuts" from lawsuits over and around the terms of its deals, state regulators upset over its marketing of alcohol and the 425 competitors that have flooded the marketplace.

The competition was destroying revenues. As Forbes reported, Groupon sales plunged 30% in February 2011 and another 32% in March. In March it appeared Groupon's market share, 70% at the start of the year, slid to that of its closest competitor, Amazon.com-backed LivingSocial.

Well, we know who wins when they go up against Jeff at the "Big River."

To not take the Google money and be done was just plain piss poor thinking.  The competition was already heating up - and without any "business process" prophylactic protection from a patent it was just a matter of time before the competition grew faster than Groupon.  Competition creates innovation pressure, and in better ways to get group deals into the hand of value seeking future customers.  Competition also creates marketing pressure as each competitor gets their sales force out onto the streets and into the face and space of the customer.

But hell, that is nothing like how the customer - the restaurants and service places start to look at the margin erosion they see from the deals and how a really successful deal performs.  Yes, you get new folks into your house of food to eat, and they eat cheap.  But you don't make any margin on the deal - the coupon cost you 50% off - so you put that meal on the table at cost or below cost.  Sure - you get half the coupon back from Groupon - 30 or more days later.  If you do a deal, and it is huge, it could hurt your service and your quality as you get slammed - and the people who came to check you out leave with no urge to come back.  And the deal seekers - the Groupon Junkies - won't come back.  A big deal can suck your working capital down to where you do not have the cash flow to pay next week's bills - a real working capital deficit.

At some point a competitor will realize that if they pay the restaurant back faster - say in 20 days - they will get more business.  How about some real innovation and paying the restaurant in 10 days - and at a lower cost to boot?

The bottom line is that this is a cash flow musical chairs.  The chairs are the restaurants, and the population of those eligible to play goes down.  The number of players fighting for seats goes up.  And the time between when the tune starts and the tune stops is getting shorter (the payable terms).

Can you say "Game Over"?

So - what does this have to do with  supply chain?  Well, it has more to do with strategy - and how things like cash flow and working capital have an impact on how the company works.  Do you think that the folks inside of Groupon know there is a working capital deficit?   Perhaps not.  But lets take it one step further: how about the restaurant and service owners that are in a deal - waiting for the coupon payments from Groupon.  If I was one of them, I could be worried.  Groupon failing on a single coupon deal may not be a mortal wound - but a series of them could be.

If it affects your customers - as a distributor - are you worried?