What Costs Go Into
a Cost Model?

What is a cost? What is an expense?

Over the years, my views on what are costs and what are expenses have changed. My views moved from generally accepted practice to what is actually useful.

I know that there are somewhat clear definitions in the accounting trade about where accountants charge specific flows of cash. Some of the outbound cash flows charge to the cost of goods sold as a cost creating or obtaining the goods sold. Other outbound cash flows charge as expenses, as in labor expense or hauling expense. The Generally Accepted Accounting Practices (GAAP) that CPAs and investors depend on serve a specific purpose. 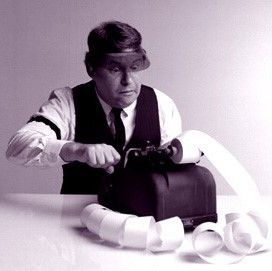 While I understand the reasons behind GAAP, I have also developed a dislike for the distortions that GAAP creates. My dislike comes from a desire to use accounting as a method of measurement. That is the reason for Managerial Accounting. I am not alone in thinking that GAAP reporting distorts the actual story—an opinion we often hear from the CEOs and CFOs of publicly traded companies in any quarterly conference call. GAAP is just one instance in which I see distortion of measurements. There are many more.

In my last article, I shared the story of one of the first corporate meetings in my career, a meeting in which my questions and assertions upset a manager of Inventory Planning. I challenged the double and triple dipping of expenses in the model assumptions, and challenged the notion that the cost of the building and equipment should affect decisions regarding how to flow goods through a distribution network. My challenge upset the manager, and he stormed off.

Clearly understanding the meaning of commonly heard terms was the point of that article. In this article, however, I am using the story of this meeting to set up a second story about who really owns (controls), who enables, and who merely influences a company’s Income Statement.

What does it mean to control? According to my trusty American Heritage Dictionary, control (the noun) is “the authority or ability to regulate, direct, or dominate.” Control is the act of restraint or influence. It is a standard used for comparison. Control (the verb) is "the action of dominating, influencing, regulating, or restraining."

In a note to the young manager, I made the point that many people have influence, but few have complete control over the income statement of a company. Few people are the sales, production, and administration of a business enterprise, unless they are the sole practitioner in a single-person business.

Control is more than dominance. We talk about “getting control of the operations,” “taking control of the ship,” and “controlling the situation.”  But no matter how strong, smart, or present we are, we never gain complete control. Other factors always alter our ability to impose our will on other people and events.

Thinking of the ability to direct, to influence, we can have an incredible amount of control over the decisions others make. While the most senior officers carry the responsibility and authority to make decisions that can alter the direction of a company, their ability to control is limited by how their influence is shared with the people they lead.

Could the ignorant be more dangerous?

How Control Relates to Cost Models 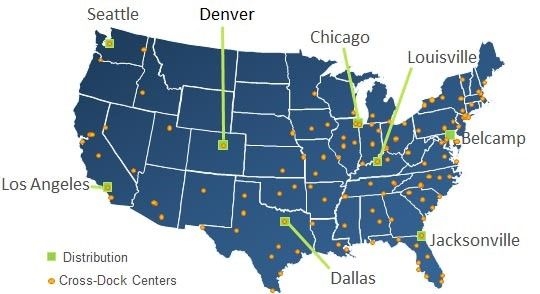 In the story from our article on P&L control, the company used an analysis model to decide how to distribute product through the company. This model looked at the cost to flow the entire product line the company bought from a specific supplier through three different distribution options. The inventory managers then used whichever of the three options delivered the lowest model cost.

Since its founding, the company had used the Vendor Direct method. Every retailer uses vendor direct at some point. At the time of this story, almost 70 percent of the Cost of Goods Sold (COGS) moved through the network as Vendor Direct.

For a long time, the company only used two options. In the early years, a few of the stores served as the RDC for the chain, accepting full loads of product, then transferring the inventory to the other stores. The decision was binary, and simple. 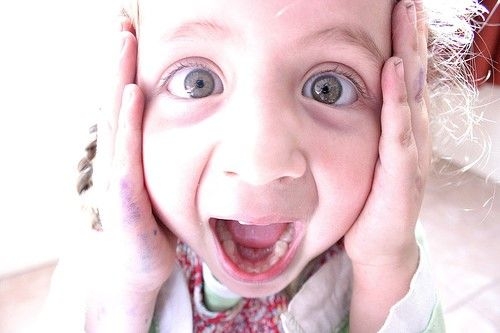 The Vendor Direct method caused a number of issues. Each product line had fast movers and slow movers. If the stores did not order and stock enough of the fast movers, they ran out of stock. When the stores got to the “Oh S**t We’re Out (OSWO)” point on the fast movers, they hurried to create a new order. The problem was that the store held plenty of inventory for the rest of the product line, so the orders never made the minimum the vendor required for “free” freight. The stores faced a dilemma, order more of what sells, order a little of everything that does not sell as well, or wait a week and look at it again. The smart stores ordered what they needed, and accepted the additional freight charges. The not-so-smart stores ordered more inventory, and made their problems worse.

Perhaps the biggest problem caused by store direct shipments was the receiving room labor. Every store had to maintain a sizable back room for the unloading, checking in, and receiving of direct shipments. A typical store sold about $1 million per month, at cost, so a great deal of the sales volume passed through a manual receiving and price ticketing process. It was not unusual for a store to maintain a staff of four or five full-time people working the receiving room, all earning fairly high hourly pay.

The Central Distribution Center became the corporate answer to the Store Direct Dilemma. The CDC would order in larger quantities, and provide stocking access to the entire chain. Stores ordered from the CDC once a week, and ordered just the stock they needed, no order minimums. Product ordered via the CDC shipped pre-labeled, and was sorted by merchandise department, reducing the labor required to receive and stock the products in the stores.

The CDC became the new method. The company expected store level inventory to drop, because the stores did not have to carry as much product. The company also expected lower labor requirements in the stores. The company invested over $30 million in plant and equipment to create the CDC, expecting significant expense reductions from the adventure in the form of labor reductions at store level, and improved efficiencies.

What about sourcing cost reductions? If you are about to say the store expenses are a cost reduction, you are mixing the apples with the grapes. The company also expected to lower the landed cost of the product it sold, because the company would get discounts on the COG from bigger orders, truckload freight, and other economies of scale. Moreover, the company expected a significant reduction of working capital needed to support the inventory.

That is where the modeling comes in. The decision making criteria grew in complexity with the addition of the new CDC. Decisions now involved more than just expense reduction and cost reduction. It was now necessary to calculate the value of the liberated working capital. One problem:  nobody recognized the need to understand the value of the liberated capital, let alone how to calculate it.