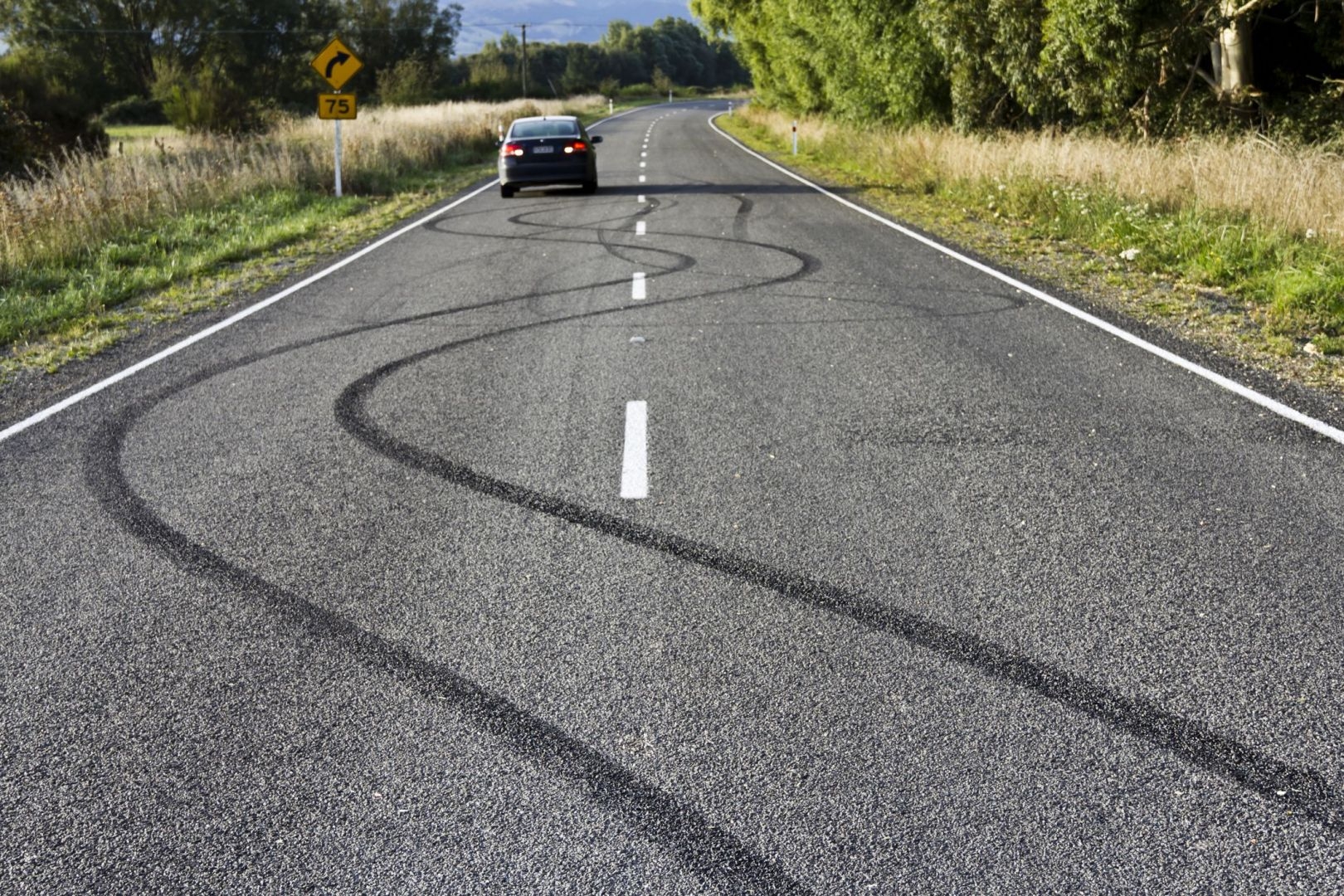 The inventory managers wanted the model to determine the right distribution flow for each supplier. Various groups within the company challenged the decision-making process, concerned that it might be driven by emotion. The buyers feared that products moving through distribution would erode the gross margin. The distribution teams believed that more product through distribution would improve overall gross margin. The regional and district management teams wanted to unload the excess inventory in the stores. Some store managers wanted to hold onto their extra inventory for “rainy days.”

One enterprising manager on the inventory replenishment team thought they could come up with a model that could calculate the Final Landed Cost of a supplier product line. The lowest cost method would be the right method. Everyone thought it was a great idea… until the model started to render unexpected results.

I had not yet started working in corporate when the initial arguments began. I did hear about Landed Cost in the field as a Distribution Center Assistant Manager. The cost on the Warehouse Management System was our Warehouse Landed Cost, which was the cost invoiced to the stores for our shipments. Warehouse Landed Cost included the inbound transportation costs — which the WMS calculated when we received the merchandise into the DC. If the shipment was a collect shipment, we got a copy of the freight bill from the carrier, and entered the freight cost into the system as part of the receiving process.

Final Landed Cost was something that I had not heard before. The way the sourcing model worked, I calculated the distribution center costs and the cost for delivery from the DC to the stores. The model design used a homogenous DC-Expenses-to-Cost-of-Goods ratio to add onto the DC landed cost.

That is where a completely new level of mistrust came into play.

Carlene in inventory management took on the development of the model, using a multipage spreadsheet. The top page presented the results. The second page showed the cost and pricing inputs for the supplier. The third page had a large list of assumptions and variables for internal costs.

The top page results displayed three columns of costs — a column for each of the different distribution methods, Vendor Direct, Regional DC, and Central DC. Each column displayed the same costs fields, using a zero where the cost did not apply to the option, and a positive number where the cost did apply. This made it easy to understand what groups of costs applied to each option.

The internal cost assumptions on the third page of the model looked like the first page. Each option appeared in a column, and all the cost variables appeared in the same pattern as the first. Blank fields indicated that the cost item did not apply to the option. While the company had five regional distribution centers, one central DC, and over 200 stores, the cost factors for the RDCs showed up as one number. The same for the stores, all stores assumed to have the same internal costs.

The second page contained information about the vendor line. All of the information focused on the products, the SKUs carried, the projected sales for the entire line, and the projected gross margin. There was no detail about each of the SKUs, and no sales by SKU, margin by SKU, or any cost data by SKU.

After building the first version of the model, Carlene ran five different suppliers through the model and sent the results page to a group of buyers and inventory managers. That group quickly jumped on the results as proof that most products should ship direct to the stores.

Vendor Direct had the lowest Final Landed Cost in each example.

All that happened the week before I started my new job in corporate distribution. 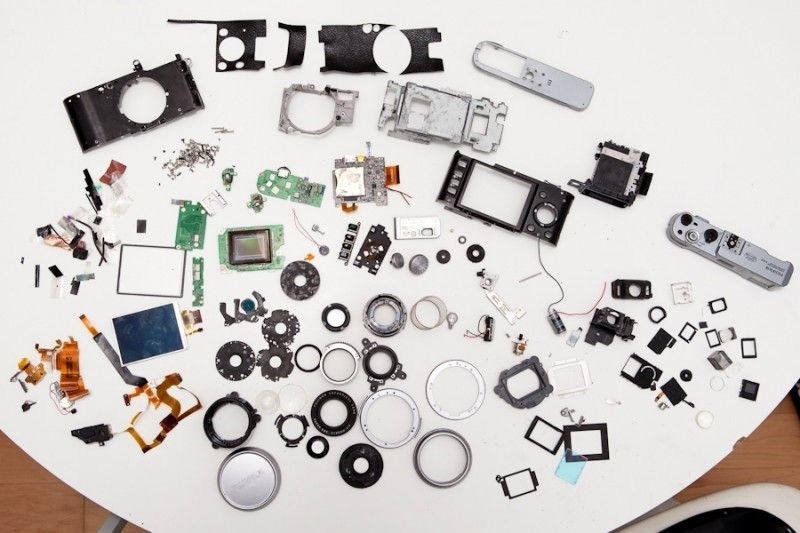 I shared with you here what happened with my first exposure to the model. Wayne stormed out of the meeting, and Carlene started to call me “Sweet Pea.” I got a chance to take a good look at the assumptions and formulas the model used. Like any good engineer, I started to take that model apart.

Actually, I just picked at it, and it fell apart. By the end of the meeting I found about a dozen problems — double dip, triple charges, and unanswered questions. Near the end of the meeting Wayne reappeared, and collectively the “adults” in the room decided that Carlene and I should spend some time together digging through the model and addressing the list of issues that I had identified.

Carlene was a real trooper. She wanted the model to work. When I sat with her the next day, I learned the history of the model, and how most of the complaints about the model never focused on how the model worked, but on how people did not trust the results. Carlene told me that this little project had started over six months before, and every time she wanted a review, people just looked at the results. I got the sense that Carlene was happy to have my help. Poor woman, I was going to compound her work.

We started with the idea that all the Regional Distribution Centers had the same expense operating ratios. They did not. For our first meeting together, I came armed with the operating financials for each of the five operating DCs. The Total Operating Expenses as a percent of Cost of Goods Shipped ranged from 3.1% to 7%, depending on DC. The cost and expense structures of each operation varied because of the size of the operations, the prevailing labor costs of the area, and the ownership of the buildings. The lowest TOE:COGS DC operated out of a leased facility, while the rest of the DCs operated out of company-owned operations. The Asset value difference of the operations was huge. The bigger the facility, the bigger the Depreciation expense of the operations. For some of the DCs, the depreciation was a substantial part of the costs in the model.

Carlene initially gnashed her teeth over the idea of developing a cost model by DC. Afraid that she had to create more complexity in the model, Carlene resisted, pressing to keep using the homogenized number. She kept up her resistance until I said that eliminating the depreciation expenses from the financials would help normalize the DC costs.

The other large variable was the trucking expenses. Some RDCs delivered to a tight geographic area, others covered almost a 1,000 mile radius. Again, Carlene was worried about adding more components to the mix, until I said lumber shipments accounted for most of the transportation expense for any DC. Again, I came with data that broke out lumber COGS and the cost to deliver the lumber products. Extracting the lumber out of the costs again filtered out variance between the DCs, and we got the TOE:COGS ratio variance below ½ points. We applied the same logic to the new Central DC, pulling out the projected depreciation and adjusting for some other variables.

Carlene ran the model against the original five suppliers, and the results changed. Now three of the five vendors shifted from Direct as the lowest cost to either Regional DC or CDC. Carlene was happy and started to thank me for my help, excited that she could wrap up the model.

I knew the model was still incomplete.

One of the benefits of the new CDC was a reduction of store labor. The Direct method required people working in the store back room to unload, receive, and price-ticket the product shipped from the vendor. Product from the RDCs did not have to go through the same receiving process, but still required price tickets. However, the CDC ticketed the product before it shipped, so the store only had to put the product away. Carlene argued that there was no savings, since all we were doing was shifting the effort from the store to the DC. That was until I told Carlene about the price-ticketing process in the stores, and what the process involved in the DC. The DC systems preprinted the price tickets so all the employees had to do was apply, whereas at the store, the employees had to look up the price, set the gun, and price the product.

As Carlene thought about that, I started to outline the value of the inventory reduction using the CDC. At that point, Carlene looked at me and said, “Why are we doing the model? It just makes sense to convert all Vendor Direct to the CDC option.”

What Costs Go Into a Cost Model?