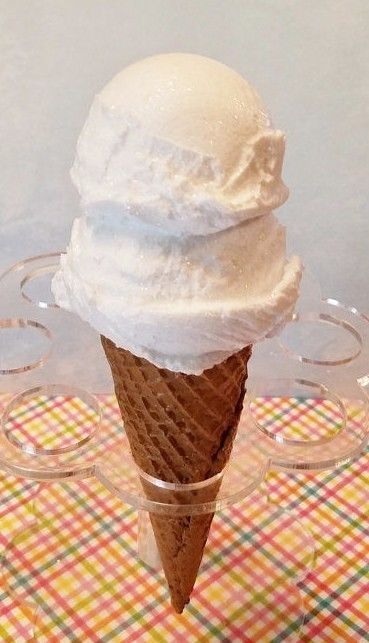 In previous articles, I’ve explored some of the various cost equations that exist in business today, of which there are at least six. Now, we’ll explore the Sales Cost costing method. It is a method by which all costs associated with the selling of a product are captured and recovered by passing the costs along to the customer.

When I say all costs, I am including marketing, merchandising, test kitchen, food shows, sales meetings, and even salaries. It is a “catch all” cost equation, a common business practice within the food-service distribution industry. A good majority of what is called “street business” is driven from a sales cost.

I call this costing method Two Scoops because a lot of the costs that are captured in this equation have already been accounted for. For example, when a distributor hosts a food show, how do suppliers gain entry to participate? They pay to play. If you’re a supplier (equipment, dry goods, perishables, etc.) you want to participate in the show. It’s your opportunity to get in front of the customers to allow them to sample your products and hopefully make a purchase. It would be stupid not to participate.

So there’s a cost associated with putting on a show. But those costs have been paid for by the supplier. But if you’re a street account and you buy product from your distributor based on a “sales costing” method, then you’re paying for it again. There you go—it’s a double dip.

The sales cost equation is merely one of the many methods by which a food-service distributor can increase revenues. This isn’t some top-secret equation; it happens daily. If you haven’t taken a closer look at what your customers are costing you, what value-added services you provide, and the pricing structure you offer to each of your customers, then you are definitely leaving money on the table.

The costing equations I’ve illustrated in other articles are common practice, and while some of the small food-service distributors out there may not be aware of them, I can tell you the big boys utilize these methods daily. It’s partly how they became the big boys in the first place. So if you want to stay competitive, if you want to stay in business rather than being swallowed up by these guys, then you’d better start playing by their rules. Get in on the game, and get in on creating more revenue.

The Creative Cost Equation: Which Market (Price) Is It Anyway?

Value – Add….. or Subtract (From Your Revenue)