Do You Have P&L Control?

Sometimes I come on a bit too strong.

I know I do. It is a nurture issue. I come from a family that is long on opinion, long on brains, and sometimes short on sensitivity. My problem is when I see something that is wrong, I gotta point it out.

His Highness is Butt-Ass Naked

A long time ago, when my mustache was still red, I worked as an analyst in a large corporation. Promoted out of an operations role in the field, the Powers That Be plopped me behind a desk and told me to analyze stuff.

So I analyzed stuff. In the first few weeks I quickly learned that many people in the corporate office had no clue what happened out in the field. In my first week my new boss dragged me to a meeting in which some folks presented a sourcing model. This was a status meeting for the development project. The nice folks developing the model explained its construction and the different variables it used.

The inventory analyst building the model was a nice woman named Carlene. She went over the model in a pleasant voice, taking her time and answering questions. Her boss, Wayne, wasn’t so nice. He was a nervous kind of guy, and he looked kind of like a sly fox.

There were over 70 different assumptions in the model set up as variables. Buried in the formulas were even more variables, which Carlene said they would move out of the formulas and into the variables page.

My boss had not told me anything about the meeting, or the model. As the meeting moved along I caught on, realizing that the inventory planning group used the model to determine what distribution method to use to for a specific vendor. I got the idea that the model indicated that most of the vendors should ship direct to store and not through distribution.

I started asking questions about the DC expense ratios the model used. There were cost ratios for the storage, the handling, the delivery, and some other items. I looked at the percentages and added them up. The model assumed that the distribution center cost about nine percent of the costs of goods.

Well, that was wrong. My DC’s Total Operating Expenses was only 4.2 percent. How could the model say nine percent?

“Please help me understand what makes up the DC Operations cost variable,” I asked.

Carlene smiled, and said “Included are all of the operating expenses, including labor, and transportation.”

“Transportation?  Isn’t that covered in the Delivery Variable?”

Carlene looked at me for a moment. She blinked. “I guess it is.”

“Then the model is charging the delivery cost twice,” I said quickly. “What is in the storage costs?”

“The building and equipment depreciation, inventory adjustments, and some labor.” Carlene replied.

“Some labor? That sounds like a double charge again,” I said. “And why are we charging the building and equipment against the product? The company already spent that money; it is a sunk cost, and the depreciation happens if we ship all or none of the product through the DCs.”

It was as if I had farted. Carlene looked at me and pressed her upper lip against her teeth with her fingers. Her boss was turning bright red. My boss looked at me like I was some kind of genius.

“Who the hell are you?” Wayne blurted out. “You don’t know anything. Those costs have to get charged to something!” he thundered.

“No they don’t,” I quietly replied. “They are assets, not expenses. If we closed that DC today, the assets stay on the books, the money for the building and the equipment spent a long time ago. The depreciation is only the taxable recognition of the past investment. Those costs do not belong in the model.”

“What do you know?” growled Wayne. “You don’t know anything about this model, or how to calculate an inventory analysis!”

I looked at Wayne for a few moments before answering. “Sir, I may be new here, but I am not new to the company. And I am sure not new to business. In managerial accounting, it is a fallacy to charge asset values of plant and equipment to the production costs of a sourcing model. The only time asset value transfers is when the asset changes the value of the item. Distribution centers do not change the value, so you cannot logically charge the plant and equipment to the goods.”

Wayne turned bright red. He turned and left the room.

I think the guy hated me from that day on.

I know that Carlene decided then that she liked me. She started to call me “Sweet Pea.”

The story continues after the jump... 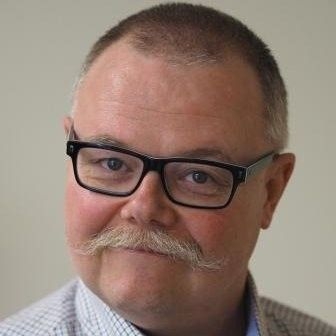 Hello! My name is Dave Schneider, I'm founder of WATP. What's the extent of your responsibility to P&L in Distribution? Some of it's in your control, some of it's not. I'd love to help you get a lay of the land.
Give me a call anytime at 877-674-7495

As I said, I have to pick at things that I think are wrong. Case in point:  some comments I recently made about someone’s LinkedIn profile. I just met the fellow last week at the WERC meetings. Actually, I did not meet him; he sat in on my presentation, "Why New Distribution Centers Fail." This nice guy sent me an invite to connect, and I accepted.

Then I looked at his profile, and saw something that I did not think was right. I sent him a note. I could not help myself, I just had to.

"Full P&L accountability" appears in the summary of your profile. "Full P&L and operational responsibility for a 1.3 million square foot distribution center with 350 associates," appears in your current position description.

Observation:  When someone has full P&L accountability, they have responsibility and authority of the sales functions, inventory/buying functions, and the operations functions. Usually, the only personnel in a company with "full P&L accountability" are the CEO and COO positions. Once the position moves to the next rung in the ladder down, the responsibility and authority becomes specialized.

I suggest that you consider using the phrase "full expense accountability for DC operations" as a replacement for "full P&L accountability." I also suggest you make concrete comments about how your actions lower expenses, protect against cost increases, and support increased revenue. Those are all clear parts of your function, and demonstrate that you know where your influence is, and how you look upwards to measure your contribution to the company.

I bring this to your attention because it is a common mistake I see in many young and growing managers’ profiles. In fact, I used to make the same mistaken claims, until an older and more experienced leader pointed out to me the error of my ways. Please feel free to reject my observations and suggestions, but I believe that if you give some thought to what I’ve told you here, and make the changes, you will experience a long-term lift in your career.

What do you think?  Was I too harsh on the lad?