Case Study: Who Gets Hurt?

When project contracting goes sideways, as it did in this case study, it takes a great deal of effort to get things back on track. When a Prime Contractor alters the core intent of a deal, converting time and materials deals into fixed-scope and fixed-price agreements, you might think that they are doing so in order to cap costs. True, capping the monetary payment helps control the risk cost overruns. Capping the deal pushes the risk of overrun down onto the shoulders of the Subcontractors.

I only accept fixed-scope and fixed-price projects if I have total control of the project; if there is reasonable time to complete the project; if I am not dependent on the client or other contractors for materials or labor; and if I have complete access to and control of the work site. Assessment projects are one example:  I am the expert observing the operations, a Genchi Gembutsu, spending time in the Gemba and reporting my observations.

Fixed-scope and -price projects require careful review of the scope, and a clear negotiation of the Scope of Work. The more unknown the unknowns, the more I will charge the client for the project. The less I know the client, the more I will charge the client. If, during the sales process and the negotiations, I sense that the client is disorganized, or if there is a difference of opinion within the client's organization, or if I get a sense that the client is a poor planner or communicator, the price goes up. Just as I sell the relief of grief factor in my work, there is an aggravation upcharge calculated into my pricing when I am bidding on a fixed-scope-and-price project.

I am not alone in this approach; I know other consultants, engineers, and contractors who follow the same logic in pricing projects. However, it does mean that I lose out on projects to competition that does not factor these inherent risks into their proposals. Occasionally, a project that I did not win has returned to me when it is in trouble, the client asking me to step in and pick up the pieces left by the engineers or consultants who either quit or have been fired. Typically, the cost for me to come in, clean up, and finish the job is more than my original bid, and it is always a time and materials contract.

Bad fixed-scope and -price contracts are unfair to all parties. You might think that the buyer is getting the better deal, paying less for the Scope of Work. That is rarely the case, however, as the old saying, "you get what you pay for," always comes true. Moreover, every party in the bad transaction suffers as long as the deal is bad, and the suffering grows for as long as the bad deal is in effect.

The bigger issue with deals like those we see in the case study, is who gets hurt? In these deals, everybody gets hurt, and the customer's project is late, or fails to deliver the expected results. The different tiers of the contracting relationships all suffer because of the captured cash flow in the project. When the cash fails to flow right, the different layers of deals start to unravel if there is insufficient financial strength in the downward flow. Everyone past the point of weakness suffers cash flow problems, including the labor working on the job.

Unfair deals happen because people make mistakes, and because other people take advantage of those mistakes. In sports, a team may win because the other team makes a mistake. In war, the same rules apply. However, those are adversarial engagements in which there is supposed to be a winner and a loser. Projects should not have losers; all parties in a project, or in a business agreement, should be winners. When one party in a project “gets over” another, things will go wrong in that project.

Too many business leaders forget that basic fact.

If you're caught in a bad deal, the first step is to let the counter party know. I have done that in my career, discovering mistakes in our pricing, or in the pricing of the supplier. On one project, I watched the supplier struggle to get materials moved into the building. While we were clear in the proposal process that materials had to move through narrow passages, the supplier and their installer missed those details. They did not account for the challenge of getting 40-foot sections of rack around a corner and through a narrow passage. They could not use powered lifts; these 200 units had to be moved by hand on carts and dollies. I called the supplier, talked to them about the problem, and together we estimated the additional labor needed to take care of the problem. The change in order pricing covered the labor cost, but did not allow for any profit because we had been clear about the space issue, and the contractor had missed it. However, we agreed to the price, so the supplier did not lose money on the project.

The Primary Subcontractor hired an outside project manager on contract to visit the operation, inspect the paperwork, and determine whether the project had the same issues. Armed with all the contract paperwork, the project manager quickly discovered that the new contract documents converted the time and materials proposals into fixed-scope and -price contracts. In the field audit, the project manager discovered the Prime Contractor engaging in the same behavior, issuing site directives to the subcontractors that changed the Scope of Work, and issuing rework directives for engineering mistakes. The Primary Contractor’s site managers did not even realize there was an issue because they thought it was still a time-and-materials deal; like the owner, they were unaware that the Prime Contractor had chaged the nature of the deal.

It was only a few days later that the outside project manager started to challenge the changes in the work, informing the Prime Contractor’s management team that the work in the site directives required change orders, and that he would issue change order billing for the work already performed on the directives. The resulting reaction by the Prime Contractor’s management team was both interesting and telling. 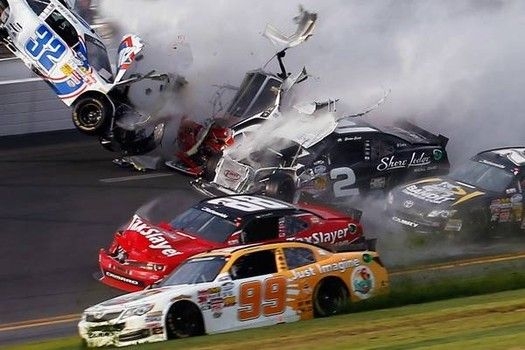