Pallets can cost a lot of money. I am not just talking about the cost of the pallet itself; there is a cost associated with storage, handling, and recycling these slabs of wood.

The issue comes down to the quality of the wood, the design of the pallet, and the materials used to build the pallet. Walk any busy DC receiving area and look at the condition of the pallets. Rarely will you see any that are top quality. Most of the pallets will be repair jobs, pallets with replaced deck boards, or sistered stringers. The only “Cadillac” pallets you will find are the ones from one of the pallet pool systems, like CHEP, PECO, or iGPS.

On June 5, iGPS Co LLC, the company that owns the world’s largest plastic pallet pool, filed for bankruptcy with plans to sell the business to a group of investors, unless it received better bids at a court-supervised auction.

The iGPS pallet contains four radio-frequency identification tags for reporting the location of a product during shipment. The irony of this story is that iGPS lost over 1.5 million of the more than 10 million pallets in its pool. The 2011 discovery of the missing pallets placed the company in a technical default of its loan covenants, allowing creditors to demand accelerated repayment of loan principle. The payment demands sucked cash out of the company, and its value dropped from $20 million to $1 million in 2012.

It is ironic that iGPS, maker of the trackable RFID chip-embedded pallet, could lose over 1.5 million pallets. At a reported $62 each, $93 million in asset value disappeared. With the RFID chip as a main selling differentiator, how could the company lose this many pallets?

First, we must understand the RFID technology. While the company’s name, iGPS, suggests to the uneducated that the pallets have GPS technology, the GPS really means Global Pooling System, not Global Positioning System.

The RFID technology imbedded in the pallet requires the reader to be close to the pallet — less than 10 feet away — to trigger a read of the RFID chip embedded in the plastic. Moreover, all the points of use need to be able to read the RFID tags, and they need to link to a data network. 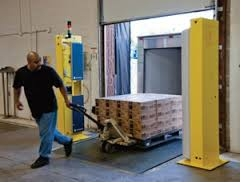 The iGPS pallets are attractive and durable, so it should be no surprise that some warehouses and retail operators will want to hold onto them for floor display and warehouse use. Once the pallet is “gone” out of a facility, you can’t track where it went unless the receiver is RFID-capable. While big players like Kraft Foods, Mondelez, Costco, and Walmart use the pallets and employ some level of RFID in their operations, most of the consignees do not.

Theft also comes into play. iGPS worked with a police task force in Los Angeles to combat the theft of industrial plastics in 2012, which recovered $250,000 worth of stolen pallets. At $62 per pallet, this effort recovered about 4,000 pallets.

The iGPS pallets are not indestructible. Top-quality hardwood pallets can survive 10 to 20 shipping cycles before needing repair, and live on for another 20 to 40 cycles before becoming kindling. While the plastic pallets are immune to some of the problems that plague the wooden ones, many of the same things that destroy the wood pallets destroy the plastic pallets too.

Leakage in the System

For this final point, watch the 2009 video about iGPS and the different ways they use Microsoft technology to help them run their business. Pay close attention to the parts about tracking assets.

Now consider the steps in the traditional pallet-pooling process:

In the video, the iGPS executives describe systematic tracking of assets by building data connections with the customers. While the executives talk about building the ability to share data with any of their customers to provide those customers with data reporting, how much of the sharing really gives iGPS the ability to track where their pallets are? The hope that RFID technology would solve the natural leakage in the physical network depended on distributors and retailers embracing RFID technology. Moreover, it depended on those same companies to openly connect their data systems to iGPS.

Back in 2007, iGPS knew that lost pallets could be an expensive asset loss. In the early days of the first wave of RFID, as the concept climbed up the slope of the first hype-curve, iGPS decided to imbed RFID tags in each corner of the pallet to assure a 100% read rate. Although this was touted as a huge benefit to the customer, then-CEO Bob Moore admitted, “Internally, for very selfish reasons, we can’t afford to lose our pallets.”

In 2006 iGPS made a serious bet on adoption of RFID across the supply chain. Their competitor, CHEP, expected that the RFID-enabled pallet pool concept would prove to be evolutionary, not revolutionary. The real issue was not the technology, but the development of the infrastructure and development of data sharing to a critical level of support for the concept to be dependable. While iGPS management assumed it would take time for the concept to prove itself, CEO Moore perhaps believed a little too much in the RFID hype, saying, "I think what we are doing now will change the entire supply chain." Seven years later, it looks like that revolution did not pan out.

In the end, pallets leak out of the supply chain in so many places. In this video we see a driver offload some good wood at a truck stop. Watch closely as he zooms in on the areas where the tires are piled up, and you will see a CHEP pallet in the mess.