Gas turbines are not a new technology to the rail industry. Union Pacific Railroad experimented with gas turbine-electric locomotives (GTEL) in the 1950s. Perhaps, with the technological advances of the past 50 years, GTELs could be a renewed source of rail motive power. 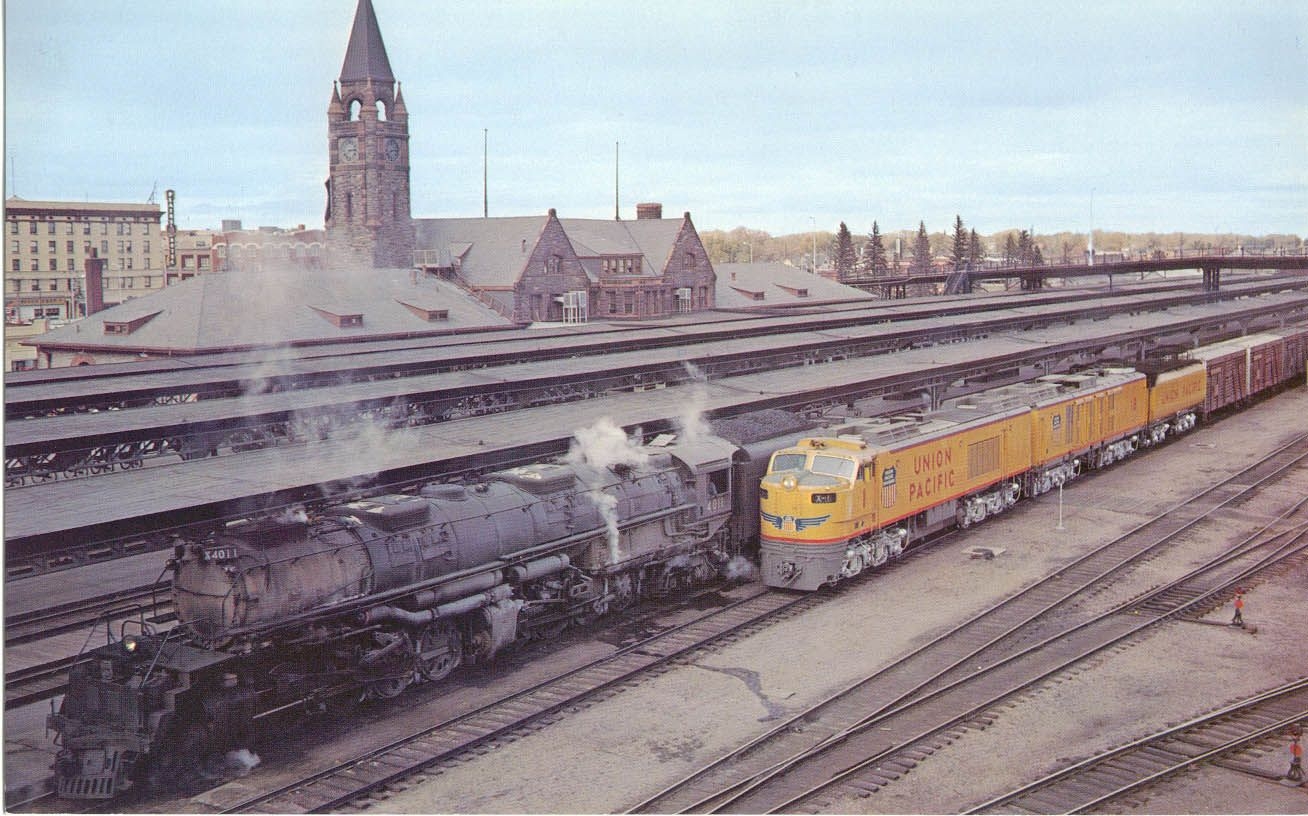 In the 1920s, the American Locomotive Company (ALCO) collaborated in a joint venture with General Electric and Ingersoll Rand to build some of the first commercially successful diesel-electric locomotives. On ALCO’s heels, General Motors Electro-Motive Division (EMD) overtook ALCO in the late 1930s with the rich cash backing of the parent and aggressive marketing to a dominant market position. Other locomotive works, like ALCO, Baldwin Locomotive Works, and Lima Locomotive Works played a game of catch-up with EMD. Baldwin and Lima quickly lost ground as the cost of converting the manufacturing infrastructure of their legacy businesses became more than the companies could afford.

By the 1940s, ALCO faced serious headwind from EMD, and formed a tighter joint venture with GE:  ALCO made the motors and locomotives while GE provided the electrical components. This arrangement survived until GE decided that it could be the #1 producer, and in 1956 started its own diesel locomotive manufacturing operations in Erie, Pennsylvania.

In the late 1940s, the Union Pacific started to look for alternatives to steam and diesel power. The railroad had long-distance runs in open territory. Steam power had to stop every few hundred miles for fuel and water, stops that added time to the long-distance movement of freight. Steam locomotives are maintenance queens, requiring lots of labor and repair. But large steam locomotives still ruled in the wide-open high plains of the UP; the then-current generations of diesels just did not have the traction power of the large articulated steamers, like the legendary Big Boy locomotives.

In the late 1940s, and into the 1950s, UPRR entered into an experimental program to use gas-fired turbine engines to replace the diesel engines in locomotives. In a working partnership with General Electric and American Locomotive, the UPRR took delivery of the first prototype Gas Turbine Electric Locomotive (GTEL). General Electric brought jet engine technology into the mix, along with the electrical controls, while ALCO built the locomotive frame and body.

While called Gas Turbines, the fuel the locomotives burned was not gas, but Bunker C, considered waste oil in that era. In the 1950s, oil refiners had not developed the technology to use Bunker C and other heavy oils, so the oil companies sold them at deep discounts compared to diesel. Bunker C is very thick, and under cold conditions will acquire the consistency of molasses, much like how diesel gels in freezing conditions. It also contains a number of contaminates and pollutants, such as sulfur, the very compounds that the new EPA regulations seek to remove from use.

The GTELs of the UP were a success. Consider that the total fleet of 25 locomotives moved as much as 10 percent of the total tonnage on the road when the fleet was at full strength. These massive brutes could do the work of three to four diesel locomotives. In fact, the UP ordered three different classes of turbines, the initial order of 4,500 HP units, a second group of 4,500 HP units with mechanical and design improvements, and the third round of 8,500 HP "Super Big Blows," by far the largest and most powerful locomotives made. As UP discovered the thirst of these brutes, the railroad converted the coal tenders of the retired Challenger and Big Boy steam locomotives into 24,000-gallon fuel tenders to feed the appetite of the motive power.

The UPRR ended its use of GTELs in the 1960s, with the final units retiring at the end of the 1960s. The economics of the GTELs changed as the cost of the Bunker C and later No. 6 oils climbed, and the diesel locomotive manufacturers applied turbocharging to the engines to make more power. The long march of technology changed the cheap fuel economics of the GTELs, as the oil industry discovered new uses of Bunker C for the use of plastics feedstock, and new advances in cracking technology that helped break down heavy oils into lighter fuels. While UPRR expected lower maintenance costs from the GTELs, the high pollutant contents in the fuel and the metallurgy of the era chewed up the combustion chambers and the turbine blades at a rapid rate. The improved power of the turbocharged diesels that now used the less costly diesel oil sealed the economic fate of the GTELs.

Could LNG become the new fuel for the next generation of railroad locomotive? The UP actually tested the use of propane, a form of LNG, as the motive fuel. Working with the Richfield Oil Company, the UP developed a special pressurized tank car to carry the liquified propane. In the 1950s, propane was considered to be highly volatile. UP and Richfield took special precautions in the design of the tanker and transfer hoses. Railcars can derail, and out of caution, the engineers over-designed the car and transfer systems. Refueling systems for propane were not as developed as the systems used today, so the special train could refuel in only one location, at the Richfield Refinery in Los Angeles. While the tests yielded positive results—the propane burned cleaner and did not damage the engine like the Bunker C—concerns over handling dangers overrode propane’s potential usefulness, and UP converted their locomotives to burn Bunker C.

Could the Past Become the Future?

Turbine technology has made huge advances in the past 50 years. Today, natural gas turbines the size of a household refrigerator can produce 200 Kw of power per unit, and natural gas fires large-scale turbines around the country to provide electrical power. The technology exists. The question is, can an investor make an economic case?

In the past decade, most of the additional electrical power introduced to the US power grid comes from natural gas-fired turbines that turn the generators. Natural gas, and its close cousin, propane, burn clean, creating about 42%% of the CO2 emissions of diesel. Natural gas does not create the sulfur, nitric oxide or particulates like diesel internal combustion engines do. Turbines contain fewer moving parts, and with proper filtration can provide long service life.

The turbines do burn hot, creating much more exhaust heat than diesels. Stationary turbine exhaust can be used to heat water - creating ultra high efficiency co-generation power plants. In a locomotive, the heat management of the turbine must be designed to eliminate the chance of damage to surrounding buildings and structures.

The following videos show off the locomotives. The first is is a tour through the Eccles Rail Center at the Utah State Railroad Museum. Historian Dan Kun gives a great presentation about the the GTELS in the first 15 minutes of the video. The rest is very good, too. The second video is a period film of the GTELS in action. You might be able to hear the roar of the turbine. As you watch the exhaust, remember that in the era, these locomotives burned Bunker C fuel - a heavy oil that contained high levels of pollutants and sulfur. Imagine how clean the exhaust would be with natural gas.

Considering the advance of technology, could turbines come back as a motive power? What do you think?

Three Days Stranded on the City of San Francisco