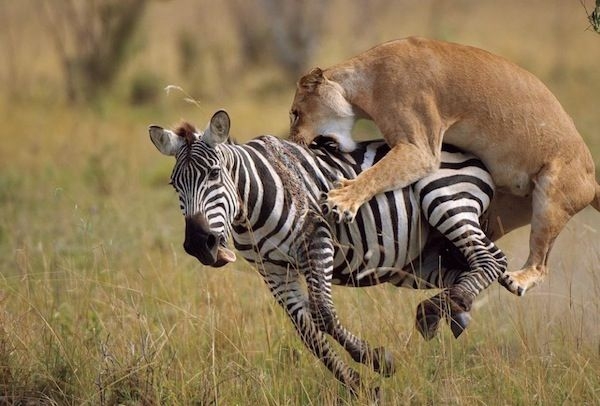 In 2014, we developed a series covering the Key Ten Trends identified in the Material Handling and Logistics U.S. Roadmap report published by MHI in January of that year. Our series is a deeper dive from our perspective of these trends, giving logisticians and supply chain managers a better understanding of them, and why we stress that leaders must consider the implications of these trends.  We've already covered two trends -  Mass Personalization and Mobile and Wearable Computing.  Now, we'll cover another trend, Relentless Competition.

Competition is misunderstood. For those people and companies that have little to offer, the competitive environment appears to be unfair. In the free marketplace, competition is the source of innovation. An enterprise has little reason to improve or innovate if there is no competition. Competition drives quality higher, drives prices lower, and presents new solutions to old problems.

What images come to your mind when you hear the word relentless? Do you imagine a hunter who doesn’t stop until he makes the kill? Do you think of a drill instructor intensely drilling into the ears of a raw recruit?

Here is a question to ponder. 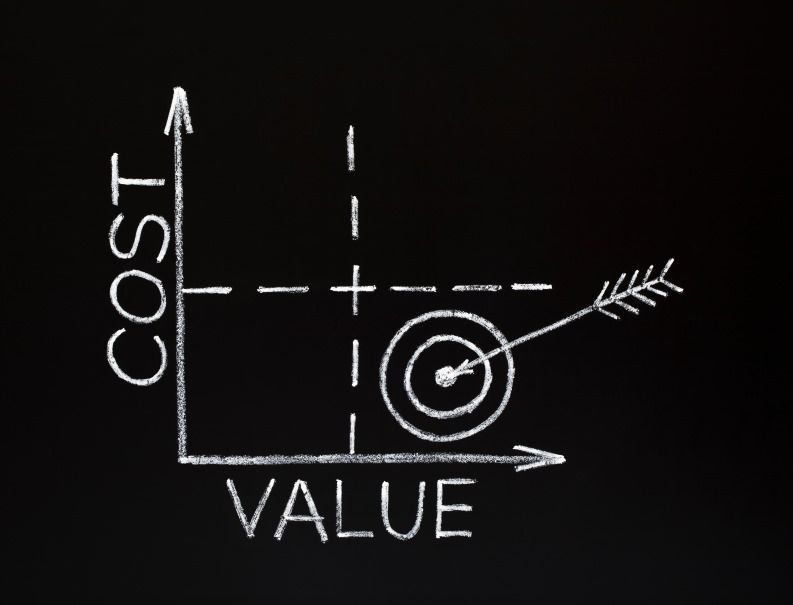 Two companies have equally valuable products and services. They also have the same access to talent. They both enjoy the same market, and their market share is equivalent. The only difference is working capital. Company A sits on a mound of cash — billions of dollars. Company B sits on a much smaller pile, carries debt, and struggles to secure funding.

Which company would you bet on being around a decade from now?

If you think Company A has the better chance of survival, you earn a gold star.

The competition for capital is brutally relentless for small to mid-sized companies. Companies with less than $25 million in revenue have fewer options for capital than they would have had a decade ago. While capital may be available, it comes with higher interest costs, or a higher level of requirements. Banking rules passed in the wake of the Dodd-Frank legislation require banks to be more conservative with loans to businesses, and require banks to maintain a higher percentage of cash-to-total-assets on the books. Business Lines of Credit (BLOCs) come with more requirements, higher interest, and sometimes personal guarantees by the owners of the company.

The major multinationals of our era may not suffer from this relentless capital competition, but it does hobble the ability of smaller companies to expand. That relentless competition will continue to hammer at these smaller companies, the ones that will take risks to innovate and introduce new methods, products, and processes.

Relentless competition comes from beyond our shores. In the dark ages of trade protectionism, nations used duties and tariffs to create competition barriers to the low-price options imported from other countries. Amid the fear of trade wars and the clearing smoke of World War II, the commonsense notion arose that open trade lifts all economies and builds greater peace. In 1949, industrialized countries started to build a multi-lateral agreement that eventually became the General Agreement on Tariffs and Trade (GATT). After more than 45 years of negotiation, 75 countries agreed to follow GATT, including the US.

In the 1990s, however, trade negotiators recognized that GATT itself was insufficient to support the globalization of trade, as multi-national business firms emerged on the world stage. GATT was a good set of rules, but there was no global organization to administer and enforce the GATT rules. So in 1995, the 75 member nations, including the members of the European Union, became signatory members of the World Trade Organization (WTO), and GATT became the core rules that the WTO followed. Other countries recognized the benefit of joining the WTO, making applications to join and promising voluntarily to adhere to the rules.

The voluntary nature of the WTO rules supports the relentless competition of global trade. Although it is not allowed under WTO rules, many countries still engage in protectionism of their local industries through tariffs, prohibitions, subsidies, and currency manipulation. There are no clean hands in this; even the nations that are the biggest supporters of free trade engage in protection via tariffs, quotas, and outright blockage. Examples of trade manipulation include local laws requiring foreign companies to create joint ventures with local companies, tax abatement subsidies for revenue generated through export, and moving target labeling/ingredient requirements.

Companies are made to feel relentless competition by the theft of intellectual property, the violation of patents, industrial espionage, counterfeit goods, and price dumping. All of these are risks, not only in a country of export, but in the home country of the affected company because of the way competition takes advantage of the lack of trade law enforcement.

Truckload freight capacity is tight, partly because of a lack of drivers, partly because of the Hours of Service (HOS) rules, and partly because of the lack of carriers able to put people to work. Other logistics operations feel the relentless competition for qualified labor and management. Both UPS and FedEx felt the crunch of capacity during the 2013 Christmas season, due to the ongoing increase in parcel volume driven by growing e-commerce. Because of the growth of e-commerce and the growing cube of the packaging that inexperienced e-commerce shippers use, both US-based parcel carriers are switching to volumetric shipping structures to improve margin and force shippers to reduce packaging cubes.

Transportation space capacity in some modes feels relentless pressure because of government interventions. In response to ongoing delay in development of the Keystone Pipeline, oil refiners shifted crude oil transport modes from pipeline to rail. The greater demand on the rail resources places a competitive demand on rail tank cars, and on mainline capacity from the oil fields to the refineries. Safety regulations concerning rail tank cars used to haul Bakken oil put even more pressure on the hauling capacity.

Manufacturers feel relentless pressure for materials. Limited source supply is just one factor. SEC regulations mandated by the Frank-Dodd legislation focused on stopping the importation of conflict materials from African nations like the Democratic Republic of Congo (DRC). Auto and transport equipment manufacturers use prodigious amounts of 3TG materials (tantalum, tin, tungsten, and gold). The regulations require companies with stock publicly traded on US-based exchanges to disclose their use of conflict minerals if those minerals are “necessary to the functionality or production of a product” manufactured by those companies. Non-public companies and foreign companies do not have to file disclosure. As the publically traded companies scramble to identify, certify, and report the sources of non-conflict 3TG materials, they are competing for limited resources.

In many supply chain markets, labor is a scarce resource. While anybody in the logistics profession is well aware of the shortage of qualified drivers, many are now realizing the increasing cost of qualified labor as the economy improves. While not universal in the US, many markets feel the relentless competition for people skilled in the repair and maintenance of industrial trucks and material-handling equipment. Key positions requiring specific technical skills go unfilled while employers pay to secure staff. Shortages are not just in the blue-collar fields; there is also a shortage of experienced middle managers with the skills to operate complex logistics and supply chain systems.

Unrelenting, With No End in Sight

These are just some of the facets of relentless competition facing global supply chains. Look hard enough at your own company, and you can add to the list of competitive threads. In the end, the enterprise with the best supply chain wins.