The Growth of
E-Commerce

Recently, we started this series exploring the Ten Key Trends in Logistics and the MHI Material Handling and Logistics U.S. Roadmap.  The first article focused on the middle of the pack, Mobile and Wearable Computing.  We are now down to the last two trends, covering E-Commerce and finally what we think is the most important of all these trends, The Changing Workforce. 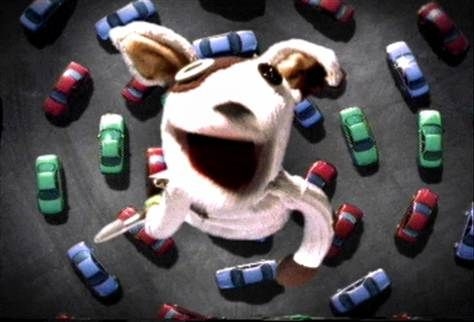 Do you remember 1998 and 1999?  That was when the internet was going to kill brick-and-mortar retail.  People were investing in any company that had .com at the end of its name.  The poster children of the time were Pets.com, Webvan.com, Amazon.com, boo.com, AOL, the list goes on.  Many of these companies staged big Initial Public Offerings, sucking in massive piles of cash with nothing more than a logo, a mascot, and a vague form of a business plan.  With that cash, some of these companies sold products for less than what they paid for them, spent massive amounts of money on Super Bowl ads (16 dot-coms spent over $2 million each for a 30 second spot in Super Bowl XXXIV), and spent massive amounts of money on nice offices and other perks.  Everybody expected that Business to Consumer (B2C) sites would quickly render traditional retail "so 20th century."

Then the whole mess hit the wall.

By the middle of 2001, both Pets.Com and Webvan were gone, as were Boo.com, and dozens of smaller players. Companies building out infrastructure to support the expected rapid adoption soon discovered that nobody wanted the bandwidth.  With far more dark fiber than lit, the companies that owned, built, or supplied this communications infrastructure found themselves with little revenue to offset their huge cash investments.  Like the e-retailers, many of these infrastructure plays rotated through bankruptcy court.  Unlike the e-retailers, these companies had assets of value, but that value was far less than the original cost of creating it.

By the end of 2001, the dot-com industry appeared to be doomed.  Dot-com became dot-bomb, and billions in investments became worthless.

From the Shadows of the Valley of Death 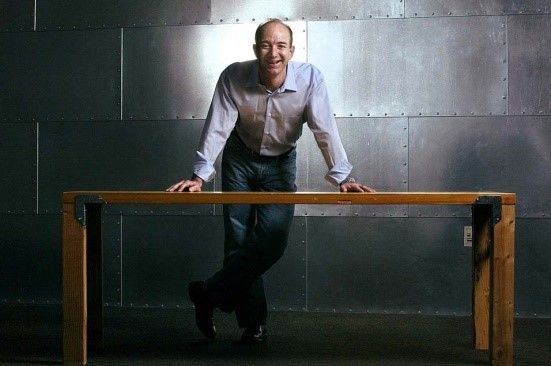 Not all web-based retailers died a horrible death; only the ones with bad business plans and self-interested investment analysts with gains to make.   Many did not enjoy a huge IPO payday, but had a nice valuation, watched their cash, controlled the cash burn, and focused on generating profits and positive operating cash flow.  Many started frugally, mounting solid core doors on 4X4 posts to make desks, and focused on creating incredible customer experiences.  Sites that did not have brick-and-mortar outlets developed ways to automate cost cutting in execution. They provided competitive prices, exclusive products, unbeatable customer service, or a combination of all three.  The survivors worked hard to build sustainable business platforms.   They developed ways to broaden the assortment they offered to customers and reduce their inventory exposure by developing drop-ship programs to ship customers' orders directly from the supplier.  The companies that got their mojo right grew year after year, drawing more market share from the other e-comm retailers, stealing customers from traditional retailers, and opening new markets.

E-Commerce is much more than businesses selling to consumers.  Because the irrational exuberance of the dot-com era decimated the investment portfolios of many retail investors, professionals looked to another segment of E-Commerce living in the shadow of the consumer world.  Business-to-business (B2B)-based internet plays started up and grew.  With the excess capacity and the rapidly falling costs of hardware and infrastructure, small and savvy start-ups launched to provide systems that could replace the traditional license based form of business software. This service first appeared as the Application Systems Provider (ASP) model:  the service provider supplies the software and the hardware to users with access delivered via high-speed broadband connections. The term ASP faded, to be replaced by Software as a Service (SaaS).

ASP and SaaS are technically the exact same service except for the terms of engagement and payment. ASP model agreements typically are for three to five years of commitment, a large up-front payment to start the service, and annual charges. SaaS follows more of a subscription model, with an annual fee (usually marketed as a monthly fee), and without a long-term commitment. ASP models are usually a dedicated facility or group of servers for a customer, whereas SaaS models usually dedicate an instance of the system on a single server shared by many customers.

In the latter part of the 2000s, more business-to-business plays started up, offering shared platform services to other companies. This is the era of Lean Logistics, Transplace, MIQ, and Mercury Gate, with their SaaS-model Transportation Management Systems. Other companies offered ways to replace expensive proprietary EDI Value Added Networks with EDI over internet protocols. Expanding Foreign Trade Zone (FTZ) operations drove the use of SaaS FTZ management and reporting sites. The logistics market grew with the expansion of services delivered via the broadband fiber optic networks.

The March of Moore’s Law

For the past 15 years, the value of information technology has followed the path defined by Gordon Moore — every 18 months, the cost of the technology has dropped by 50% and the capacity has doubled. The mainframe computers of the early 1990s shrank to the size of a row of racks by 2005, and then to the size of a single rack by 2010. Virtualization software allows groups of processors to become many virtual server systems, enabling a single server to support a dozen web sites. As the processors grew faster, the size and cost of disk storage plummeted. In 2007, a terabyte of storage cost $1,000; seven years later, one-TB drives sell for under $100.

In the wake of the 2008 financial crisis, companies looked to shed as much operating cost as possible. While reducing headcount was one way to reduce costs, companies also looked at their IT investments and the headcount supporting their systems. Larger companies stopped their own internal software development, turning to outside companies like SAP, Oracle, and Infor to provide Enterprise Management Systems, replacing legacy business management systems. Shifting to the new systems allowed these companies to outsource running their systems to companies like Sunguard, which provided contract data centers.

As early as 2007, new data centers started to appear that provided space for other companies to store their hardware. As some companies shrank their staffs and shifted to remote offices and telecommuting, they needed less office space. Some companies elected to place their systems in these new data centers. The business model appeared attractive, and many companies entered the data center business—and soon the supply outpaced the demand. Half-empty datacenters did not earn sufficient operating cash flow to service debt, so the data center operators had to find more customers.

The Growth of E-Commerce - Part 2