The E and O of Change

Why do businesses change? The answer to that question is complex.

If we turn our attention to the prime directive of business — make more money, today and tomorrow — we find a very simple reason for change. Businesses change to make more money, today and tomorrow. This prime directive is the economic argument for change in business. The academic community calls this Theory E, and its purpose is the creation of economic value, expressed as increasing shareholder value.

There is another school of thought about driving change. There are leaders who focus on the development of high commitment cultures, a focus on the organization's capacity to learn, to develop knowledge from actions taken in the execution, and to make corrections for the better. The academics call this Theory O, and its focus is on the organization’s human element. 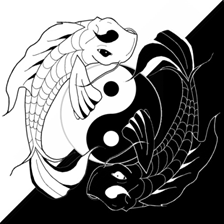 There is a natural tension between the arguments for Theory E and Theory O. They are both legitimate perspectives on the problem of organizational change. These perspectives vary among individuals and organizations according to their beliefs and purposes. If the business singularly follows the prime directive of business, Theory E is the dominant argument for change. But if the singular purpose of the organization is to contribute to society and to develop knowledge to better mankind, then Theory O is the dominant argument.

Examples abound in both human history and business history of organizations that embraced a singular approach to change. The political approaches to pure capitalism, communism, and socialism all demonstrate widespread damage to value, measured in human and monetary ways. In business, the embrace of the single approach of Theory E renders many companies dead, where the maximum economic value for the enterprise is the sale of the enterprise and its assimilation into some other organization. Equally, the singular embrace of Theory O has killed many companies that ran out of the vital cash they needed to survive and thrive.

The Dangers of Theory E

Increasing shareholder value is a somewhat nebulous idea. Who are the stockholders? If you're talking about a publicly traded company, the value of the stock is loosely attached to the performance of the company. Many other factors determine the value of a specific stock. The price of a stock can be completely independent of the performance of the company. The price of the stock is sometimes determined by how investors think that piece of paper is valued by other investors. 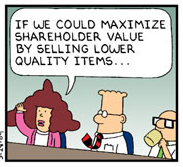 If the shareholders are the actual owners of the company, the people who took the risk and founded the company, leading it from creation to its current state, you can directly tie a company’s performance to its value by measuring the cash the company makes and is able to put into the owners’ pockets. But outside forces in the market can influence that value. Imagine an enterprise with a competitive advantage, an exclusive way to make something or provide a unique and valuable service. That company could be valuable to a competitor, enough that the competitor is willing to pay to acquire the product, process, service, people, technology, or simply the market share.

There is clearly an argument for driving business change to achieve Theory E goals and methods. But to follow just that path of change can prove risky for many of the stakeholders in the organization. In many cases, the pure Theory E result for corporate change involves restructuring and reengineering the organization, with the associated plant closings and layoffs. There is also the strategic sale of a division, or of the entire company, with merger-related plant closings and layoffs. The shareholders sometimes win in these deals, but the stakeholders—the employees, customers, and communities—are the losers.

The Dangers of Theory O

The counterpoint made by Theory O supporters is that the intense singular focus on the economics of the operations overlooks the potential value created by improving the knowledge of the organization. The Theory O argument makes the case for investing in upgrading the skills of the workforce to bring change and create economic benefit. 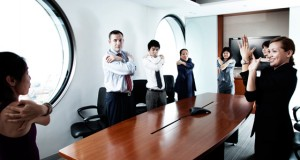 Theory O focuses on organizational development, developing the capabilities of the organization and the employees to become involved in identifying and solving problems in the operations. Theory O operators attempt to create a culture in which the employees are emotionally committed to improving the performance of the firm. Management focuses on the effectiveness and efficiency of the work at every level of the firm. Leaders who follow this path expect that the changes will lead to improvements in the economic value of the enterprise.

The success or failure of Theory O change efforts is not as dramatic as in Theory E. Still, there are examples of failures. In some cases, Theory O projects ignore the economic implications. While these projects can focus on some hard measures, like increased productivity or effectiveness, using measurements like increased units per hour or reduced error rates, the programs fail to determine the economic impact of the program on cash flow or profitability. When pressed, the Theory O leaders develop an assumed savings, based on an increased productivity of a discrete event—for example a 20 percent increase in units picked per hour. In many cases, when subjected to hard financial analysis, the claims become difficult to prove. In some cases, the results prove to cost the company more than the old process.

The Case of the Hybrid

The lesson here is that a singular goal is a faulty approach. Successful organizational change requires components of both Theory E and Theory O, and comes only from a successful integration of both theories. This requires leaders (not just one, but a team of leaders) to embody the thinking and style of both theories. The leadership teams cannot be just at the top; they must exist vertically throughout the organization.

The following blended elements become the key components of a successful change:

⦁    Purpose:  Must be a combination of economic value creation and development of organizational capability, in that order.
⦁    Leadership:  Must be participative top-down, so that the top leaders quickly develop the goals and encourage middle layers of management to adopt them, and middle management works influence upward.
⦁    Focus:  Must be on changing the organization design and culture to embrace new methods and thought models, including the successful integration of financial and operations metrics.
⦁    Process:  Must be a combination of planned/programmatic change with opportunistic capture of emergent practices.
⦁    Motivation:  Must use financial incentives that support, not lead the desire for people to make change real.
⦁    Finally, the internal team, not the consultants, must drive the change. Consultants can assist, guide, and support, but the vertical leadership team must drive the change.

Managing the integration of Theory E and Theory O requires a blending of two opposing philosophies. The tension of the two approaches comes from an emotional incongruence, the feeling that the two theories are in opposition. While in the academic world and from the shallow viewpoints of capital markets the two theories look to be in opposition, that opposition is really a strength in the blended approach. They are the yin and yang of change, creating tension that binds both the rational economic and irrational emotional components together.

Engineers, architects, storytellers, and philosophers understand the use of tension and compression in structure. Through the ages, builders have learned to use tension and compression when building structures that carry loads far greater than the weight of the structure itself. Playwrights and storytellers understand how to build stories that capture the imagination and attention of the audience by building tension between the characters. Just as these professions learned in their art to use tension between opposing forces to build something of substance, so too must successful leaders of business change.

What we do have control over is our actions, if we choose to be in control of our actions. As human beings, we have the capability of choice. As individuals, we have the right of choice. While we have no power over the grand events, through our exercise of choice we possess the power of acceptance and the power of influence. While as an individual you may have no power over the changing climate, you have available the choice of different modes of transportation. Each transportation choice makes a different infinitesimal impact on the climate. By exercising your right of choice, you may influence the actions of others by your example.

Looking for a Few Good Customers? Take a Look at Yourself First