What Ever Happened to "Cash is King"? 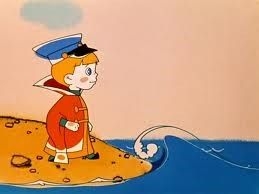 Once upon a time, in a land far, far away, there lived a prudent businessman named Junior (Dad’s nickname for his son, to whom he hoped someday to pass on the family business). From the time he was knee-high to a grasshopper, he had always wanted to collect coins and put them in his piggy bank. Dad had always told him, “Cash is King.” But alas, being of such a tender age, he knew not who “Cash” was, much less who was “king.”

As time went on, he grew up, went to college, learned to speak the language of business (accounting, if you didn’t know), and was welcomed by Dad into the family food distribution business. All seemed joy and bliss, as the business had always been a thriving, cash-generating machine for Dad. This was not because the products they sold were scarce and in demand, but because people just liked to eat on a regular basis. Dad displayed a work ethic that was emulated by many, and admired by Junior. Times were good, credit was plentiful, and the restaurant operators who depended upon Dad’s clockwork restocking came to depend upon their “distributor” to keep their cupboards stocked at a price they could afford.

It’s funny how things change from generation to generation. Junior grew up watching Dad grow the business in a UP economy. But a few years back, unnoticed by Dad and Junior, the economy began to change. It wasn’t a sudden change, but one of subtle things changing here and there. It was now starting to affect the operating cash flow of the hitherto robust family business.

Dad’s once-reliable vendors now resorted to financial chicanery. They twisted and manipulated longstanding sheltered-income contractual terms; they changed a landed cost definition here, and a house-brand volume price there.  The marketing program money began drying up. All this combined now forced Dad into the untenable position of having to raise prices on his loyal customers just to pay our bills. Our hitherto unquestioning and loyal customers morphed overnight into Doubting Thomases, asking why long, steadfast customers were being punished with what seemed like constant price increases and disappearing discounts? They complained, loudly and often, of their plight.

Junior observed that Dad’s customers were not as punctual with invoice payments as they had always been in the past. He overheard a conversation between Dad and Mom about how to deal with this current cash crunch and keep the business going. There was even talk about selling the family vacation home in Tahoe! It was becoming clear that a broad section of our customer base was experiencing the cumulative effects of a downward-spiraling economy, and now it was coming for our nest egg as well. 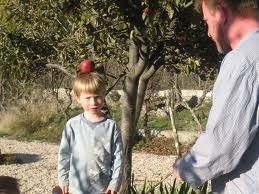 The sluggish economy now manifested itself as a significant decrease in the disposable income of Dad’s customers’ customers. This, in turn, translated into decreased order demand from Dad’s customers, which was now cutting into our operating profits by jacking up the operating expenses in terms of inventory growth, decreasing average dollars per order, growing product return volume, causing over staffing in the warehouse, and decreasing capacity utilization in the delivery fleet. Now it was backing up into the purchasing side of the house, eating into what had previously been the gravy train of the business, those ever-popular and oh-so-challenging sheltered-income deals. Seeing all this going on around him, Junior turned to Dad and asked, “Dad, you always know what to do when times are tough. I’m sure you have a plan for how to keep the business going. Right?”

Yesterday I heard Dad prophetically say, “Things just aren’t like they used to be.” So perceptive! Times they were a-changing, but not for the better. Junior sensed that something was afoot, and worried about how this would affect the family business that he anticipated would someday be his—if the business survived! What should he do?

NEXT - Junior seeks out the WIZARD for SAGE ADVICE...

The FAMILY BUSINESS: Use Help to Find Revenue Growth Opportunities Within the Organization

What Ever Happened to "Cash is King"? Part 2