Bye Bye, Twinkie. Or Is It, Bimbo Buys Twinkie?

“Give us this day our daily bread. And forgive the Bakers for killing Wonder Bread.”

On Friday, November 16, 2012, I said a prayer for Hostess Brands, the maker of the Twinkie, once known as Interstate Bakeries Corporation. That Friday, Hostess Brands ceased to exist as a going concern. They ran out of dough—as in cash.

If you read only the headlines that appeared that day, you would have a distorted view of the root cause of the death of Hostess. Looking at Facebook, you'd see thousands of comments that miss the real reason why Twinkie the Kid rides no more.

“It’s over. This is it,” Gregory Rayburn tells “Today.”

Nearly 18,500 workers would lose their jobs as the company succumbed to the crippling effects of a nationwide union strike.

While the unions, the media, and the political chattering class want to make this into an issue between Wall Street and the common working man, the real reason behind the demise of Hostess Brands lies in the theory of Schumpeter’s Creative Destruction.

The union walkout and management pulling the plug were nothing more than the killing blow. The Bakery, Confectionery, Tobacco Workers and Grain Miller’s International Union (BCTGM), representing about 6,000 Hostess employees, decided to strike after rejecting the latest contract offer. That strike stopped the flow of cash, which the company needed like we need the air we breathe to live. Hostess had only a few days of operating cash, and the Bakers strike chewed through that quickly.

Hostess Brands was on its last legs. The company had warned all 19,000 employees that they might face a mass layoff in May, 2012. Financially ill for more than a decade, Hostess Brands and its predecessor, IBC, had been fighting a war of attrition and consolidation in the baking industry.

High union wages and benefits were only one part of the problem, as the company explains in its announcement. The rising cost of commodity raw materials, grains, and fuel put tremendous pressure on the baking industry. Falling demand, caused by more diet-conscious customers and a greater selection of specialty breads and bakery products in the marketplace, hammered the large industrial bakers. As the cost of bread rose, price-conscious consumers were buying less of it. Eighty-three percent of the 19,000 employes working in Hostess's 36 plants and 500-plus distribution centers are unionized. The company grew through a long series of acquisitions, leaving it with over 372 collective-bargaining agreements, a dozen separate unions, and over 40 multi-employer pension plans.

That is a mess of a labor situation.

Perhaps the greatest pressure of all was the hammer of overcapacity. The entire industrial baking marketplace had far more capacity than demand. That overcapacity led to a great deal of consolidation in the baking industry. In 2009 the title of “Largest Bakery Company in the US” passed to Bimbo Bakeries USA, part of Mexico’s Grupo Bimbo. Beginning with the 1994 purchase of Lot Hacienda, a tortilla company in Southern California, Bimbo started to collect regional bakery operations in California, Texas, Oregon, and Colorado. With the purchase of the George Weston, LTD bakeries in 2009, and the 2011 acquisition of Sara Lee's fresh bakery business, Bimbo Bakeries USA became the powerhouse in the US baking industry. After the Sara Lee purchase, Bimbo grew to 75 bakeries in 31 states, serving the entire continental United States with more than 13,000 sales routes. With the Sara Lee deal, Bimbo grew to more than twice the size of the #2 US player, TastyKake owner, Flower Foods.

In 2007 Bimbo partnered with one of the unions (I suspect it was the Bakers’ Union) and US investment firm Yucaipa to buy up Hostess in its first bankruptcy. Bimbo pulled out of the deal, which was valued at $580 million. It was not the first time the Mexican baking company had eyed Hostess. As far back as 2000, Bimbo looked at Interstate Bakeries as an opportunity to expand into the US; at the time, Bimbo needed the ovens, warehouses, and fleet of delivery trucks and routes. That was before Bimbo really started to roll up the baking companies. They now are the proverbial 800-pound gorilla, with an efficient network of modern bakeries, strategically placed distribution centers, and a massive fleet of delivery trucks and drivers.

Now it looked like Bimbo might scoop up a bargain—$135 million for the brands only—if this NBC report is to be believed.

Hostess and the Twinkie didn't have a prayer, as they shrunk to the status of a smaller player in the baked goods market. The baking companies are constantly fighting for shelf space, buying their shelf slots with promotion money, marketing funds, and shelf-slotting fees. The bigger Bimbo could afford to buy more shelf space. Walk into the bread aisle of any grocery store and see how that aisle has shrunk over the past five years. Consolidation in the industry built the majors like Flower and Bimbo, whose enormous cash flow enabled them to pay the shelf fees to crowd out the weaker players. IBC/Hostess could not afford to increase their marketing budgets, and they could not buy the shelf space back as Bimbo paid more to the grocery stores. Less shelf space means less revenue, and that is the long-term kiss of death to an old-line baking company.

The baking business is a cash flow and cash turnover business. The margins are thin; money is made by turning over the cash like a spinning wheel. There is not a lot of finished-goods inventory, and in that business you really don't want to own a lot of raw materials either. The finished goods are very perishable—all jokes aside about how Twinkies never go bad, they spoil and go stale like any other food product. The bread baked today goes on the shelf today, and it is consumed in less than a week. Working capital turnover is like 50 times a year, perhaps more if the business is really well run. The turn is the secret. If you sell one million loaves a day, making 10 cents operating cash profit on each, you still make $100,000 positive cash each day, and $36.5 million per year. But if your market collapses and you get squeezed off the shelves, your loaves sold drops. If you sell only 20,000 a day, your operating cash plummets to $2,000 per day and about $730,000 in OCF.

Hostess had to have strong cash flow to pay the debit. The declining revenue sealed their fate.

As much as everyone wants to blame the death of Hostess on the division between management and labor, this storyline does a real disservice to their management team and to the industry. Frankly, the 97 percent of BCTGM members who rejected the contract Hostess offered were rejecting reality. Based on our research, there was so much over-capacity in the industrial baking market that there is still excess capacity in the market. The reality is that the marketplace did not need Hostess or its employees.

The Teamsters, a union that has a well-earned reputation for hardball strategy and tactics, made concessions in their contracts with Hostess management. The Teamsters saw the numbers, looked at the industry and the marketplace, and decided that a job with less pay and fewer benefits was far better than no job at all. The Teamsters did not cave in; they looked at reality and decided that self-immolation was not a positive outcome.

Look at that stark reality again. The closure of Hostess will not mean empty shelves; there will not be a lack of over-processed sugar-filled baked goods available to the public. We may not be able to find a Twinkie, a HoHo, or a Hostess Apple Pie, but we have many alternatives. The Teamsters, who could find warehouse and driving jobs in other companies, understood that harsh reality, and chose to accept a deal to help keep the sick company alive so they could stay employed. 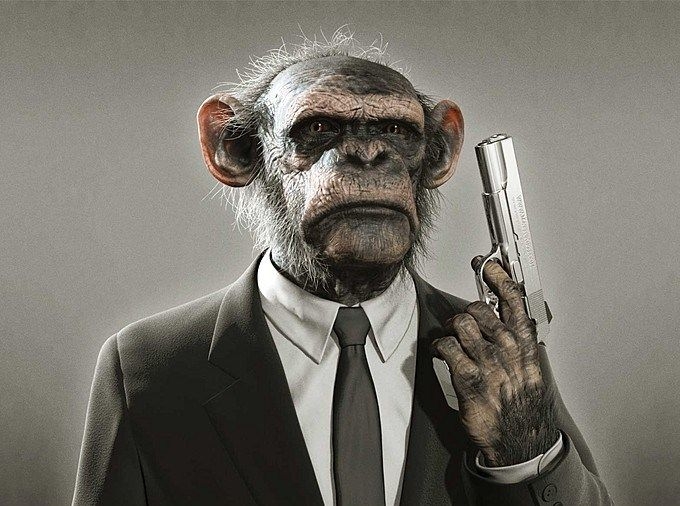 What does that say about the strategic thinking of the leaders of the Bakery, Confectionery, Tobacco Workers, and Grain Miller’s International unions? With so much excess capacity in the baking industry, where are the bakers going to find new jobs? They are not like warehouse workers and drivers; bakers have fewer opportunities for work.

If helping to remove excess capacity from the baking industry was the intended outcome, then bravo—BCTGM leadership did a great job. But if what they wanted was to play hardball with management, thinking that the investors and managers would cave in, then perhaps they should have reevaluated the situation. The Teamsters handled the situation wisely, and the Bakers should have taken the hint.

The bottom line:  the Bakers failed to realize that as close to death as Hostess was, it would only take a few days with no product in the pipeline to sell for the cash flow to stop. They had to make bread dough to make money dough. When the Bakers went on strike, there was no dough to sell, and no dough to pay the bills. Management had only one choice:  shut the doors.

As I explained to a client: